February 10 2014
70
We have a long-standing tradition in Russia - to scare children of small “baba” (“babaykoy”) so that they do not play pranks, so that their parents can obey. Sometimes it helps, and sometimes everything goes according to the well-known thesis: “We wanted the best, it turned out as always ...” Apparently, the tradition of “kicking” in their work (but in relation to the adult part of the country's population) decided to use such an interesting organization as the Federal Tariff Service (FTS ) led by its leader Sergei Novikov. Well, or this organization itself was born in its time into the world, so that the Russians did not have the desire to “disobey their elders” ...


So, this same service the other day came out with another “breakthrough” proposal, guided, of course, by the desire to make the life of an ordinary citizen better and more colorful, satisfying, lighter and warmer ... The proposal is as follows: to oblige Russians to pay in addition to the payment for consumed electricity there is also a monthly subscription for the very possibility of using this very electricity ... That is, if there are cables to the house (apartment) (and in Russia today it’s not so easy to find a house to which such wires are not connected), then businessman thereof would have to pay not only the objective they spent kilowatt-hours, but also proper that these kilowatt hours he "allowed" to spend for lighting, heating, the use of electrical appliances and other purposes. 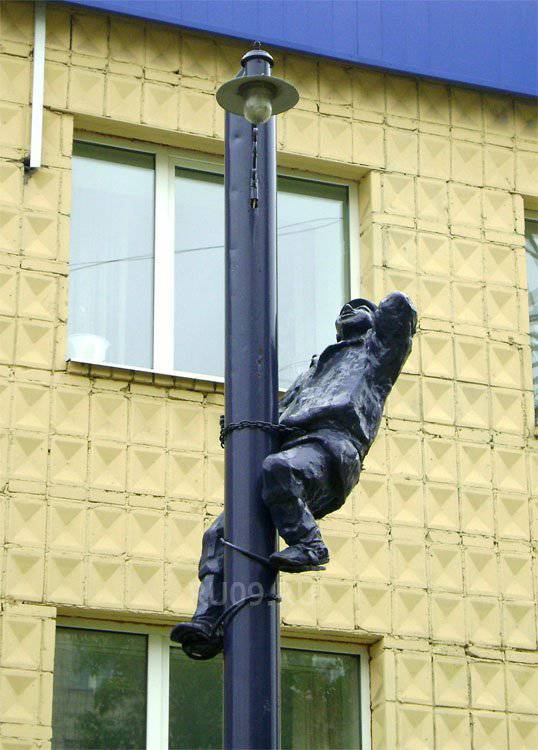 The motivation of the FTS is approximately the following: it is necessary not only to receive (generate) electricity, but also to bring it to the consumer, and it’s good, if this consumer pays for the “burnt light” - then the costs of operating the power transmission lines pay for themselves, and if they don’t pay, then the power engineers work at a loss ... They say that if everyone in Russia “nazhigi light”, paying for this opportunity provided by the power industry, the FTS would not even think about this course for the population as a subscription fee, and so - not only thought, but also suggested this legalize the fact.

Well, you can only regret all the energy companies put together, because they, the poor fellows, it turns out, have a hard time - people are pulling wires to their houses, and someone, you know, doesn’t even use electricity. This, of course, leads to the fact that the top management of such companies interrupts literally from bread to water ... And so that the "energy" top management live better and more fun, the FTS offers the Russians once again to throw off - now to the wires - for that that we were blessed with the opportunity to use electrical energy.

Of course, the FTS "responsibly" declares that people who spend electricity and pay for it do not need to expect increased amounts in their receipts. Like, all the “reform” is directed only to those individuals who, having some kind of housing with electricity communications, do not consume electricity or consume it, but simply do not pay for it. And the rest, they say, can sleep well ...

FST:
The point is, without increasing or even reducing the payment for low-income consumers and the middle class, to transfer part of the burden of paying for electricity transmission to the owners of built but idle cottage villages or those who invest in the purchase of apartments, which then stand empty. This applies, for example, to the new areas of the mass summer cottage and cottage development, where houses appeared, the infrastructure was built, but consumption is zero.

On the one hand, thinking seems to be sensible. He built a cottage, but you are not going to live in it in the foreseeable future - be nice - pay the subscriber. But still the soundness here, as they say, from the evil one. Why? Yes, because if a person has cottages and apartments that he does not use, then he is unlikely to be imbued with the ideas of the FTS and will immediately run to pay off all the accumulated subscriber debts. And here, as they say in “What? Where? When?”, The attention is the question: who will pay for the subscriber debts of people who do not live on their living space? There is an opinion that paying for them will be “offered” to those Russians who use the “wires” regularly and pay for the consumed electricity as well - that is, the usual average law-abiding citizens. What is called, they will “scatter” at all after they realize that “Ivan Ivanovich” does not intend to pay for their two “dachas”, because electricity does not “burn” there.

It is then that “Petr Petrovich” will receive, which pays for everything, and so regularly, a new calculation - with the debts of “Ivan Ivanich” taken into account.

In addition, to put it mildly, the possible structure of subscription fees is not completely clear. Will it be the same (after all, the wires are the same for everyone) for a retired old-fashioned country house that refused to operate because of health reasons and for a vice-mayor or assistant deputy who built the X-NUMX three-story cottage "just in case"? ..

If the FTS is going to introduce a monthly fee, aimed at raising funds from people who have “extra” housing, then, so that law-abiding people would not have thoughts about another cheating, the innovation should be a priori transparent. For transparency, the FTS is simply obliged to give reinforced documented guarantees that Pyotr Petrovich will not pay for Ivan Ivanich if he accumulates his debts and, excuse me, send the FTS together with the power engineers and their subscription fee to hell. If the Federal Tariff Service is not ready to give such guarantees, then it is clear what this undertaking will lead to. It will be even more interesting if the FTS does not give any guarantees, and the “little idea” will still pass with the approval of the authorities (including local ones). In this case, the citizens of Russia may well enter their own “tariff” for the functioning of the FTS and the government - with all the consequences ...

Ctrl Enter
Noticed oshЫbku Highlight text and press. Ctrl + Enter
We are
Results of the week. “You see, every year my friends and I go to the bathhouse. This is our tradition. ”Results of the week. "Enter the ambassador citizen!"
Military Reviewin Yandex News
Military Reviewin Google News
70 comments
Information
Dear reader, to leave comments on the publication, you must sign in.