Government thoughts on the development of the Far East

February 11 2014
88
In the 2014 year, 110 performs years from a point that can no doubt be called a landmark in stories our country. In 1904, a direct rail track was opened between the then capital (St. Petersburg) and Vladivostok due to the appearance of the Circum-Baikal Railway. This event was one of the stages of commissioning of the Trans-Siberian Railway, which actually brought the Far East closer to Central Russia, fulfilling the role of a kind of consolidator of the Russian lands from the Baltic to the Pacific Ocean. It is difficult to overestimate the role of the connection of parts of Russia as remote from each other as the Far Eastern Region and Center, as it is difficult to overestimate the benefits of the Transsib contribution both to the economic development of the state and to its security.


However, after so many years, Russia comes to the conclusion that for the full use of the potential of the Far East, there is only one railway, even the longest in the world. In addition, as is known, the resources of the Trans-Siberian Railway have already ceased to meet the requirements of the modern economy. The frank weak development of the Far Eastern infrastructure, the lack of transport routes, the huge prices for air tickets lead today to a decrease in the population of the Far Eastern Federal District. Statistical agencies, both in the Far Eastern Federal District and, so to say, of central subordination continue to publish disappointing figures on Far Eastern demography. In 2013 alone, the population in the Far East declined in 9-ti (from 10-ti) subjects of the region (only in the Chukotka Autonomous Region the figure was almost unchanged - about 50,8 thousand people). The largest decline in population was observed in the Amur Region - approximately 13 thousand people (with a population of 812 thousand inhabitants).

The average population density in the Far Eastern Federal District has reached its lowest level in the last three decades. Today, demographic density indicators are 1,01 people per square kilometer. (more than a third of Russian territory has less than 6,25 million people). Population growth has been recorded in large cities of the region (Vladivostok, Khabarovsk, Yuzhno-Sakhalinsk, Yakutsk), however, regional demography specialists associate the reason for this growth mainly with local migration - when people often refuse to live in small towns and rural areas for that reason. the simple reason that it is extremely difficult to find work in them not only with decent wages, but also work in general.

If this situation is observed further, then, according to the estimates of the same Far Eastern demographers, the population in the district after 5-7 years may be below the “psychological” mark in 6 million people. For obvious reasons, such a number clearly does not match with plans for a substantial development of the region, which means that measures should be taken, as they say, “yesterday”.

The Government of Russia, as one of the measures to attract the economically active population to the Far East and, accordingly, the development of the region, proposes to transfer a number of state corporations to the FEFD. A few days ago, Dmitry Medvedev took the initiative. At the same time, Medvedev noted that in terms of competitiveness with the countries of East Asia, our Far East lags behind tremendously. That, as they say, everyone understood perfectly well before Medvedev's speech ...

The proposal of the head of government is as follows: to develop a competitive base in the region, to attract investment, increase the number of jobs in the Far East, it is necessary to transfer some state corporations together with offices and a taxable base. 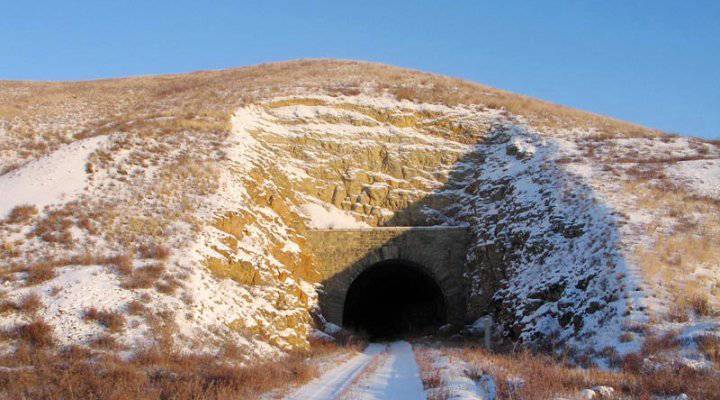 At the same time, Dmitry Medvedev did not tell which state corporations could set out to "conquer" the Far East, but noted that it was necessary to consider the issue of preferential taxation. Apparently, the government is not going to, as they say, give the central office for relocation to specific companies, but is going to attract them with carrot in the form of tax benefits. According to Medvedev, tax benefits may be as follows: 7% is a payroll tax, 10% is a tax on profits.

The idea is certainly sound, but, as you know, from the idea to its full implementation, we sometimes have an insurmountable gulf - especially when it comes to government initiative ... Government initiatives may well remain nothing more than initiatives, which in a couple of times months, many simply forget. Will they forget this time?

In principle, if the proposal of Dmitry Medvedev will be implemented, then it can be a kind of test "for lice" for representatives of the very state corporations. If for them the possibility of saving in terms of tax preferences has weight, it means that companies conduct a fairly transparent business. If a hypothetical opportunity to save on taxes "does not warm" such companies, then this may mean, among other things, that they do not perceive such a concept as "tax benefits" initially, since the state budget will still provide them with the necessary financial injections and, with the payment of taxes, it is possible to carry out a “flexible policy” at all if there are lawyers who know the holes in our legislation. However, even with the possible relocation of large companies may manifest its own nuances.

To understand how effective the initiative of Prime Minister Medvedev can make in the Far East, it is worth considering a current example of the “transfer” of employees dismissed from AvtoVAZ to the FEFD. Literally at the end of January, the Ministry of Development of the Far East appealed to the authorities of the Samara region to “explore” the employment opportunities of the “released” (this is a quotation from the ministry’s address) at the Far Eastern enterprises. If we talk about the employees whom AvtoVAZ decided to “release” (what a word!) Before the end of 2014, it is more than 7 thousand people due to the reduction in sales of manufactured products by 12%. One of those enterprises where it was planned to “transfer the released ones”, according to some information, should have become a very successful enterprise “Sollers - Far East”. The company is engaged in assembling cars UAZ, ISUZU, SsangYong.

However, it turned out that, to put it mildly, the Far Eastern enterprise is not eager to receive workers who have been released from AvtoVAZ. The Sollers press service noted that so far there are no vacancies at the enterprise, and that they “may appear”, but not in the near future and obviously not in a large-scale version.

That is, the ministerial initiative literally rested in the interests of a private trader, and, as they say, try to promote ... Naturally, the situation could be much more blissful if it were about large state corporations moved to the Far East. For obvious reasons, their leadership could be more accommodating. But the point is not only in compliance, but also in the elementary laws of the market. If the products in the region (in the countries adjacent to the region) are not in active demand, will there be a benefit from the company's "relocation"? Hardly.

This means that before you “move” someone somewhere, you need to take a closer look at studying the market, studying the demand for certain products, and studying the factors of unemployment in various locations to investment projects. Otherwise, the relocation of state corporations will turn into another blow to the budget, on which a narrow circle of people will benefit, who have nothing to do with the aspirations of Far Easterners ...