Declassified archives of the CIA: how to act in the captured country 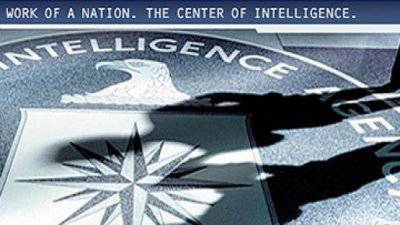 Pay attention to these documents!


These are the declassified archives of the CIA, describing in detail the actions of the Central Administration in the target country.

So, what are the actions of the United States:

4 August Department prepared briefing papers for the President and the Chiefs of Staff Committee:

for November 1 500 paramilitary trainees and 37 radio operators will be ready for action. These groups will be made available to commanders for deployment or for capture purposes.

It is also noted that the success of the operation largely depends on how widespread the "resistance movement" is in the territory.

2 main propaganda mechanism: radio and leaflets. Nevertheless, the ground was prepared for the use of captured media: newspapers and printing houses. The purpose of propaganda: to carry out support for military and political actions. 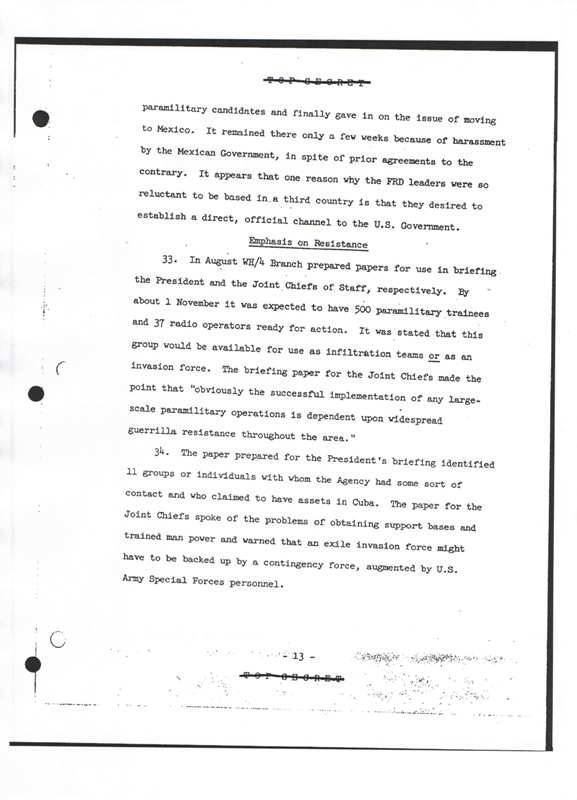 explain to them how to fight

intimidate the forces united with the government: to push them to desertion or panic, confusion, uncertainty

guide people, explaining how and where they can join the "resistance"

instruct the population how to fight on the ground (strikes, seizures)

deceive the enemy by forcing you to waste your energy

You will recognize the characters and methods, isn’t it?

The coincidences are obvious. Are you suggesting that 2013-2014 is being said about Ukraine, or is it a new “internet duck”?

Not! The following texts deal with the preparation of a military operation to overthrow Fidel Castro in Cuba 1960-1961 in the Bay of Pigs.

These documents are received absolutely officially - they are posted on the educational portal of the University of Washington.

The technologies are the same, after all, people do not change: they are subject to fear, ignorance, and greed.

But the methods have been improved: there is the Internet (although the radio broadcasts too), there is freedom of speech and "peaceful assembly"

Operation 1961 failed largely because America acted within the framework of the "plausible denial" doctrine of US intervention, which tied their hands: it was impossible to conduct military operations in front of the world and the public, without revealing the identity of the troops. Multiple reports were compiled, errors were studied in detail and - oh, yes! - they learned! They act openly, nakhebisto, violating all the laws of international law under the pretext of "democratization."

But, this is only talk, intimidation, war of nerves! The UN Charter proclaims in Article 2 pr 7 .: This Charter in no way gives the United Nations the right to intervene in matters that are essentially within the internal competence of any state, and does not require Members to submit such cases for permission in accordance with this Charter.

The United States will not dare to take other actions besides provocations, bribery and blackmail. Waiting for errors, counter-response. Pace spits saliva and gives out a mountain of resolution - but they are toothless. “The Council of Europe cannot issue binding laws” - this is the provision of the organization’s charter, but these resolutions do not regulate anything, do not offer a decision on the merits, but only encircle Russia "in pressure", while not a single Russian politician has allowed himself " to teach "and" make decisions on Ukraine ", despite the occupation of Kiev of various stripes by diplomats and representatives of the authorities of the West ?! Divorce for the impressionable!

It is necessary to endure, not to succumb to "panic, confusion, uncertainty."

Syria did not dare, but where could they go to Ukraine.

Be vigilant and do not hesitate, “to doubt means to lose force”!

Ctrl Enter
Noticed oshЫbku Highlight text and press. Ctrl + Enter
We are
About Stalin and KhrushchevMilitary reform as an integral part of the security concept of the Russian Federation: Systematic dynamic assessment
Military Reviewin Yandex News
Military Reviewin Google News
59 comments
Information
Dear reader, to leave comments on the publication, you must sign in.