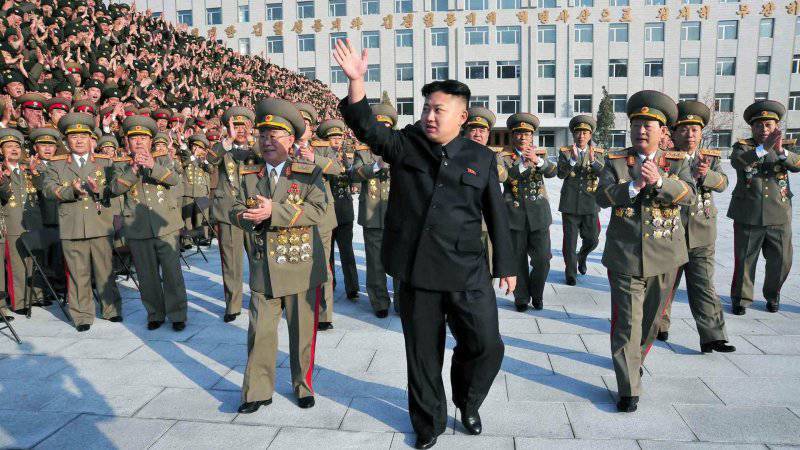 Kim Jong-un, head of North Korea, Supreme Commander of the North Korean Armed Forces, First Secretary of the Central Committee of the Labor Party - a mysterious figure for intelligence and political experts around the world. When Kim Jong Un took over the reins of power, he was compared with Mikhail Gorbachev and believed that the son of the late North Korean leader Kim Jong Il would abandon his father’s policy. Today, completely opposite opinions are heard, and Kim Jong Un is sometimes called North Korean Joseph Stalin. What is the reason for such dramatic changes? Who is the young leader of the DPRK - a reformer or a defender of traditions?

Results of the first years of Kim Jong-un's rule

When it became clear in December 2011 that Kim Jong-un, the representative of the new generation of North Korean political elite, would become the new ruler of North Korea, many analytical agencies decided that the Juche era had come to an end. Special news from Pyongyang, they were happy in South Korea, in Japan and the USA: well, finally, another Gorbachev! Now another proud republic is at the deathbed. However, the young leader disappointed foreigners: Contrary to expectations, North Korea accelerated the pace of development of its nuclear missile program, and by the end of the first year of Kim Jong Un's rule, entered the club of space powers. Pyongyang claims that he has enough forces to launch a nuclear retaliation against the United States in the event of American aggression. Yes, such words would never be heard from the mouth of the “great reformer” Mikhail Gorbachev.

Even more surprising were the reports of the trial of Chan Sung-taek - uncle Kim Jong-un - and of his execution. Chan Song Thanh at the time of his death Kim Jong-il held a key post of head of the organizational department of the Central Committee of the Labor Party, and was also vice-chairman of the State Defense Committee. In fact, power was in the hands of Chan Song Thaek, because the military was accountable to him. But the young leader of the DPRK did not want to play the role of a puppet in the hands of the military. To avoid the establishment of a military dictatorship, Kim Jong-un took the forced step and, with the support of like-minded people, sent his uncle to resign.

Finally, Kim Jong-un did not begin Gorbachev's "liberalization" of public and economic life, as predicted in the West. Speaking about the upcoming cardinal reversal of North Korea, foreign experts proceeded from the fact that the young leader has close contacts with the Western world, in particular, received a higher education in Switzerland. However, Washington did not receive a second Gorbachev, although he counted on this: Kim Jong-un remained true to the old order, although he adapted them to the new conditions that had arisen as a result of the continuous development of North Korea under its two previous rulers.

Thus, to date, none of the forecasts made by Western intelligence agencies and analytical agencies in the 2011-2012 have come true.

The word "reform" in North Korea do not like: people are not ready to radically change their former way of life. It is known that all countries that have abandoned the communist path of development have suffered instability, the consequences of which have not been overcome until now. The DPRK does not want to be like these states: the danger of the so-called “liberalization” is realized both by simple workers and the leaders of the republic.

However, Kim Jong-un still implemented a moderate transformation. Of course, compared with the destructive Gorbachev reforms, the activities of the new North Korean leader are not so noticeable, but for the DPRK it is incredibly important.

Thus, Kim Jong-un successfully resisted the threat of military dictatorship and was able to ensure the supremacy of civil society over the armed forces, unlike many US allies, in which the military grossly violates moral norms, if not the source of internal threats to their homeland. The timely execution of Chan Son Thaek and the resignation of twenty high-ranking military officials allowed to relieve the tension in the republic: in no case should the military become an instrument of policy.

At the same time, Kim Jong-un began the modernization of the national economy. This is not about heavy industry: the DPRK boasts a galaxy of giant coal mining, steel smelting, building Tanks and satellites. The weak point of North Korea is agriculture: in the 90s, the agricultural complex could not fully provide the residents of the republic with food, and although it was possible to get out of the crisis, Kim Jong-un is currently taking all possible measures to avoid a recurrence these events in the future.

For example, in the 2012 year, the "Instructions of 28 June" were adopted, which legalized personal household farms. In addition, in accordance with the "Instructions", in order to motivate labor on the lands belonging to collectives, each labor unit was allowed to keep a third of the harvest. This means that the viability of peasant collectives now directly depends on their productivity.

Also in the "Instructions 28 June" contains a provision to reduce the minimum size of labor units: now every link must include at least 5-6 people: the rest of the peasants can engage in the production of home products.

Similar reforms in the 70s were carried out in China. The measures taken then helped the Celestial Empire to avoid food shortages, and at the same time allowed to improve the quality of food. The current move forward of the PRC is the result of these food reforms. It is possible that the DPRK, if properly managed, will reach the same heights as the Celestial Empire.

Speaking about the economic policy of Kim Jong-un, we should mention the readiness of North Korea to actively cooperate with foreign investors. Thus, Pyongyang announced its intention to open an international industrial zone in the Kaesong industrial region, where high-tech products will be manufactured. Now only companies from South Korea are operating in the Kaesong region, however, when Kim Jong-un expressed his willingness to support other investors from abroad, corporations from Singapore and Hong Kong became interested in the industrial zone.

It is curious that even Kim Jong Il wanted to create a special economic zone on the border with China, where the principles of a market economy operate. For this, in 2002, even the Sinuiju Special Administrative Region was created.

The image of North Korea, badly tainted by its southern neighbor, as well as the States, Kim Jong-un is going to fix it. Investors should be aware that the DPRK is a decent country, not ready to give up its principles and given promises. To do this, Kim Jong-un initiated a campaign to develop tourism: the new head of the republic is well aware that the "black PR" by the enemies of the DPRK only stirs interest in it, and foreigners want to see North Korea from the inside.

The flow of tourists to the DPRK began to grow at an avalanche rate even during the reign of Kim Jong Il, however, it seems that the new ruler of the republic will turn tourism into a full-fledged industry. Thus, in the east of North Korea, by order of Kim Jong-un, a world-class ski resort is being built. Next to the demilitarized zone from 2002, there is already a special tourist region called Kymgansan, which travelers from South Korea can visit.

So far, the lion's share of tourists in the DPRK - the Chinese. Obviously, Kim Jong-un wants to attract Europeans, who, because of American propaganda, perceive North Korea as an evil empire in miniature. Tourism is not only profit in the budget, but also the establishment of partnerships with many countries of the world.

In general, Kim Jong-un can not be compared with either Gorbachev or Stalin. On the one hand, the young North Korean leader is busy modernizing the economy, on the other - trying not to destroy the country created by the efforts of several generations by reforms. In order for North Korea to overcome the difficulties that for objective reasons any state in the world is facing, all reform processes must remain controlled. Enlightened Kim Jong-un understands this, and no matter how they treat him in the United States or Russia, it can be said with confidence: the new ruler of the DPRK will act solely in the interests of his country, not pleasing with Gorbachev's “reforms” Washington, and, at the same time, Aging to achieve goals without the use of excessive force. The path chosen by Kim Jong-un is unique, and it is not known what other surprises the new head of North Korea will present to his compatriots and foreign diplomats.