How many nuclear warheads does Israel have? 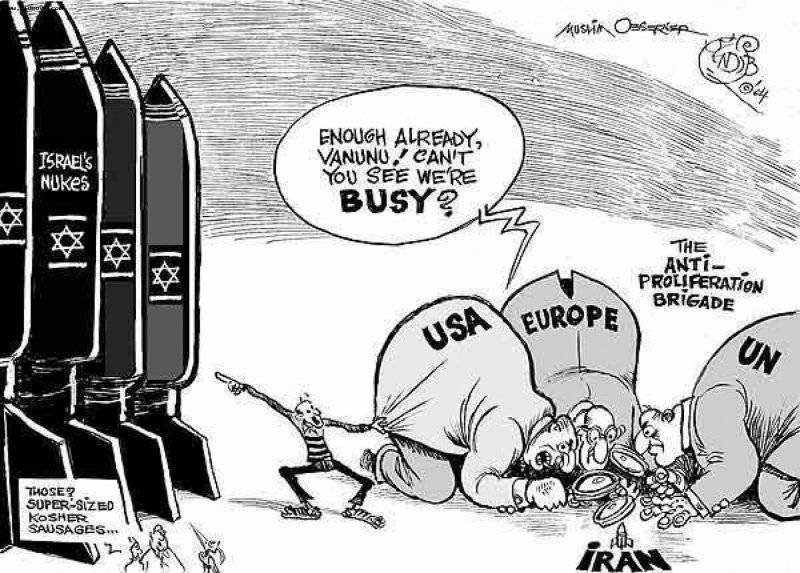 One of the most interesting questions of international politics is the exact number of states with nuclear weapons. It is reliably known about the presence of such weapons in seven countries (Russia, USA, Great Britain, France, China, India and Pakistan). The exact status of two more states is not completely understood. In 2012, the DPRK declared itself a nuclear power, although the fact that it possesses such weapons is the subject of fierce disputes. Another nuclear power, the status of which has not yet been officially confirmed, is Israel. Over the past decades, various information has regularly appeared that can be considered confirmation of the existence of Israeli nuclear weapons, but it has never been confirmed or refuted.

Officially, Israeli nuclear research began in the year 1952, when the Atomic Energy Commission was formed, with E.D. Bergmann. According to some reports, a few years before the start of the Commission’s work, Israeli scientists had already made some attempts to begin research on nuclear technologies. In particular, some sources mention geological surveys of the late forties, the purpose of which was to search for uranium deposits in the state. After the creation of the Atomic Energy Commission, Israeli specialists began active research in a promising area. Some help was provided by their American and French colleagues.

In 1956, near the town of Dimona in the Negev desert, Israeli scientists began building their first nuclear reactor. According to some information, French specialists helped them in this matter. A natural heavy uranium reactor was connected with turbines and generators, which produced up to 26 MW of electricity. In the future, this nuclear power plant was repeatedly upgraded, significantly increasing its capacity. Among foreign specialists, the opinion that the reactor at Dimona was actually a “factory” for the production of weapons-grade plutonium is widely used. Such suspicions are often used as evidence of Israel’s nuclear weapons.

Since the mid-sixties, the Nuclear Research Center has been operating next to Dimona, which has various laboratories, technological lines, etc. It is often suspected that, among other equipment, this center has radiochemical installations for the isolation of plutonium from irradiated fuel, gas centrifuges and other equipment necessary for the manufacture of nuclear weapons.

Already in the late sixties, the American CIA noted that Israel possesses all the necessary technologies and is capable of creating nuclear weapons. According to the estimates of the Stockholm World Research Institute (SIPRI), to date, Israeli defense enterprises have been able to produce up to a ton of weapons-grade plutonium. At the same time, SIPRI believes that Israel does not have the ability to produce large quantities of highly enriched uranium.

All information about the Israeli nuclear program has remained a secret to the general public up to a certain time. Only in 1986, the British newspaper The Sunday Times Of London published the first information on this topic. In an interview with a former employee of the Nuclear Research Center in Dimona M. Vanunu, illustrated with photographs of the object, spoke about the past and future of the Israeli nuclear program. The announcement of such information caused a sensation, although the official Tel Aviv continued to remain silent. As before, Israel did not confirm the published information and at the same time did not hasten to refute it.

The non-disclosure policy pursued by the Israeli leadership sometimes leads to interesting consequences. So, at the end of last year, the former Knesset speaker A. Burg called this policy frivolous and outdated. In response to this statement, several politicians demanded that a formal investigation be initiated against Burgh and to determine if there were any signs of treason in his words.

Western states seem to have some information about the state of the Israeli nuclear program. In any case, the participation of some foreign countries in its early stages allows us to make such assumptions. However, Western officials are in no hurry to share their thoughts on this matter. For example, in 2009, shortly after taking office, US President B. Obama urged not to speculate on the topic of the Middle Eastern nuclear powers. London shares the same position, citing the absence of relevant official statements from Israel.

Different conclusions can be drawn from the fragmentary information about the Israeli nuclear program. Perhaps the most plausible and balanced of them will be the one that implies that Israel has small stocks of nuclear weapons. The information that has been shared allows us to speak with confidence about the existence of Israeli atomic bombs, despite the silence of officials. At the same time, assessments of the potential of the Israeli nuclear industry clearly indicate that it is unable to produce large quantities of ammunition.

According to various estimates, Israel’s nuclear arsenals range from 50-70 to 350-400 nuclear warheads. Last fall, more accurate estimates appeared. Experts H. Christensen and R. Norris from the Federation of American Scientists, after analyzing the available information, came to the conclusion that there are about 80 nuclear warheads in the warehouses of the Israeli armed forces. These warheads were manufactured before 2004. Available stocks of uranium and plutonium allow Israel to increase the number of atomic bombs to 115 or 190.

Official Tel Aviv again did not comment on the next peer review. Therefore, the question of whether Israel has nuclear weapons, not to mention its quantity, remains open.

Ctrl Enter
Noticed oshЫbku Highlight text and press. Ctrl + Enter
We are
Nuclear era. Part 7"Step to war? ..." (assessment of the current state of control over the non-proliferation of nuclear weapons on the example of the Middle East countries)
Military Reviewin Yandex News
Military Reviewin Google News
117 comments
Information
Dear reader, to leave comments on the publication, you must sign in.