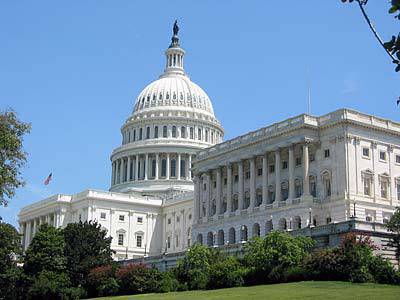 The sudden change in the course of American politics on the eve of the Geneva 2 conference plunged everyone into confusion. Washington suddenly stopped demanding a transition from war to peace, but began demanding that Bashar al-Assad move to Syria, controlled by Saudi Arabia. Thierry Meyssan believes that this is due to the desire to shift media attention to the problems of Syria, and on the sly to decide the outcome of the main American bid - Palestine.


Many wonder what exactly prevented the United States, in the time since June 2012, to implement the agreement concluded with Russia in Geneva. Washington was constantly delaying the process, Carrie’s statements contradicted each other. Of course, his tone became much softer when the crisis was resolved with a chemical weapons and preparations began for Geneva 2, but then, to everyone’s amazement, a sharp statement was made about the “friends of Syria”, followed by a speech in Montreux. It seemed that, contrary to the agreements, the only goal of the United States was regime change in Damascus, which threatened to disrupt the conference. After all, the composition of the delegation of the “Syrian opposition” was already incomplete, and Iran was excluded from the negotiation process.

For three years, Washington has been accusing Bashar Assad of all mortal sins, without even trying to explain why the level of citizens' confidence in the regime is growing rapidly and at present the state is supported from 60% to 88% of the population. Against this background, quite unexpectedly, accusations were voiced against part of the Syrian opposition, which had been accused of preparing terrorist acts against the United States.

James Clapper, the head of the US National Intelligence, during his annual speech before the Senate Intelligence Commission (29 in January 2014) reported on the threats hanging over America. In his speech, he also touched Syria, voicing the figures of the composition of the "rebels" that do not correspond to anything. His main thesis was that on 80% these were “moderate” opponents of the regime, who could easily receive financial aid from the United States, for which the US Senate secretly voted at the time. But he also noted that Syria had become a magnet for all the terrorists on the planet, and the biggest surprise was the statement that it was in Syria that terrorist attacks against the United States could be prepared.

On Sunday (2 February 2014), the US Senators 15 informally met with Secretary of State Carrie outside the scope of the security conference events in Munich. Two participants in this closed conversation - John McCain and Lindsay Graham - talked about this conversation to three journalists Fred Hiatt from the Washington Post, Jeffrey Goldberg from Bloomberg and Josh Rogin from The Daily Beast. Referring to their words, the journalists said that the Secretary of State admitted defeat in Syria and reminded about the supply of weapons of mass destruction to certain groups of "insurgents".

US Department of State spokesman Jennifer Psaki (Jennifer Psaki), as well as White House press secretary Jay Carney (Jay Carney) were quick to refute the words of senators, but this did not deceive anyone. It became clear that the Secretary of State was a Democrat, two Republican senators and three Zionist journalists jointly preparing a steep political reversal of public opinion.

4 February The Washington Post published an unsigned editorial calling for a revision of US foreign policy due to failure in Syria. The conclusion was: "With or without the United Nations, but it would be time for the Obama administration to establish whether the crimes of the regime occurred, and whether al Qaeda threatens the United States, there are still no answers to these questions."

So how to understand all this?

More than a year ago I published an article in the journal However, where I described in detail the essence of a secret treaty on the Middle East between Moscow and Washington. Among other things, I emphasized that for the White House in this region, oil and not Syria are no longer important, but Israel. And Barack Obama is ready to give up part of his influence in the Middle East in exchange for the guarantees of the Russians to protect the Jewish state.

I wrote: “When the situation in Syria stabilizes, an international conference will be held in Moscow on the issue of a peaceful settlement between Israel and its neighbors. The US is convinced that there can be no separate peace treaties with Israel and Syria, since the Syrians first of all want the solution of the Palestinian issue from the standpoint of Arabism. Moreover, it is pointless to conduct separate peace negotiations with Palestine, since the Palestinians are too divided, and only Syria is able to take on the role of the one who will force them to take into account the decisions taken by the majority. Thus, the agreement should be global in type of the Madrid Conference (1991). According to this logic, Israel should, if possible, return to the borders before the 1967 year, and the Palestinian territories and Jordan will be merged into a Palestinian state. The leadership of this state will be transferred to the Muslim Brotherhood, which will suit the current heads of Arab states. The Golan Heights will return to Syria in exchange for Lake Tiberias, according to a scheme that was discussed at 1999 in Shepherdstown. It is Syria that should become the guarantor of compliance with the agreements by the Jordanian-Palestinian side. ”

Thus, inconsistencies and contradictions in the US position, as well as the symptoms of a quick change in the political course, are explained by the fact that it is not so easy to promote the Palestinian theme along the verticals of the institutions involved. But this is the key issue that John Kerry stressed during a joint press conference with Wolfgang Ischinger in Munich (February 1 2014). The state secretary said: “We are all interested in solving this problem. No matter where I was - and I’m not exaggerating - in the Far East, in Africa, in Latin and America, everywhere premieres and presidents ask me the same question “Can you do something for us to finish with the Israeli-Palestinian conflict? "".

In July 2013, John Kerry ordered both parties to solve the problem in nine months (that is, by the end of April, 2014). Such a requirement stunned everyone: how can one put a hypothetical point in a question that no one has been able to answer for 65 years? This is only possible if the world in Palestine is directly connected with the world in Syria.

Speaking to the crowd (February 2 2014), Jordanian Prime Minister Abdullah Ensour reported on the situation and stressed that for some time negotiations began to be conducted very seriously, in private, and without leaks to the press. In his speech, he spoke and the position of the kingdom.

Abdullah Ensur, a former World Bank and International Monetary Fund employee, intends to get help for his country, once created by the British to solve the Palestinian issue. He said that Jordan could accept Palestinians in the West Bank and Gaza into the federation, but not at any cost. King Abdullah II will grant Jordanian citizenship to three million Palestinians who already live in the country and four million from other territories. In this case, the alignment that existed before the six-day war 1967 of the year, when Jordan, and not the Palestine Liberation Organization, represented the interests of the Palestinians, as well as controlled the West Bank and East Jerusalem, will be restored. But in exchange, the king wants to receive international assistance that could guarantee the welfare of seven million of his new subjects. Abdullah Ensur estimated this aid at $ 16 – 20 billion.

It is known that the negotiators abandoned the idea of ​​recognizing Israel as a Jewish state, and Palestine as Muslim. They agreed that if these states were officially recognized, 1,6 million Palestinians living in Israel, as well as half a million Jews living in Palestine, will be able to stay at their place of residence, provided they accept (or retain) the citizenship of the chosen territory. Mahmoud Abbas proposed that the safety of citizens in this case should be guaranteed by a “neutral” side, for example, NATO.

This plan will inevitably meet resistance from the Palestinians in exile (in this case, they lose hope of returning) and from the states that receive and support them. But Libya and Sudan are torn apart by tribal wars, Egypt fights with the Muslim Brotherhood, Lebanon is left without a government, Hazbollah fights with al-Qaeda, Syria fights with foreign invaders. Iraq is in a state of civil war, and Iran is trading. Therefore, it only remains to naturalize the Palestinians in their countries of residence, which of course will create new problems in these states (for example, social problems in Lebanon), but if Fatah, Hamas and Jordan accept this, if not the best solution, there is no one who can to challenge In any case, Iranian Foreign Minister Mohammad Javad Zarif stated in Munich that his country recognizes Israel in the framework of such an agreement, although his ministry immediately denied this information.

If this agreement is implemented, Washington will leave Syria alone, provided that it supports and guarantees the decision made. In the meantime, the war continues, although the delegation from the opposition, represented at the conference in Geneva, no longer requires anything other than the right to control the “liberated territories”, where only 250 thousand people live. The US Congress at its secret meeting guaranteed them the flow of financial assistance and offensive weapons up to September 30 2014.