February 7 2014
31
6 February 2014 at the training center in Borisoglebsk from Irkutsk arrived the next two combat-training aircraft Yak-130, transferred to the Russian Air Force after construction at the Irkutsk Aviation Plant OJSC Irkut Corporation. Unlike previously transferred, the aircraft have a new one (and rather, the “old”) two-ton light camouflage color and the red side numbers “64” (serial number 1114) and “65” (serial number 1115). Driving was carried out with intermediate landings at the airfields of Tolmachevo (Novosibirsk) and Shagol (Chelyabinsk). Departure from Irkutsk held 1 Feb ala, however, is reported to be due to technical reasons both aircraft before February 6 "stuck" in Shagol.

The web portal, forums.airforce.ru also reports that the 6 of February in Irkutsk made the first flight of the first Yak-130 built on the 2014 of the year - an aircraft with a serial number 1116.

After the delivery of two new Yak-130 in Borisoglebsk there are already a total of 45 Yak-130 planes (tail numbers from "21" to "65"). It is possible that the aircraft delivery 2014, will be further sent from Borisoglebsk to another training unit (in particular, in Kuschevskaya). 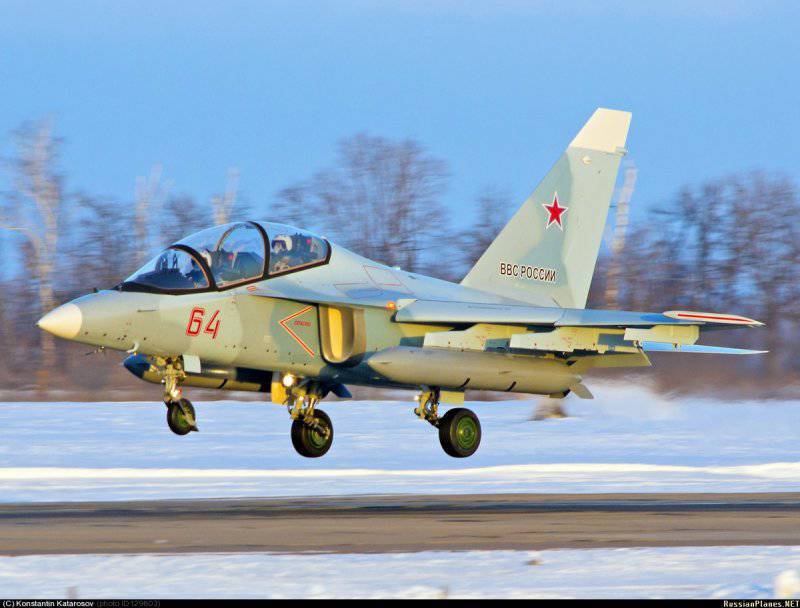