There will be no explosions at the Olympics in Sochi 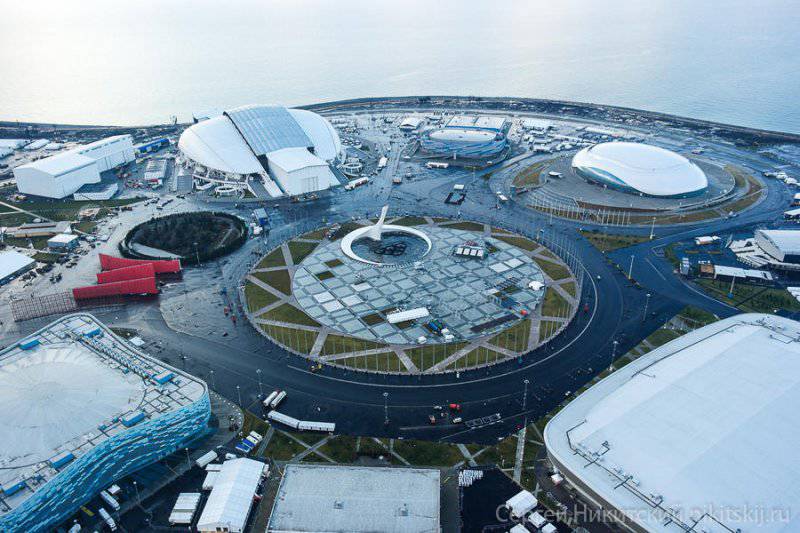 The opening ceremony of the Winter Games 2014 in Sochi will take place on February 7. On the eve, many political scientists, journalists, politicians, representatives of special services discussed the likelihood of attempts to overshadow the holding of games by extremist organizations.

The tough position of Russia, taken in relation to the events in Ukraine, and led to the fact that, despite all the efforts of the United States, Yanukovych continues to control the situation, leads to an understanding of some other facts and trends occurring recently in the world.

First, with the help of Russia (the newly introduced temporary ban on the export of Ukrainian goods to Russia), Yanukovich was able to suppress a rebellion of Party of Regions members under the control of Akhmetov, Firtash and Tigipko last week, which they entered into a deal with the pro-Western opposition.

Secondly, facts have been made public denouncing the United States in the preparation and financing of the coup in Ukraine. Indeed, 20 million dollars a week to spend on Euromaidan is a serious financial means. Those. as we assumed in the previous material, the United States, as in the earlier similar cases of coup d'état, is working on several scenarios at once. Therefore, in order to derail all scenarios, it is necessary to derail more than one, since then the other will be realized, and all at once. This is possible only when the answer is as complex and systemic as the call.

Let today Klitschko and Yatsenyuk agree on something with Kerry, who at that time made a new bet on Poroshenko, writing off political neophytes for scrap. But it is necessary to somehow implement. But as? The East and South of Ukraine began spontaneously self-organizing and for the second time they would not allow the brown lawlessness not only in their own areas, but in Kiev, and Euromaidan slowly began to curtail.

Third, as predicted earlier, discord and friction began to occur in the ranks of the opposition itself. The struggle for power in some cases resulted in a shootout among themselves. As a result, Klitschko and Yatsenyuk are simply forced to distance themselves from the protesters, who in fact do not obey them anyway. Of course, the likelihood of a hard scenario has not yet been fully written off until the end; there is still time before the start of the Olympics, but the probability of its implementation has decreased significantly. Now the focus is on the soft entry into power of Yatsenyuk, who is supposedly ready to head the government, but on the conditions that dictated Yanukovych to the US and the EU through him. Under what is promised in words and 19 billion euros - it’s necessary to kill Putin’s bet somehow.

Yanukovych, who before last week overcame the most acute phase of the political crisis, above all, is torn up in his own party, is unlikely to agree, because now it controls the situation in the country much more tightly, including thanks to the cases initiated by the SBU and the police in relation to the organizers and participants in the riots. And also appeared compromising evidence on Americans.

If we approach the problem of terrorist attacks during the Olympiad, then their conduct, similar to the 11 September 2001 September attacks in the United States, which untied the Americans to implement humanitarian intervention policies around the world, likewise unleash the hands of Vladimir Putin, who will reinforced concrete reasoning as to why Russia has the right to "kill terrorists" where it sees fit, regardless of the circumstances.

It seems that this argument has somehow begun to reach the main customers and sponsors of world terrorism. Therefore, the case is likely to be limited to the threat of terrorist attacks, but will not be brought to their real organization.

Those. once again confirmed by the maxim, that in world politics one should behave like in the yard with punks - the step retreated and everything, they rolled you out and didn’t perceive more emphasis, which we witnessed from Yugoslavia to Libya. However, in Syria, in Iran and in Ukraine they did not retreat, and the attempt to “frighten” turned out to be only an attempt to banal distribution of world cheats.

If with the Olympics everything is more or less clear now, then in Ukraine the situation moves into the next phase: making new demands on Yanukovych, frowning at the forehead more and more menacingly, the West is in fact (what the 19 amount voiced yesterday says billion euros for reforms in Ukraine from the EU) sends signals to Russia that Putin entered the market. This is just waiting.

However, Putin has time - until the end of the Olympics. If the West wants to arrange a crisis in Ukraine, let it be satisfied, the responsibility for this will lie with it. For all current alignments (the creation of the “Ukrainian Front” and other initiatives of the public in the East and South of Ukraine), we will not give up Eastern Ukraine in any way. The West also understands this, as well as the fact that he does not need a poor Western Ukraine by itself - it will be given to the Poles, Hungarians and Romanians. But in this case, the strategy of the West to withdraw all of Ukraine from Russia fails, which also does not suit him.

Therefore, the initiative is now in the hands of Putin. The West can only make louder statements to attract his attention, but they really have nothing to do with the matter. Yanukovych need only continue to firmly hold the reins of the situation in his hands, especially since, if something happens, he can now directly appeal to the people.