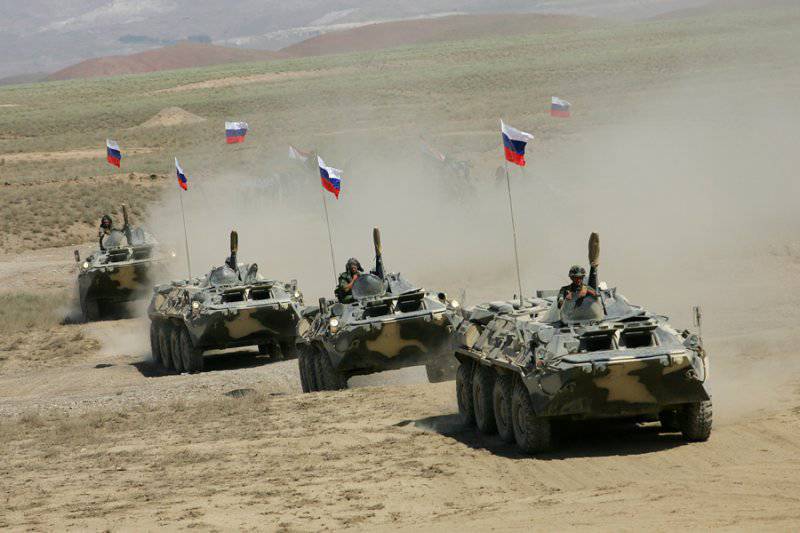 В stories with the extension of the lease of the largest land military base of the Russian Federation abroad, a full stop has been put.

Negotiations were held in Sochi between the presidents of Russia and Tajikistan, two allies in the CSTO. At the end of the negotiations, there seemed to be a formality, but the long-awaited and forced - exchange of letters on the status of the 201-th military base of the Russian Federation. Why waited for this day for so long, and how important this base is for Russia, the newspaper VIEW was looking at.

On Wednesday, after the talks between the presidents of Russia and Tajikistan in Sochi, the foreign ministers of the two countries signed a protocol on the exchange of letters of ratification agreement on the status and conditions of the 201 Russian military base located on the outskirts of Dushanbe.

This base is long-suffering and necessary for Russia. It is the largest unit of our ground forces outside the Russian Federation. In 2014, the lease was just expiring. And the extension of this lease for another 30 years (more precisely, to 2042, with the possibility of prolongation) cost Russia considerable nerves.

The corresponding interstate agreement was signed back in October of 2012, but it was preceded by active bidding.

Tajikistan wanted money, unofficially, the amounts were different, but always exorbitant - about 250 – 300 million dollars a year. Time passed, the generals were nervous. “There is a situation that may be insoluble at all. There may be a question of whether we will be there or not, ”stated, in particular, Colonel-General Vladimir Chirkin, Commander-in-Chief of the Land Forces.

When reports of Dushanbe’s claims were leaked to the press, Tajikistan was noticeably offended and began to deny everything. They say that they are ready to agree almost for free, but for this to happen, Russia must “take into account the national interests of the republic”. If to generalize and simplify, these interests can be reduced to the abolition of export duties on petroleum products and the solution of a number of issues related to the migration of Tajiks to Russia.

The problem with oil settled pretty quickly. It arose due to the fact that even in 2010, Moscow introduced duties on the export of petroleum products for the CIS countries that are not members of the Customs Union. Tajikistan is only going to the CU (taking into account the opposition from Kazakhstan and the need to wait until border Kyrgyzstan enters the CU), and the price of gas there jumped sharply. There was another problem for Russia in this regard: the risk of re-export, that is, resale to third countries, which Moscow reasonably suspects, for example, Minsk. But on the duty-free shipments in the amount of up to 1 million tons in the end agreed - Tajikistan provided the necessary guarantees.

The situation with Tajik migrants was more complicated. Dushanbe’s position is clear - the more he sends his migrants to Russia, the better for him. First, the annual remittances of Tajiks from the Russian Federation have already reached 3,6 billion dollars, which corresponds to half of the republic's GDP. Secondly, the more young Tajiks leave the country, where there are simply no jobs, the less social problems and less political risks for Rahmon. Meanwhile, the abundance of migrant workers (from one Tajikistan more than a million people) causes social problems in the Russian Federation itself, which is why the migration rules have recently become tougher, while Dushanbe demanded that they be made easier. As a result, we agreed that Tajik migrants will be able to get permission to work in Russia for up to three years, which gives them a competitive advantage, for example, over the Uzbeks.

It is said that demonstration actions with the expulsion of Tajik workers helped convince Dushanbe; however, this is unofficial information.

As a result, the document was able to sign. Let the lease be extended not by 49 years, as Russia wanted, but by 28, but earlier Tajikistan agreed on a maximum of 15 – 20. In addition, and this is important, almost no rent is required. However, even after the signing of the agreement, the problem did not disappear: Tajikistan consistently and significantly delayed its ratification in parliament, I wanted more. Namely - the modernization of the Tajik army and the border guards at the expense of the Russian Federation.

It was possible to agree. In August last year, Rakhmon arrived in Russia and it was announced that Moscow would invest about 200 million dollars in re-equipping the armed forces of Tajikistan and help him in training military personnel. Russia went for it, because it is necessary for itself: Tajikistan is a partner in the CSTO and a country bordering Afghanistan. Taking into account the fact that the international military coalition will leave Afghanistan in 2014, the presence of the military base, the combat capability of the Tajik army, and the fortified borders are the most important issues in the security context of the Russian Federation. The fact that the agreement on the lease of the base is relevant precisely in connection with the withdrawal of the international coalition forces, after the talks in Sochi, Putin himself said.

For the CSTO members, Afghanistan is the country from which drugs flow, smuggling weapon and the ideas of radical Islam. As you know, after the international contingent of troops was introduced into the republic, the drug business in Afghanistan literally flourished. And the NATO forces are struggling with poppy plantations reluctantly. The country's economy is in ruins, opium poppy is the only source of income for many residents of the republic. The more Afghans left without a livelihood, the higher the level of support for militants and other Islamic extremists. Meanwhile, the national police and the army are still at the stage of formation. And every three out of ten recruits of the Afghan National Army monthly deserted, killed, injured or captured.

Last summer, CSTO Secretary General Nikolai Bordyuzha expressed the opinion that for the time being the scenario is going in a negative way. The predictions are as follows: the growing influence of extremists and the possibility of civil war. Elections at different levels are scheduled for the 2014 in the republic, which can further aggravate the situation.

The Kremlin has its own package of proposals on the topic of “what to do when the Americans leave” (it was voiced by Putin at the CSTO summit last year). First, the CSTO needs to support the Afghan government. On the one hand, this means assistance to the Afghan National Army in training personnel to combat militants and drug barons, on the other hand, humanitarian aid and investments in the republic’s economy, since the poorer Afghanistan is, the stronger the Islamists are (the UN will also be involved in this project). , SCO and other international organizations). Secondly, it is assumed that after the withdrawal of NATO troops, countries interested in curbing drug trafficking will begin to physically eliminate warehouses, laboratories, factories and poppy plantations (this Putin’s proposal was called “breakthrough” by the media). Thirdly, the border of Tajikistan with Afghanistan should be equipped, its protection should be strengthened. Fourth, the CSTO RRF must be provided with modern models of weapons and equipment. Fifth, the special services of the CSTO member countries should work in the spike to prevent extremist threats from Afghanistan.

In view of all this, Russia is investing not only in the army of Tajikistan, but also in Kyrgyzstan, as long as it doubts that its partners in the CSTO are able to cope with their part of their obligations to support stability in the region. He is counting on the Russian Federation to cooperate with NATO on this issue, but in the absence of a positive reaction, he is not going to “slam into the closed door,” as Bordyuzha said. By the way, at the International Conference on European Security under the auspices of the Russian Ministry of Defense last year, the head of the presidential administration, Sergey Ivanov, spoke extensively on this issue. In short, there are proposals from the Russian side, but the West is deaf to them.

He spoke about the problem of left to himself Afghanistan and Putin himself. “The foreign military contingent, which is based on American forces, has not yet achieved a turning point in the fight against terrorist and radical groups, on the contrary, their activity has recently increased in particular. Nor are measures taken to eradicate drug production. We must have a clear action strategy that takes into account the different scenarios. The task is to reliably, under any circumstances, secure the interests of Russia. We need to strengthen the security system in the southern strategic direction, including the military component, ”he said, in particular.