Right Sector: We have a deadly arsenal of weapons 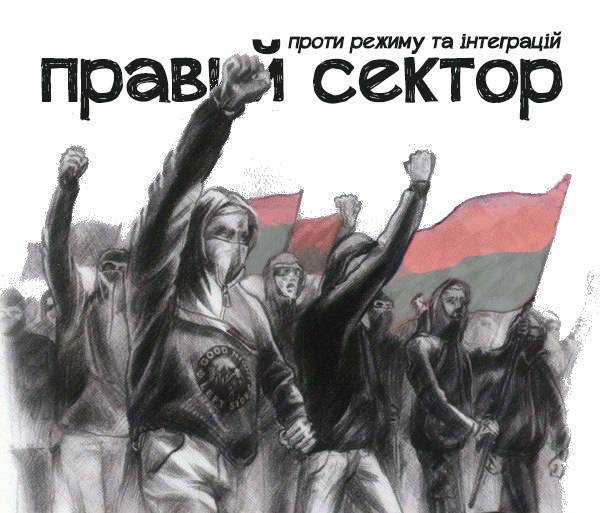 We are ready to fight The leader of the Ukrainian anti-government movement "Right Sector" for the first time gave an interview to a foreign publication. In an interview with Time journalists, Dmitry Yarosh said that he and his associates are ready for an armed struggle. In the evening of February 2, the leader of the Right Sector agreed to lift the veil of secrecy hanging over the organization. It was not just an “act of vanity” - Dmitry was tired of living in the shadows. In the last days, when the power and the opposition began to gradually find compromises at the negotiating table, the need for a military wing of the revolution diminished, as did the mutual trust in its highest echelons.

Due to pressure from the press and public Vitali Klitschko and other oppositionists distanced themselves from the “Right Sector”. The US Department of State, in turn, accused members of the group "of inciting violence on the streets of Kiev." Today, members of the movement in some way feel outcasts. In an interview with Time, Dmitry Yarosh said that his organization does not accept the intervention of other states in the situation in Ukraine. He also admitted that the “Right Sector” has at its disposal “a deadly arsenal weapons". “This is enough to protect the whole of Ukraine from internal occupants if negotiations break down,” Yarosh stressed, meaning “representatives of the current government” by “occupiers”.

Nevertheless, Dmitry Yarosh this time doubted the sincerity of intentions not only of the ruling elite, but also of the opposition leaders. “All these peaceful songs and dances around the talks ... And there’s no sense,” Yarosh is sure. According to him, dozens of detained demonstrators are still behind bars. In this regard, the Right Sector and a number of radical groups have begun parallel negotiations with law enforcement officers. According to Dmitry, they agreed with the police on the release of prisoners, although the opposition questioned this. Then Yarosh demanded that he be allowed to negotiate with the President, but was refused. But still, Klitschko and other opposition leaders cannot completely sever ties with the Right Sector. In Kiev, members of the group on duty at the barricades. When the "Golden Eagle" tried to demolish them, the soldiers put up serious resistance, throwing soldiers with stones and incendiary bottles. According to 42-year-old Yarosh, the father of three children, he never worked anywhere and was an activist all his life. Dmitry was born in a proletarian family. Childhood was spent in a small provincial town in Eastern Ukraine. Joined the ranks of the nationalists in the 1980's. When the collapse of the Soviet Union became apparent, in 1988, Yarosh joined one of the most radical groups that fought for the independence of Ukraine.

For his nationalist activities, Dmitry was sent to serve in Belarus, then to Siberia. In the army, he guarded the strategically important missile systems. The years spent in the service hardened the morale of the activist. “I once again made sure that I am on the right path,” says Yarosh. In the 1991 year, when Ukraine declared independence, Dmitry demanded a transfer to the Ukrainian army, declaring a hunger strike. However, his insistent requests were rejected. Yarosh returned home only in 1994 year. Soon he joined the right-wing organization "Trident", and already in 2005-m headed it. When the revolution broke out in Ukraine in November, Trident and several other radical groups formed the Right Sector. This organization considers Russia to be the main adversary, although it is cold about Western influence. Yarosh 20 has been preparing for the revolution for years, and now that his “finest hour” has come, the activist is unlikely to let her pass peacefully - at least not on other people's conditions. According to him, many residents of Ukraine addressed the members of the “Right Sector” with the words: “Guys, do not let us down”. “So, if the time has come for active struggle, I am ready to lead it to the end. I am not afraid of this responsibility and I see no reason to hide my face, ”concluded Yarosh.