Political occupation of Moldova. What can Eurasia answer? 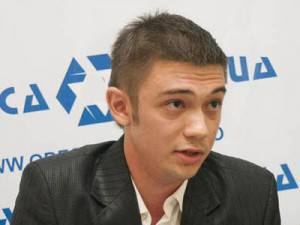 Romanian President Traian Basescu stated the need to support the current Moldovan authorities on the path of European integration, as well as to resist the “provocations” emanating from Gagauzia and Transnistria. If the “provocateurs” achieve their goal (that is, Moldova will stop on the path of the Association with the EU, like Ukraine), Romania is supposedly ready to make a “political proposal”.


What is meant by this, Basescu elaborated a little earlier, exactly under the New Year. In his opinion, the accession of Moldova to Romania should become the third task on a national scale after the entry of Bucharest into NATO and the European Union.

In order to be safe, Basescu, this ideological follower of the fascist marshal Ion Antonescu, invites the European Union to sign the Association before the parliamentary elections (to be held at the end of 2014). And then suddenly the Moldovan people will choose the left-wing patriotic opposition, which stands radically in pro-Eurasian, Moldovan positions. Because he will choose her after all: according to the results of a recent trip to Chisinau, a steady impression was created that the locals are ready to raise the existing “Alliance for European Integration” by forks.

The Romanian president knowingly mentioned Transnistria and Gagauzia as “provocative” regions. The fact is that the cultural, mental, political occupation of Moldova today is almost a fait accompli. Tiraspol and Comrat in this case act as the last stronghold that holds the territorial occupation for the time being.

However, in present conditions much more depends on Gagauzia. Everything seems to be clear with Transnistria: the Eurasian integration is supported by 90% of the population, the Russian military base is perceived as a defender of national interests, and Romania, along with the imposition of its language and culture, is perceived as an occupier. As a result, Chisinau itself recently established immigration posts at the border with the recalcitrant region, which recorded at least its territorial recognition.

But Gagauzia - that's bad luck - independence does not require, on the contrary, it requires the strengthening of the Moldovan statehood. Paradox: when the Constitutional Court of Moldova recognizes that the state language is Romanian, and not Moldovan, the Gagauz parliament adopts a resolution to study only Moldovan and Moldovan in educational institutions stories on the territory of autonomy. Further more. Both the opposition and the majority in the Gagauz parliament, between which there is a fierce political confrontation, unexpectedly unite on the need for a referendum on an external vector. This, in fact, took place on February 2: the Gagauz were asked to decide whether they want to integrate into the European or Customs Union. The choice in favor of the latter, I believe, is obvious.

Romania on the offensive

But the rest of Moldova is almost completely under Romanian influence. There are several tools here. Firstly, the main one is the institution of dual citizenship. Of course, citizenship is often not Russian, Ukrainian, or some other, but Romanian. Yes, for the most part, citizenship is formal: the Moldovans just want to go to Europe to earn money. But after all, bringing the Romanian oath, the answer to a question in any instance “who are you?” - “Romanian” carry a certain ritual meaning, which with the next generation will blur the boundaries of the former identity. And then the transformation into Romanian will happen by itself.

The second method of influence is political parties, public organizations, near-state structures and institutions. In fact, today there are about a dozen public organizations advocating the abolition of Moldovan statehood as such, and an infinite number - simply for the Romanianization of the entire cultural and social life of the country, without directly joining Romania.

The third method of influence is the training of young Moldovans in Romanian universities, with the subsequent “expulsion” of them back to Moldova. It is clear that young brains washed in the spirit of “Great Romania” are returning to their native Bessarabian land, mostly Romanian chauvinists and Moldavian phobias. There is a living example among top-level politicians - the mayor of Chisinau, Dorin Chirtoaca. A native of the capital, in 2001, he graduated from the University of Bucharest. and in 2007, with scandal, he won the election of the mayor of the main city of Moldova. It goes without saying, for the 7 years of leadership of the capital, it was not enough that brought the city to a real infrastructural collapse, it was also remembered as a frank russophobe, Moldavofob and unionist.

Finally, the media. The overwhelming majority of the Romanian-language press is controlled either by Romania or its residents within the country, two popular channels are already openly engaged in pro-Romanian propaganda (“Public” and “JurnalTV”). The most interesting thing is that the supporters of “Great Romania” make some of their content in Russian in order to be able to be heard and to have an excellent audience. In this regard, the Romanian nationalists, of course, did much more cunning than their Ukrainian counterparts.

And the saddest thing in the current picture is the absolute, almost total silence of Eurasia against this background. Political parties and public organizations are forced to defend the Eurasian choice of Moldovans on their own - to organize rallies, hold referendums, gather round tables, physically resist unionists. And all this even without the moral support of Moscow, Astana and Minsk.

The influence of Eurasian media is limited to the retransmission of Russian TV channels (and even recently some of them are limited in broadcasting), a couple of branches of major Russian newspapers (such as the pacifist Komsomolskaya Pravda and Argumentov i Fakty "and the liberal Kommersant sympathetic to the Romanians. and also the almost complete absence of Internet portals stimulated financially from Eurasia. On whether there are targeted training programs for Moldovans in Russian, Belarusian or Kazakh universities, I would generally say nothing better.

Moldova is not lost

And yet Moldova is not lost for Eurasia and will not be lost in the near future. Because, unlike Ukraine, the Eurasian movement here is developed, well organized and self-sufficient. At one time, the lack of direct support from Russia did not become an obstacle for Transnistria to become a real Eurasian outpost on the Dniester. Today, Gagauzia, as well as the directly Moldovan opposition, independently, without any external pointer, chooses the only acceptable Eurasian vector of development.

This is what irritates Romania most of all today, because Basescu understands that there is no “Kremlin hand” behind such processes. And if that finally arises, I think the Romanian plans for the creeping occupation of Moldova will have to seriously move.

Ctrl Enter
Noticed oshЫbku Highlight text and press. Ctrl + Enter
We are
The role of the “anchor” holding Bessarabia from Romania moves from the PMR to the Gagauz and the Bulgarians: regional results-2013In Ukraine, waiting for "direct military aggression of Romania"
Military Reviewin Yandex News
Military Reviewin Google News
28 comments
Information
Dear reader, to leave comments on the publication, you must sign in.