“What is happening in Ukraine and Syria is a western project, a new type of war” 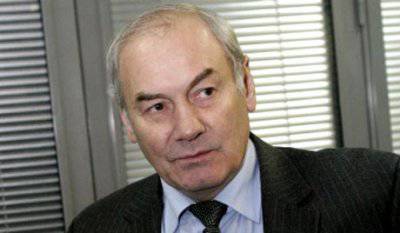 In Munich, the security conference ended the other day. The main issue on the agenda was the situation in Ukraine and Syria.


Leonid Ivashov, President of the Academy of Geopolitical Problems, commented on the conference and its results in an exclusive interview with KM.RU.

Gentlemen from the West tried to teach Ukrainians to live and brought accusations against Russia. This was done and officials of the European Union, and US Secretary of State Kerry. Apparently, they very conscientiously and meticulously studied and continue to study the doctrine of Dr. Goebbels. They profess the principle “the more monstrous the lie, the more they believe in it.”

They put everything upside down. Yes, there is such a method, and Hitler’s propaganda used it very well: to accuse the opposite side of aggression or of some kind of interference. Thus, they throw the ball to the side of Russia. This is a military device, it is traditional for the whole West, and we are seeing it today. Blamed for the aggression of the one who defends!

What is happening in Ukraine and in Syria is a western project, a new type of war. Both there and there an anti-Russian orientation is being read, and we know that today the war begins with an information-psychological operation. So it was in August 2008 of the year. Then, in terms of information, we lost, and now we lose, because we are accustomed to respectful of the opinions of others. I suppose our Foreign Ministry does not understand that there is a war, and the war has its own laws. It is necessary to speak harshly and give facts, to do as they are, but more sophisticated.

It is clear that the Syrian opposition is the ordinary executives or junior commanders, and the headquarters and supreme commanders sit across the ocean and in Brussels. They make plans, perform a coordinating function, give installations and finance. This is true both in relation to Syria and in relation to Ukraine.

Following the information operation in Ukraine, the ground-sea operation is also being prepared.

Both Kerry and Obama himself encourage in Kiev what is harshly suppressed in their homeland. European leaders disperse, using hoses, the slightest unsanctioned demonstrations, and their members are put in jail. But they adhere to the opposite position in the case of Ukraine, and even threaten Russia! It is clear that this is an information war.

Notice, under the cover of informational hype, American ships enter the Black Sea basin, that is, closer to Ukraine, the marines are preparing to arrive there, and, in addition, the Americans began to transfer Tanks to Europe. All this is open information, it is known to all and can be read in the media!

In April, 2004 was imposed on Ukraine by an agreement between Kiev and NATO that NATO troops could freely enter the territory of Ukraine. That is, we see that, following the information operation, a ground-sea operation, and possibly an air operation, is also being prepared.

The scheme might look like this: bring the situation in Ukraine to an extreme state, blame Yanukovych and Russia for everything, and then say that NATO cannot tolerate this and introduces troops to restore order. Then a temporary administration is introduced, as it was in Iraq and Kosovo, and the NATO members take control. From historical experience we know such things. But all this needs to be covered up with an informational justification of aggression.

The West has invested money, trained political scientists, propagandists, and the aggressive core (a minority of the population) has learned to attract the masses. But neither Klitschko, nor Tyagnibok, nor Yatsenyuk taught how to effectively build a state. The main thing is that they seize power and bring down Ukrainian statehood.