"A new Snowden may appear in the USA" 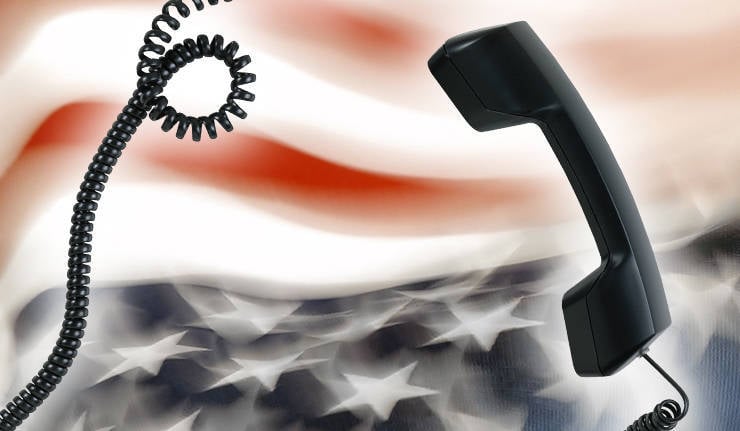 In order to improve information security in the United States, they can check the lie detector’s intelligence services and significantly limit their access to information. But America failed to eliminate the main cause of information leaks, so Washington should be ready for the emergence of followers of Edward Snowden, expert Vladimir Evseev is convinced.


Former US intelligence officer Edward Snowden caused the most serious damage to the intelligence of his country over the entire period of its existence. This was stated by the director of the National Intelligence of the USA James Klepper. With his opinion agree in the Pentagon. They said that in the near future the activities of all types of US forces will be completely revised.

A similar statement was made earlier by representatives of the intelligence committee of the US House of Representatives. According to congressmen, the publication of American intelligence documents by Snowden poses a threat to the US army on a global scale.

What changes are possible in the US special services in the near future, Vladimir Evseev, director of the Center for Socio-Political Research, told the Voice of Russia.

- What do you think, what changes could it be? Did Snowden really create a situation in which you need to completely reform the NSA and other special services?

- I do not think that this is a full reprofiling. It is unlikely that the United States will reduce its total control. Another issue is that they will limit access to this information as much as possible, in particular, by creating various kinds of automatic systems in order to refuse the services of system administrators or any other people who may have access to a large amount of information.

But I think that this work will not eliminate the possibility of the emergence of a new Edward Snowden. The reason is that now within American society there is a very strong internal resistance to this kind of privacy policy, because this is guaranteed by the US Constitution. Many Americans believe that such intervention, which began after 11 September 2001, violates the foundations of the American Constitution.

This internal contradiction and the desire to show how important I am, that is, the personal ambitions of a person, may well lead to the emergence of a new Edward Snowden. There was WikiLeaks, now Edward Snowden, some other person may appear. This is quite possible because the underlying problem has not been fixed. The internal resistance of the Americans to this interference remains, and it will take place in the future.

- Do you agree that Snowden delivered one of the most serious blows to US intelligence?

- If you look at the National Security Agency, you will notice that at the beginning of the 1960-s there were several information leaks. There were defectors, they appeared in the media. After this kind of leakage was not. Apparently, personnel work was carried out; probably, special technical methods were adopted so that this would not happen. Nevertheless, the leak was.

If we talk about hitting the Pentagon, then yes. The National Security Agency is a structural division of the Pentagon. There was no such big leak, of course. From this point of view, this is a big blow for the USA. But the blow is not in the sense that they can no longer do what they were doing, that is, technical intelligence. They will do it. But they will be forced, for example, to change the location of individual technical objects, to modernize them. This requires first significant financial investments.

Among other things, of course, this is a huge reputation scandal. It is one thing when some rogue states are being monitored, for example, Iran, North Korea, Russia, which is viewed by the Americans as a possible enemy. But when surveillance is carried out, for example, against Germany, an ally, or some other states with which armed conflict cannot exist in principle, this creates a big problem inside the NATO bloc. But it also should not be exaggerated, given the degree of dependence of the leading European countries on the US in the military sphere.

- Talking about large-scale changes and reforms - is this a profanation? I understand that total surveillance will continue, but information about it will be more closed.

- There was information that a large-scale reform of the special services was approaching in the USA, that the congress was preparing a bill that would nullify the massive collection of information from the NSA.

- I do not really believe it. Any superpower, especially if it is alone, wants to control the whole world. Technical intelligence tools are not needed to spy on specific people. Monitoring of various objects, especially moving objects, which may pose a threat, especially in conditions of heightened terrorist danger, is carried out.

I do not think that in these conditions, the United States will go to the weakening of total surveillance. But, maybe, they will focus not on their allies, but to pay more attention to real threats. In this regard, an adjustment is possible. But I have no doubt that the United States will continue total espionage.

- Probably, in the USA they will do everything possible so that the new Snowdens no longer appear?

- They will try to do it. But my personal belief is that they need to wait for the new Snowden, maybe not in the NSA, because the reason for the appearance of Snowden has not been eliminated.