France and India can not agree on the supply of fighters 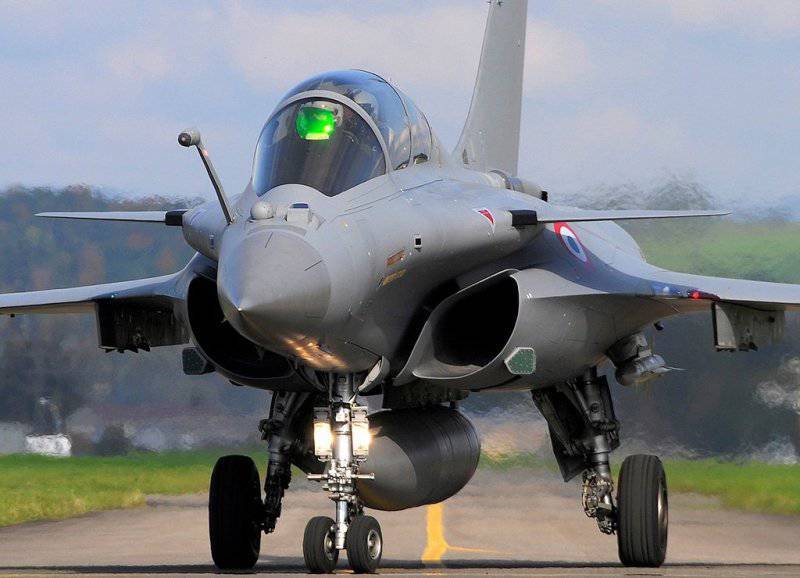 Negotiations to conclude a multi-billion dollar contract for the supply of India 126 French fighters "Rafale" (Rafale) are delayed. This ITAR-TASS special correspondent has become known at the international exhibition of armaments DEFEXPO-2014.


According to representatives of the French delegation, the stumbling block is the issue of transferring licenses for the production of aircraft to the state-owned company Hindustan Aeronautics Limited (HAL).

According to the information received at the exhibition, bilateral negotiations did not lead to the resolution of the problems encountered and the deal is unlikely to be completed before the parliamentary elections scheduled for May 2014.

One of the problems hindering the signing of the contract is that, according to the position of the Indian Air Force, HAL must ensure that the delivery dates for the fighters are respected. Under the terms of the tender, 108 from 126 India purchased aircraft must be assembled at HAL plants. The Indian company, in turn, shifted the responsibility for meeting the deadlines to Dassault, which initially refused to help HAL solve this problem. However, according to sources in the Indian Air Force, HAL does not intend to assume responsibility and guarantee the performance of work by its subcontractors for the supply of auxiliary systems that include state-owned enterprises, including Bharat Electronics Limited (Bharat Electronics Ltd., BEL) .

In addition, a certain number of works of the parties to the contract has not yet been agreed, as the Indian side is seeking to expand its participation in the production of subsystems within the framework of licensed production. The French side said that HAL will have to master western technologies and certify its workshops, and therefore the share of India in the production of fighters can increase only as it develops.

The Indian Air Force, having repeatedly faced delays in deliveries from HAL, is very persistently demanding that the agreed deadlines be met. Delays in deliveries can adversely affect the capabilities of this type of troops. The Air Force has to look for a foreign-made fighter, as the program to build its own light combat aircraft to replace outdated MiG fighters is about 15 years behind the target.

The Indian Ministry of Defense reported that the delay in signing the contract had an impact on its value. Previously, it amounted to 11 billion dollars, and has now risen to 14 billion dollars, which is associated with inflation and the 20-percent depreciation of the Indian rupee against the US dollar over the past three years.

As part of the negotiations to reach an agreement, the Ministry of Defense of India established four subcommittees, the purpose of which was to finalize the terms of the deal with Dassault. Among them are subcommittees on production technology, offset, logistics and price negotiation.

Sources in the Ministry of Defense of India report that it is the position of the Indian Air Force on the timing of supply hinders negotiations.

Following the results of the first stage of the tender, the Rafale fighter was included in the short-list together with the Typhoon fighter produced by the Eurofighter consortium. The Russian MiG-35 fighter, the Swedish Gripen (Gripen) and the American F / A-18 and F-16 were eliminated after the technical evaluation phase.

After the flight tests and life cycle cost assessment, Rafale was selected for the lowest cost. Contract negotiations began at the beginning of 2012 with the goal of signing an agreement in the current fiscal year, which ends in March.

According to a number of Indian analysts, the Rafale fighter program, considered very important by the Ministry of Defense, has not received due attention from the military. Analysts believe that the current government avoids making decisions on such a large contract in connection with the upcoming elections.

Ctrl Enter
Noticed oshЫbku Highlight text and press. Ctrl + Enter
We are
Export fighters Dassault Rafale: there is one contract, two are expectedThe 20 rating of the largest arms deals, decisions on which were made in 2012
Military Reviewin Yandex News
Military Reviewin Google News
54 comments
Information
Dear reader, to leave comments on the publication, you must sign in.