Ural as a brand

February 6 2014
21
Ural is not only the name of the mountain range and the whole region of Russia, but also a real Russian brand. The main city of the Urals is Ekaterinburg. This is the most important transport and trade hub of the region. Today, there is an active business activity in this city: sale of finishing materials in Yekaterinburg, the implementation of real estate and much more. Urals as a brand is characteristic of units of equipment. More detail about this. 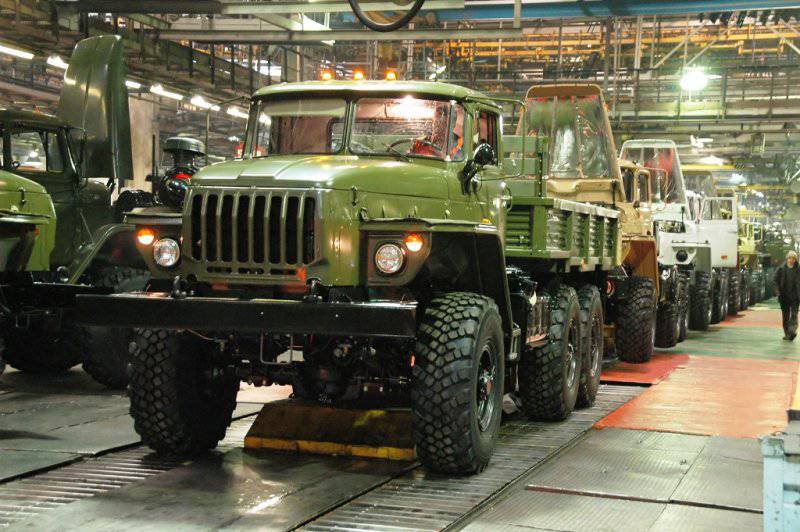 Freight transport on the roads of the Urals, and indeed of all of Russia, is today carried out with the help of various trucks, most of which are foreign-made trucks. A significant place during transportation was given to KamAZ vehicles. And extremely rarely in the so-called civil operation mode, you can see the Ural 4320 vehicles. Today, these trucks are most often used for military purposes, the Ministry of Emergency Situations (as fire engines).
The Urals 4320 is a real working “horse” - with a horse such equipment is hardly possible, since in one engine of such a Urals are concentrated up to 300 hp. Such parameters allow the cargo vehicles not only to transport the crew, but also to carry out tasks for the transportation, for example, of field kitchens, of various military goods.
Ural 4320 can easily overcome 2-meter trenches, sections of the 1.5-meter ford, as well as mountains and hills with a slope of up to 60 degrees. In this case, the movement uphill can be carried out even when the vehicle is loaded onto 60-70%.
When using this truck, it is important to understand what consumption of diesel fuel is typical for it. In the combined cycle at a speed of about 60 km / h, the flow rate will be about 28 liters per 100 km. In this case, the car is equipped with 300-liter tank, to which may be added an additional tank compartment with a capacity of up to 60 liters. The total volume of the tanks of the car may be enough to implement the march on 900-1000 kilometers without refueling. When using a car when driving in a desert area or in snowy terrain, fuel consumption may increase to 30-31 liters per 100 km. However, in this case, the full filling of tanks will allow the car to overcome significant distances.
The maximum speed of the upgraded Urals 4320 reaches 90 km / h. Such speeds are rarely used by military drivers, but there are quite a few instances when it was the full course of the Urals that saved the lives of those who were in the car at that moment.
Modern modifications Uralov 4320 equipped with high-quality communication systems and navigation. An increase in carrying capacity has been made, which allows the use of a vehicle for cargo transportation in the conditions of military and civilian time.
Ctrl Enter
Noticed oshЫbku Highlight text and press. Ctrl + Enter
We are
Innovation Day of the Southern Military District: emergency equipmentInnovation Day of the Southern Military District: KamAZ-63968 "Typhoon-K" armored car
Military Reviewin Yandex News
Military Reviewin Google News
21 comment
Information
Dear reader, to leave comments on the publication, you must sign in.