Waiting for the Afghan threat 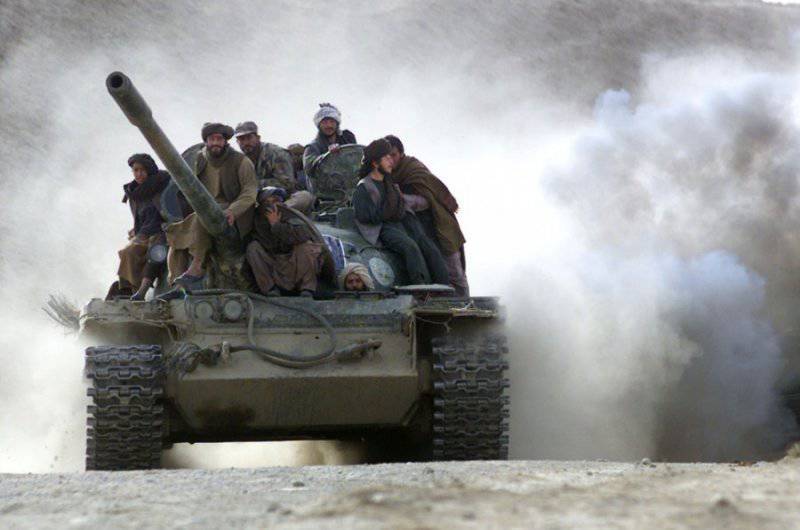 According to the forecasts of the American special services, after the withdrawal of NATO troops from Afghanistan, the carefully constructed US model of the Afghan state will collapse by the year 2017. Information about this leaked to the press in December last year, and the “leak” could have been deliberate. At the same time, not only in the United States are preparing for destabilization: Russia, as one of the most important players in Central Asia, is strengthening its position ahead of time and is awaiting the emergence of a serious threat from the south. We are increasing the volume of military cooperation with Kazakhstan and strengthening the CSTO: in the near future, this alliance may be useful.

So, the American project in Afghanistan failed miserably. The Afghan pseudo-army, a formally independent, but in fact, a structure dependent on NATO, is falling apart: tens of thousands of deserters take state-owned weapon and go partisan. It turns out to be a ridiculous situation, when the USA, trying to strengthen the “power” of the Afghan army and police, actually helps its enemies. Almost all weapons imported into Afghanistan fall into the hands of militants, even if they are intended for the military who are fighting them.

So far, the only deterrent is foreign troops: Hamid Karzai’s regime holds on only their bayonets. But as soon as the majority of the occupiers leave, the militants will launch a large-scale offensive campaign, using stolen American weapons. Armed forces and police without detachments will instantly collapse. And if we are guided by the forecasts of the US special services, then by 2017, the offensive of the Taliban and al-Qaeda will end with the complete elimination of the existing regime.

Peter Wall, commander of the British ground forces, estimates that this year the militants will occupy Helmand province, which is now under British control. And this despite the fact that part of the NATO forces will remain in Afghanistan! But if the ISAF command does not reach an agreement with Hamid Karzai and all the occupying forces have to be withdrawn, the collapse will come even faster, and by the end of this year the Taliban will take possession of not only Helmand, but also other provinces.

American experts emphasize that after the withdrawal of NATO troops, Karzai will need not only military but also financial assistance. Thus, the United States will have to "invest" huge sums in Afghanistan, despite the fact that these "investments" are very likely not to pay off. Trillions of dollars will be thrown to the wind.

Only small groups of local self-defense can restrain the radical Islamists in Afghanistan: Afghans are unlikely to cave in under the al-Qaeda. Most likely, after the defeat of Karzai, the Taliban will give her a fight: the foreign Islamists in the eyes of the Afghans look the same occupiers, like the NATO soldiers. Similar processes are taking place in Iraq, where Sunni self-defense units are fighting fundamentalists, and in Syria, where its former allies have rallied against the al Qaeda branch.

As you know, wood chopping - chips fly. The standoff between Karzai, the Taliban, al-Qaeda and small groups will not be limited to the territory of Afghanistan. Apparently, the war can also affect the neighboring states, first of all, the republics of Central Asia: the militants may well penetrate, for example, into Kyrgyzstan or Tajikistan. If this happens, the interests of Russia will be affected.

Fortunately, the Ministry of Defense is already taking actions aimed at strengthening the southern borders of the CIS. According to Anatoly Antonov, Deputy Minister of Defense of Russia, the country's leadership considers the borders of the CIS and the CSTO as common to all the states that make up these structures. In turn, Defense Minister Sergei Shoigu insists on closer cooperation and mutual assistance of the armed forces of the CSTO members.

In recent years, Russia has begun to pay more attention to its southern partners, especially Kazakhstan. It is Kazakhstan, along with Russia, that is one of the main guarantors of peace and stability in the region.

Cooperation with Kazakhstan is facilitated by the fact that the republic already has the necessary military infrastructure, prepared during the times of the Soviet Union. Thus, in the territory of Kazakhstan there is the “Balkhash center” - a complex complex consisting of various technical structures and intended to control the sky and outer space. Unfortunately, during the 90-s many equipment was irretrievably lost, but the “Balkhash knot” has retained its combat capability and continues to be used to this day. The complex consists of anti-aircraft missile systems "Dnepr" and "Dniester", creating along the southern borders of the CIS a continuous radar barrier with a length of about 5 thousands of kilometers. However, Russia and Kazakhstan intend not only to reconstruct existing air defense and missile defense facilities, but also to deploy new systems in Central Asia, including C-300 systems.

In addition to monitoring the sky, there is a discussion of other aspects of interaction between the armed forces of Russia and Kazakhstan. The recent visit of Sergei Shoigu to Kazakhstan showed the readiness of the Kazakh side to further rapprochement with Russia in defense matters. During the visit, it was possible to agree on a development program for the Balkhash center, to work out plans for the unification of the Kazakh and Russian air defense systems, and also to take measures to improve the compatibility of the communication systems of the two states. In addition, Kazakhstan and Russia agreed to strengthen cooperation in the field of military education and resolved a number of issues related to the operation of military test sites located in Kazakhstan.

Thus, the Afghan groups will meet due resistance if they try to invade the territory of Central Asia. In response to the strengthening of the Taliban and Al-Qaida, Russia will respond by strengthening the southern borders of the CIS.

It is curious that the emergence of an Islamic threat in the south may be the reason for the better consolidation of the CSTO: realizing that it is impossible to survive in a single battle with the enemy, the republics will seek help from their comrades in misfortune. The pressure from the Afghan militants will eventually lead to the fact that the Central Asian republics will rally against a common enemy, with the support of Russia.

With this in mind, the current military policy of Moscow in Central Asia is reasonable. The preparation of military infrastructure is an important step towards the consolidation of the alliance with the Central Asian republics. Our military presence in the region will be a deterrent on the path of al-Qaida and other groups that are rich in Afghanistan: everyone in Central Asia understands that it is important to stop the fundamentalists as they cross the Afghan border, otherwise the consequences could be unpredictable.

Ctrl Enter
Noticed oshЫbku Highlight text and press. Ctrl + Enter
We are
The southern frontier is under threat. Will Central Asia protect itself?"IG" in Afghanistan. Will the war come to Central Asia?
Military Reviewin Yandex News
Military Reviewin Google News
42 comments
Information
Dear reader, to leave comments on the publication, you must sign in.