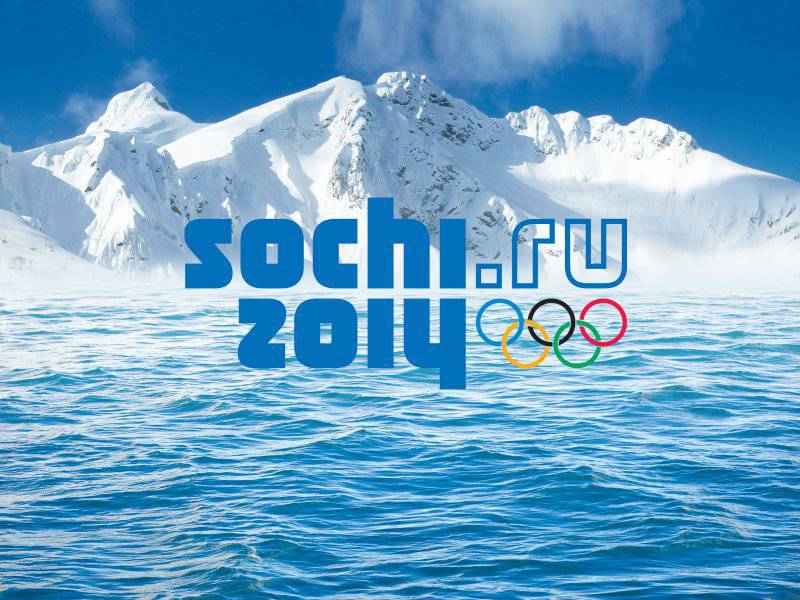 Renowned American expert on terrorism and one of the leading analysts of the Stratfor research center (and in the past, State Department official) Scott Stewart published an article that assessed the degree of terrorist danger at the Sochi Olympics. Looking from the outside is always interesting, especially since Stuart was personally involved in the investigation of many terrorist acts.


"Gift" for guests of the Olympiad

Naturally, the expert considers the intensification of the North Caucasian underground as the main threat. It is especially restless now in Dagestan, where special operations take place almost daily. From here to Sochi, the day is a good car ride, but, according to Stewart, the militants, if they strike, are not here. Olympic facilities, he assures, are securely protected, and all terrorist threats are only a diversion. “January 19,” writes Stuart, “a group calling itself“ Vilayat Dagestan ”, posted a video message in the Internet, in which it claimed responsibility for the attacks in Volgograd 29 and 30 in December 2013 of the year. The first suicide bombing of a suicide bomber occurred near the passenger security checkpoint at the station, the second - in the city trolleybus. The video shows the process of production of one of the explosive devices and presents the statements of two young people who are preparing to become shahids. True, these people are not like those who allegedly blew themselves up in Volgograd. At the end of the 49 minute video, there are threats to the upcoming Olympic Games in Sochi. One of the future bombers says: “Every day of your long-awaited Olympiad, you must remember that we have prepared a gift for you and your guests. It will be revenge for the blood shed throughout the world. "

This statement caused a surge of panicky comments in the world press, and several US lawmakers appeared on television talk shows, talking about the "unprecedented threats" of the upcoming Olympics. In fact, it is very unusual for a terrorist group to announce an attack, which it plans to carry out soon. I investigated the behavior of terrorists since the 1980-ies and I do not know examples of terrorist attacks that would have taken place after such announcements.

True, we must not forget that we are dealing with a propaganda, psychological war, in which Vilayat Dagestan uses the world media as a multiple effect amplifier. Letters with threats to the Olympic Committees of Hungary, Slovenia, Italy, Germany and some other countries are from the same series. As you know, publicity and propaganda have always been of paramount importance for terrorists. Even if it is impossible to arrange a terrorist attack, creating panic and attracting the attention of the world media is just what they are seeking.

From Arabic, “Vilayat” is translated as a dependent administrative unit, province. "Vilayat Dagestan" - apparently, part of the so-called "Emirate of the Caucasus", which is considered the largest terrorist organization in the North Caucasus. We do not yet know exactly who blew himself up in Volgograd, but we know the main thing: those who want to become a terrorist can contact the professionals who will help him in this matter.

As already mentioned, at the very beginning of the video, the process of making an improvised explosive device (IED) is shown. In the hands of people whose faces we don’t show, gloves - they don’t want to leave fingerprints, because, being professionals, they don’t intend to die. They use artillery shells as SVUs: they drill a fuse socket, insert igniters into the hole, which connect them with a switch to the detonator. Then the militants carefully check the wiring of the entire ignition circuit, which indicates a good level of their training. In addition, they use not one, but two igniters - a technique that proves that we are dealing with specialists.

The video shows that a simple detonation switch, which can be attached to the palm or forearm, is used in the VCA. It is unlikely that the militants would spend time making a more complex chain with a standby detonation system that would be triggered at a distance - just in case the suicide bomber at the last minute lost his temper. This suggests that the organizers of the attacks are absolutely confident that they are able to prepare the performer psychologically. Indeed, in all three terrorist attacks in Volgograd, the IEDs were activated by suicide bombers themselves.

However, no matter how well the members of the “Vilayat Dagestan” were trained, carrying out the terrorist attack in Sochi is not an easy task. The venue of the games is not in the most accessible place, surrounded by mountains. In addition, it will be reliably protected by several perimeters of security, which are called steel rings. To hold the Olympics flawlessly for Russia is a matter of prestige, therefore, they did not regret the effort and money to ensure the peace of guests and athletes. It is said that for participation in security events it was originally planned to involve three times more people than at previous games in London. And after the Volgograd events and subsequent threats, we should expect security measures to be strengthened.

So it is unlikely that suicide bombers will be able to penetrate through the "steel rings". No matter how well prepared the terrorists are, they can only strike at unprotected targets. The bombings at the Volgograd railway station and at Moscow's Domodedovo airport (January, 2011) thundered in front of the inspection points, and not behind them. It is unlikely that the militants are able to crack the security system at the Olympics. Otherwise, they would not have made loud statements on the eve of the proposed actions, they would not have threatened to “disrupt the Olympics” for a year already (the leader of the Caucasus Emirate, Doku Umarov, promised to do it back in July last year).

The essence of the tactics of any terrorists: deeply conspiratorial activities and the surprise factor. Generally, terrorism is weaponapplied by a group of conspirators or rebels against a more militarily strong opponent. Terrorist attacks should be unexpected for the enemy, but the terrorists do not have the forces and means for open military confrontation. Therefore, one can hardly expect that the previously announced terrorist act will become a reality. It's one thing if Osama bin Laden would make general statements announcing holy jihad to the United States, and quite another if he voiced specific threats with reference to the place and time: “We are going to attack New York and Washington during the first two weeks of September 2001 year.

Stewart believes that the work of the security services during the Olympic Games has become much more effective since the last successful terrorist attack on the Munich 1972 Olympiad of the year (when members of the Palestinian terrorist organization Black September entered the territory of the Olympic village and killed 11 Israelis). There was, however, another explosion carried out by Eric Rudolph during the Atlanta Olympics in 1996, but Rudolph brought his plan outside the security perimeter - he blew up a bomb at an open concert in Centennial Park.

The intelligence services of many countries, as a rule, exchange information and learn from the mistakes of each other and their own. It is hardly worth expecting terrorist attacks directly on the Olympic facilities in Sochi. However, making loud statements with threats, the terrorists not only sow panic - they also watch the reaction of the special services and try to divert their attention from other regions, where they can strike suddenly and with maximum effect.

Stuart's analysis echoes the point of view of Russian experts on terrorism. Thus, the Vice-President of the International Association of Veterans of the Alpha Division, Aleksey Filatov, also links the recent terrorist attacks in Volgograd with the upcoming Olympics and considers them an attempt to discredit Russia. As 14 approaches February, terrorist financing will increase, and terrorist attacks will increase. “Today, terrorism,” Filatov says, “is not only and not so much a form of struggle against political and religious opponents, as a form of unfair competition in the economy. It’s cheaper for customers to discredit the Olympics in Sochi by financing terrorists. ”

So, we should expect new attacks. But where exactly? Those who plan actions of intimidation understand that it will be difficult to implement them in Sochi. However, you should get as close as possible. The first thing that comes to mind is the Krasnodar Territory, the Rostov Region and the Stavropol Region with its resorts. There are still relatively calm republics of the North Caucasus (Karachay-Cherkessia, North Ossetia and Kabardino-Balkaria), but the attacks there will be less resonant - if only because the national republics of the South of Russia have long been considered unsuccessful.

Another high-risk area is Abkhazia. In this republic, from the border with which to Sochi, half an hour by car, since the days of the Chechen campaigns, many people who have problems with the law have settled. In September last year, Russian diplomat Dmitry Vishernev and his wife were killed in Sukhumi. Whatever the motives of the crime and whoever its customers were, the immediate perpetrator was a Chechen native who had illegally lived in Abkhazia and had previously been convicted of contact with illegal armed groups.

And in the 2012 year, several reports of the National Anti-Terrorism Committee passed at once: about finding ten warehouses with weapons and ammunition and detaining a courier of terrorists Ruslan Berkhamov in Abkhazia who brought detonators from Georgia 300. The fact that there are a lot of unrecorded weapons in Abkhazia has long been known. It is also known that the border with Georgia is not at all on the lock - judging by the Abkhaz markets littered with Georgian goods.

It does not even mean that the militants will be able to break through the Russian-Abkhaz border and attack Olympic facilities. I want to believe that the security system of games is perfectly arranged. But we can not exclude the possibility of holding a loud rally of terrorists in Abkhazia. The effect of it will be much stronger than the terrorist attack committed somewhere in the North Caucasus - from the Abkhaz border to Adler, the entire 14 kilometers.

According to Interfax, the Abkhaz authorities have now established a border zone 11 width kilometers deep into the republic, and at the time of the Olympics all citizens entering it must have documents with them. The creation of new control posts and round-the-clock patrols of the settlements in the border zone are also envisaged. I would like to believe that this is enough.

Ctrl Enter
Noticed oshЫbku Highlight text and press. Ctrl + Enter
We are
Children's Day: a holiday in the DPR and a “gift” from ukrovoyakRussian army and special services are preparing for the Sochi Olympics
Military Reviewin Yandex News
Military Reviewin Google News
76 comments
Information
Dear reader, to leave comments on the publication, you must sign in.