Alternative to the gun and not only, but in fact humanization of society 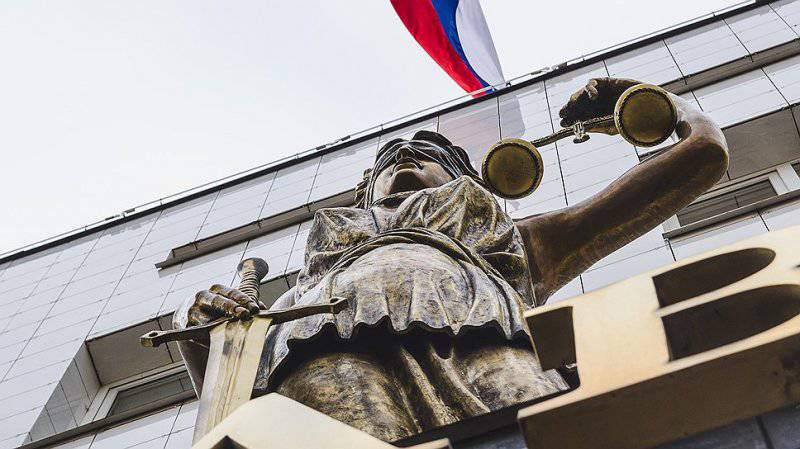 Any CRIMINAL is afraid, first of all, of exposing (catching) in violation of laws, moral norms and rules, which should inevitably lead to the inevitability of punishment for the act committed.

There is an alternative to a pistol, especially in cities, and for this you need to make a very small “kickshaw”, namely:
1. Create a single "SPAS-center" where mobile operators are obliged to instantly transmit the "ALARM SIGNAL" (pleas for help) to their subscribers who have been attacked or caught in the FOOD. In accordance with the received distress signal, the operational duty officer “SPAS-CENTER” must make an adequate (appropriate) decision on the occasion, for example, quickly send a mobile police outfit or a rescue team.
The single “SPAS-center” should work under the auspices (patronage) of the Ministry of Internal Affairs, the Ministry of Emergency Situations and other security structures in order to effectively use their services, avoiding “duplication” and “parallelism” in their work.

2. To organize the production of simple and cheap headsets to a mobile phone, why announce a competition and choose the best option. HEADSETS, complete with a mobile phone, should instantly notify the “SPAS-Center” about the SECURITY THREAT, when the “ALARM BUTTON” is pressed by the person, indicating not only the place of the “dramatic event”, but recording and transmitting its real video chronicle with sound.
For the headset to be less noticeable, you need a mini video camera, mounted in the form of an icon or buttons on outerwear, and a handheld remote with a "ALARM BUTTON" and a button to turn on the recorder of any interesting event.
NOTE: Of course, it’s great that mobile phones with a “panic button” have already been created and the “mobile bodyguard” service is presented by some cellular operators and security companies. It’s great that a lot of various security companies offer users to carry a “panic button” with them anytime and anywhere, but for a complete picture it is necessary, in addition to determining the place and sound, to have the MOST IMPORTANT thing - “CRIMINAL EVENT” VIDEOCHRONICS, which is impossible without a mini video camera. Simply put, when the offender will know that his “ROASHA”, excuse the expression, will be fixed by a video camera and he will not “wriggle out” from retaliation - this will produce a huge “stopping effect” on him without bloodshed, but better than a pistol.

What is remarkable, even now the technique allows any person to fix not only a crime, but also any violation of law and order in SOCIETY.
FOR EXAMPLE: a). The company DVTel introduced the original product - ... .. cell phone full functionality of a wireless network camera. ... the user has the opportunity to shoot, record, analyze and export video ... (Information and analytical publication on technical means of safety and security Security News No. XXUMX for September-October published an article "Smartphone may be part of a video surveillance system").
b). Communicating at one of the exhibitions "ON SECURITY" with the developers found out that there is no problem for them to create a "HEADSET" for a cell phone, but they are afraid of repressive sanctions for developing, as they say, "spy stuff".
It is clear that it is necessary to protect and improve the system of preserving state secrets, but what is interesting is that state secrets will not suffer from such “HEADSUITS”, because YOUR MOBILE PHONE DOESN'T EXIST IN THE FRAME OF THE METAL DETECTOR.
Spies do not use such primitive "HEADSETS". Already you stop being surprised when you read articles in magazines with information such as that “mini-video cameras are installed on live bugs flying in the right direction at the command of a person.”

3. TO ADOPT LEGISLATIVE - REGULATORY ACTS that authorize the production of EQUIPMENT and the procedure for their use by citizens.
NOTE: Imagine SOCIETY (sets of historically established forms of joint activity of people) as a living being, where healthy cells are PEOPLE (the flesh of the SOCIETY), and cancer cells are PARASTS (the generalized concept of delopouts, corrupt officials, bribe takers and other lawbreakers). Every citizen is an information sensor. Consequently, it is possible to create a SINGLE INFORMATION SYSTEM, a kind of nervous system, SOCIETY.
If “SOCIETY” is quickly eliminated by “NEGATIVE” and encouraged by “POSITIVE”, the SOCIETY becomes only more perfect, morally healthier and more resistant to any shocks. Gradually strengthened the generalized concept of the surrounding reality (mentality), rallying and unifying the behavior of people.

WHAT WILL IT GIVE:
1). POLICE. It will fundamentally restructure the work of the Ministry of Internal Affairs, since citizens are involved in monitoring, and the crimes are stopped directly by the bodies of the Ministry of Internal Affairs. The number of personnel of the Ministry of Internal Affairs will be reduced, which will increase the cash content.
NOTE: It is great that the police will be equipped with DVRs. Now you can expand their powers, for example, when registering an incident, to give the right to plant for five days, for bread and water for:
- wearing cold weapons (knife in pocket) in a public place;
- insults and threats to your address. The policeman is the “sovereign servant” and no one has the right to encroach on the state.
Of course, the right to register unseemly police cases and make complaints is not prohibited to anyone.
2). Talk about the need for an OPEN SOCIETY will become a reality.
3). Officials of all ranks will have to become BILL-LESS and CONSISTENT, under the control of citizens.

WHO WILL BE AGAINST: Of course, careless officials, and other violators of laws and moral norms. Well, who wants to be under the control of citizens. Officials are servants of the people and must be controlled.

Arguments against: Start talking about secrecy, even where it should not be. They will begin, where it is necessary and where it is not necessary, to say that these are “spy things” and an invasion of personal life. Servants of the people and other offenders of the law, personal life can only be at home, where no one is going to invade.

BELOW, in a sense, PHILOSOPHICAL REFLECTION.

At the present time, the HUMANIZATION of the SOCIETY (EDUCATION), can and must be carried out, relatively simply, applying the modern achievements of science and technology and using the "practices" of religious figures of all faiths. Here it is only necessary to develop and approve the necessary legislative acts for the application of these achievements.
For thousands of years priests of all religions tried to HUMANIZE (humanize) SOCIETIES, for which “great people”, one might say, GODS, set the rules of behavior and even asserted the commandments of the basic laws of behavior of people, in violation of which “higher powers” ​​- GODS will punish, but this did not always help. These COMMANDMENTS are reflected in the treatises of BUDDHISTS, THE BIBLE, THE MORAL CODE OF THE BUILDERS OF COMMUNISM, the principles of which incorporate the main BIBLICAL COMMANDMENTS of communal life. These norms were declared the Moral Law of the Company as a whole. These COMMANDMENTS are available on the INTERNET, therefore the most ancient ones from the work of HP Blavatsky are given below:

Now open the “Manu” (from the man's root, “think”) and read: “Humility, reward with good for evil, moderation, honesty, purity, restraint of feelings, knowledge of ShASTRE (sacred books), knowledge of the supreme soul, truthfulness and refraining from anger - these are the ten virtues that make up duty ... Those who assimilate these ten commandments of duty, and, having assimilated them, will observe them in life, they will reach the highest state ”(“ Manu ”, Prince V1, Ch. 92).
If “Manu” did not inscribe these words for many millennia before the era of Christianity, then at least there would not be a voice in the whole world that would dare to assert that their antiquity is less than a few hundred years before Christ. The same applies to the precepts of Buddhism ( EP Blavatsky, “Disclosed by ISIS”, t.2, p.136).
Over the centuries, a simpler “GOLDEN RULE” has been developed, which is reflected in the ACCUSION of Giordano Bruno before the burning: “and that the rules“ DO NOT DO ALL OTHER WHAT YOU DO NOT WANT TO YOU ”are already enough for a righteous life, and that he laughs at all others sins and wonders the Lord's long-suffering, that he tolerates the existence of such a multitude of heresies among Catholics. ” (EP Blavatsky, “Exposed ISIS”, t.1, pp.80).

The question is, who broke these commandments? Of course, parasites. Who are they? Yes, we are, at the same time, PARASITES AND VICTIMS OF PARASITES. We at the same time want FREEDOMS and not be SACCED BY FREEDOM of another individual.
I will cite words that speak of a kind of split personality, even the notorious freethinker VOLTER: "TO DO WHAT IT DELIVERS PLEASURE MEANS TO BE FREE." I wonder who wants to be PLEASURE maniac or gangster?
On the other hand, the same VOLTER has said: “FREEDOM CONSIDERS IN DEPENDING ON THE LAWS ONLY”.
That is correct. Only BY FOLLOWING THE LAWS AND REQUIRING FROM OTHER COMPLIANCE OF LAWS, a person can be FREE, and in fact, he is sure of his fate.

CONCLUSIONS: 1. If LAWS are approved, including MORAL, which are not properly executed, then it is pointless to speak about the ORDER and HUMANIZATION of the SOCIETY. Therefore, the “DICTATURE OF LAWS” is needed, i.e. their rigorous execution, as well as the approval of the above “TERMINATION” for “highlighting” violations of laws.
2. It is too early to speak about the seizure of personal weapons from citizens, especially in the open spaces of RUSSIA, but wearing it, as well as cold weapons (knives), in public places of the city should be prohibited. Storage and movement of weapons in the city to produce, according to the established order for hunters.

PS ADDITION: 1). The above set of “headsets + mobile phone” can be given the name - “SOS - SIGNAL” or “SOS - register”, but the name should be considered.
2). In the spaces of RUSSIA, where a policeman, as they say, “you cannot find a day with fire,” you need a real weapon, not traumatic “pukalki.” Here, the SOS-Signal headset is especially needed, since it will be a “guardian” on trial for the attacked, showing a video of the event in sound.
By the way, on the “Manor” TV channel I learned that in America even the police, before going to the backyard, especially at night, call so that the owner does not shoot them. Of course, the storage and carrying of weapons should be, as mentioned above, strictly regulated by law.