Expert: "Iraqi and Syrian armies are drawn into one war, but on different fronts" 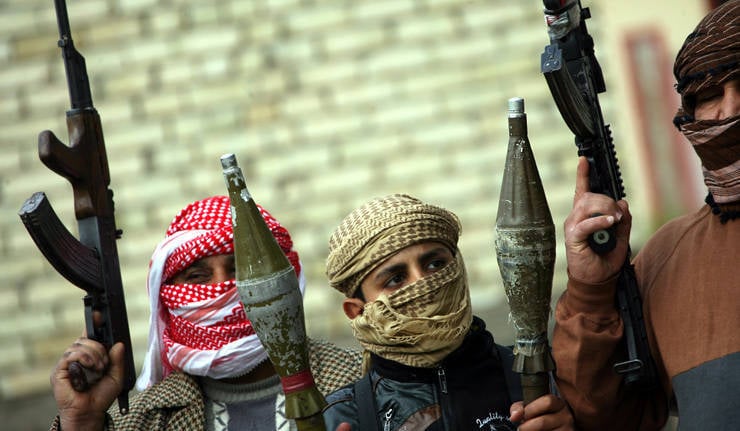 The Iraqi army conducts successful operations against terrorist groups in the west of the country. According to experts, this was possible thanks to reorganizations in the army and the help of local residents who actively cooperate with the authorities. Will this success succeed? Will it affect the situation in Syria? An Iraqi military expert, a retired general, Ahmed al-Sharifi, answered the “Voice of Russia” questions.


- Today we can say that the army of Iraq has changed and has become a real force to restore order in the country. Yes, there are still problems, but the success of the last month has proved that it can successfully resist terrorism. See for yourself, the troops managed to oust the terrorist group Islamic State of Iraq and the Levant (ISIL) from many localities. Over the past month, more than 100 militants have been destroyed, including several ISIS leaders.

Last week, the army was able to carry out an operation to neutralize the militants, and I am not talking about liquidation, but about arrest. But it is known that arresting a terrorist is more difficult than killing. Those people who have joined their ranks often use drugs that suppress the fear and the instinct of self-preservation.

Of course, the success of the army would have been impossible without the help of ordinary Iraqis, who actively cooperate with the authorities and come out with them on a united front against the terrorists.

- Yes, it is known that during the operations in Anbar (a province in the west of Iraq), security forces detected terrorists only thanks to the data of local tribes. This can be interpreted in favor of the army, and against it. Does the army have other sources of information?

- I'll explain now. In Anbar, the local population serves as an additional source of information, helping the army to find the position of hiding terrorists. I talked about this when I mentioned that the people are united with the army. In addition, the help of the local population is needed by the army for two reasons.

First, the so-called war of the 4 generation is now underway, when the enemy is not declared, no one takes responsibility for the crimes, that is, the enemy is completely free hands.

Secondly, the enemies try to blend in with the locals, which makes their detection very difficult. Therefore, the help of the population is really needed, but this is only an additional source of information, not the main one.

- Now the US has slowed down to assist in rearming the Iraqi army with modern weapons. What is the reason?

- The fact is that the US does not yet know which way Iraq is heading for: whether the new Iraq will cooperate with the West or whether there is no place for American interests in our country. The USA hesitate, hence the deterioration of the armament of our army.

- The Syrian army is now also fighting extremist groups, one of which is ISIS. Is there a possibility of cooperation between the Syrian and Iraqi armies in this matter?

- Yes, within the framework of the struggle against the common enemy, there are enough opportunities for cooperation. The most important thing is the exchange of information between our special services. In particular, operational information on the movement of terrorists across our common border is very useful.

If we talk about the unification of forces on the fronts, then it is almost impossible. Both the Syrian and the Iraqi army are engaged, first of all, in the fight against militants inside the country. Thus, we are drawn into one war, but on different fronts.

Ctrl Enter
Noticed oshЫbku Highlight text and press. Ctrl + Enter
We are
What you didn't want to know about EnglandInterview by President Bashar Al-Assad to the Sunday Times
Military Reviewin Yandex News
Military Reviewin Google News
20 comments
Information
Dear reader, to leave comments on the publication, you must sign in.