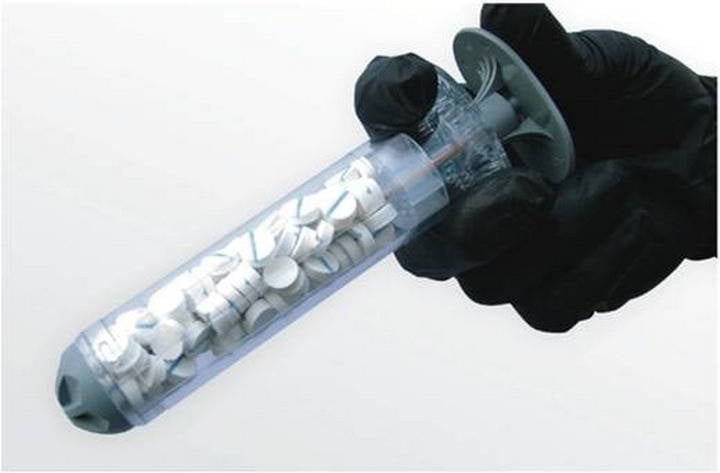 The company RevMedx, which develops products for military doctors and ambulance services, has created a device that can stop bleeding from a bullet wound in 15 seconds. The device was named XStat, and its creators hope that the US Drug and Nutrition Control Commission will approve it for use by medical professionals.


XStat consists of an applicator filled with dozens of tiny sponges that absorb blood when the device is inserted into an open wound. Of course, this filler will not be just lost somewhere inside the body. Each of the sponges is marked with a radiopaque mark, so that the absorbent will be visible on the x-ray when the injured person reaches the hospital.

At the moment, military and civilian doctors are using ordinary gauze to stop bleeding. The doctor has to inject this coarse material into the wound cavity, sometimes to a depth of 12 centimeters, in order to stop the bleeding from the artery. This process not only causes severe pain, but does not always work - if the bleeding does not stop after three minutes, the doctor will have to remove the gauze from the wound and introduce a new one.

The RevMedx team has already received $ 5 million from the US Army to complete work on the product. The Bill and Melinda Gates Foundation also issued a grant to the company to develop a version of XStat designed to stop postpartum hemorrhage.