The lead frigate "Admiral Grigorovich" will be launched in February 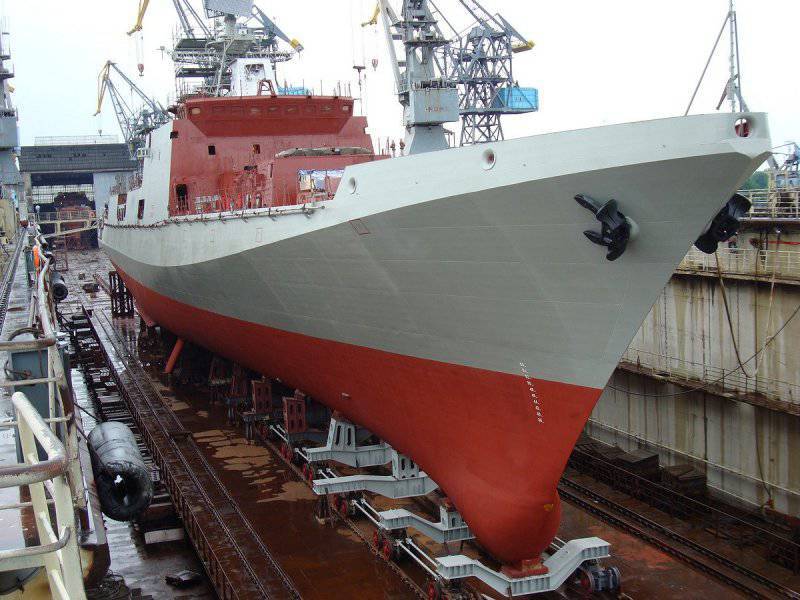 The frigate of project 11356 Admiral Grigorovich, which is being built for the Black Sea fleet at the Yantar Baltic Shipbuilding Plant OJSC, will be launched in February, Interfax-AVN reports with reference to the plant’s press secretary Sergei Mikhailov.


“The construction of the lead frigate is proceeding according to plan, although with certain difficulties. This is mainly due to the work of equipment suppliers. But in February, we plan to launch this ship. Only unfavorable weather can prevent this event if there is a heavy ice situation in the water area of ​​the plant, ”said S. Mikhailov.

According to him, at present, five hulls of frigates of this project are being built at the Yantar plant. The laying of the sixth corps is also planned for this year.

At the same time, an official representative of the United Shipbuilding Corporation (USC), which includes the Yantar plant, announced in the summer of 2013 about plans that will place another order for the construction of three frigates of this project. There is still no contract for these ships, although a fundamental decision has already been made by the Ministry of Defense.

The frigates of this project are almost similar to those ships that were built on the "Yantar" for the Indian Navy.