Reconstruction of the military airfield Steppe 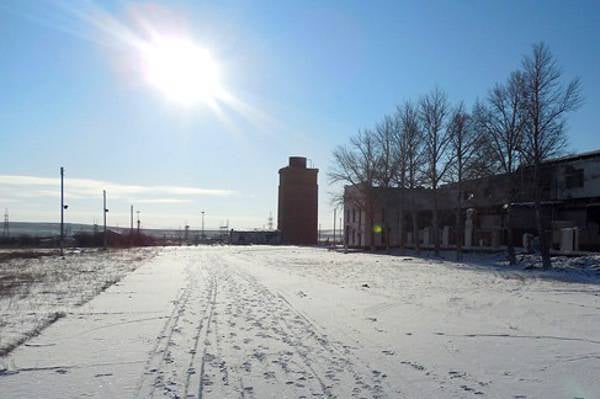 The Steppe airfield is located in 250 kilometers southeast of the administrative center of the Trans-Baikal Territory, the city of Chita. The garrison of the once powerful airbase with a first class airfield capable of receiving all types of aircraft was closed in November 2010. It was decided to leave the runway as an aerodrome of dispersal for another air base.

In 2013, at the suggestion of the Ministry of Defense, Spetsstroy of Russia developed a construction plan on the site of the “Steppe” of a new modern air base with all the necessary infrastructure, including a residential town. In December last year, the commission was visited by the commission, which included representatives of the state customer, the Air Force headquarters and the heads of the SDA department at Spetsstroy of Russia - the head Boris Kondrat and the deputy head and head of the aerodrome facilities Sergey Kalmykov. In January, the first construction assault force headed by the chief engineer of the Novorossiysk branch of the SDA at Spetsstroy of Russia Sergey Timoshenko arrived at the facility. “I should have been here right now to fully appreciate the severity of the local climate. Cold, little snow, the freezing of the earth is 2014 meters. So the main volume of concrete work we have to perform during the four or five warm months. In total, we will have two such time periods - in 2,5 and in 2014 year. In November, 2015, the new band should be put into operation, ”said Sergey Timoshenko.

Currently, the senior workman Sergey Mironov and the workers are preparing the shift camp. Seven trailers, including a canteen and a shower, were singled out by the Amur branch of the SD ATS at Spetsstroy of Russia, working at the Vostochny cosmodrome. On the approach there are eight more trailers, specially purchased for the shift camp. In mid-February, six railway platforms with construction equipment will arrive at the site.

The Amur branch of the Main Directorate for the construction of roads and airfields at Spetsstroy of Russia will not only share the equipment. His staff will also arrive at the site and take over some of the excavation work. The main work at the facility, including concrete, will be performed by the Novorossiysk branch. By the way, this is the most large-scale object in the practice of the Novorossiysk branch: it is necessary to build a three-kilometer runway with a width of 44 meter.

In the midst of construction, around 600 people working on a rotational basis and an 141 unit of equipment will be deployed at the facility.

“We will attract the local population to the maximum. We will need road workers, concrete workers, electric and gas welders, machinists of special equipment, ”said Svetlana Shcherbina, head of the personnel department of the Novorossiysk branch. - But the labor resources of the nearest settlements are small. Soon the personnel department inspector will leave for the site, and we will begin the search for specialists. ”

On January 28, the site was visited by the Governor of the Trans-Baikal Territory Konstantin Ilkovsky. He stressed the special importance of the airfield for the region in terms of creating new jobs and replenishing local and regional budgets.

Ctrl Enter
Noticed oshЫbku Highlight text and press. Ctrl + Enter
We are
Nikolai Nikiforov: “The model for managing the Internet infrastructure should be multilateralReconstruction of the aircraft Fw190A-5
Military Reviewin Yandex News
Military Reviewin Google News
15 comments
Information
Dear reader, to leave comments on the publication, you must sign in.