How our cavalrymen chopped down three Romanian regiments

February 8 2014
0
The encirclement and destruction of the fascist troops in Stalingrad took place in several stages. About this glorious page of ours stories need to write, tell and make movies. The bigger, the better. Only truthfully and honestly. 2 February 1943, the struggle in Stalingrad ended with the victory of the Red Army and the destruction of Field Marshal Paulus's army.


Therefore, today I am posting a good article telling a little-known episode of the great battle on the Volga. 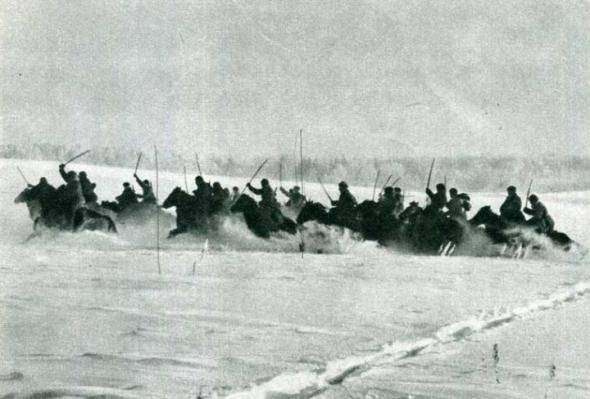 “In November, 1942, during the Battle of Stalingrad, there was one of the last instances of cavalry combat in cavalry.

The 4 Cavalry Corps of the Red Army, formed in Central Asia and served in Iran until September 1942, became a participant in this event.

The corps was commanded by Lieutenant-General Timofey Timofeevich Shapkin.
In the civil war podsailsul Shapkin fought on the side of the whites and, commanding the Cossack squadron, participated in the raid Mamontov on the red rear.

After the defeat of the Don army and the Bolsheviks conquered the area of ​​the Don Army, in March 1920 Shapkin and his Cossacks moved their hundreds to the Red Army to participate in the Soviet-Polish war. During this war, he grew from a commander hundreds to a brigade commander and earned two orders of the Red Banner.

In the 1921 year, after the death of the famous commander of the 14 Cavalry Division, Alexander Parkhomenko, in battle with the Makhnovists, he took command of his division. The third Order of the Red Banner Shapkin received for fights with basmachis. Shapkin, who wore twisted whiskers, the ancestors of the current migrant workers took for Budyonny, and one of his appearance in some village caused panic among the Basmachis of the whole neighborhood. For the elimination of the last Basmachi gang and the capture of the organizer of the Basmachi movement Imbragim-Bek, Shapkin was awarded the Order of the Red Banner of Labor of the Tajik SSR.

Despite the white officer's past, Shapkin was accepted into the ranks of the CPSU (B.) In 1938, and in 1940, the commander Shapkin was given the rank of lieutenant general.

4-th cavalcourse was to participate in the breakthrough of the Romanian defense south of Stalingrad.

Initially it was assumed that horse breeders, as usual, would take horses to shelter, and cavalry on foot would attack the Romanian trenches. However, the artillery preparation had such an effect on the Romanians that immediately after it ended, the Romanians got out of the dugouts and ran in panic to the rear. It was then that it was decided to pursue the Romanians in equestrian ranks.

Romanians managed not only to catch up, but also to overtake. Two corps divisions - 81-I and 61-I - covered them on the right and left, and a real meat grinder began - three Romanian regiments were chopped up in full. The hull losses were scanty compared to the achieved results: 81-division lost 10 people killed and 13 wounded, 61-I - 17 people killed and 21 wounded.

Without encountering resistance, the cavalrymen took the Abganerovo station, where large trophies were captured: more than 100 guns, warehouses with food, fuel and ammunition. 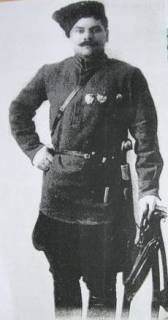 After the liberation of the Abganerovo station, the advanced units of the 4 Cavalry Corps of Shapkin rapidly developed an attack on the large Kotelnikovo settlement and the station of the same name. When half of Kotelnikovo was already occupied by cavalry, Field Marshal Manstein, fearing the loss of this important point, found additional forces and threw them into a counteroffensive.

Under the pressure of superior enemy motorized forces and without the support of other units, Shapkin's cavalrymen were forced to retreat. And the 81 division, which was in the forefront, was surrounded. In this difficult situation, commander Shapkin makes a risky and responsible decision on his own: by the corps to liberate his surrounded division, to save people. And he succeeded.

As night fell, the ground boomed under thousands of hoofs. The Germans did not expect such a rapid, powerful attack. They did not even come to their senses when their ring of entourage was crushed and broken, and the division, which they were going to destroy or capture, was taken out of the encirclement.
Then Shapkin’s corps took part in the liberation of Rostov and Novocherkassk. 22 March 1943, the 57-year-old General Shapkin died of a stroke. ”