Came the first images of the new Iranian submarine

February 5 2014
10
A few days ago, Iranian media first showed the newest submarine, whose construction was completed last fall. One of the Iranian TV channels showed a few shots from the Fateh-type submarine. The existence of this submarine became known a few months ago, but only now the interested public and experts were able to see it. Unfortunately, as is often the case with Iranian weapons and military equipment, the total duration of a video with a new submarine does not exceed a few seconds.


According to some reports, the first official display of the head submarine Fateh should take place as soon as possible and will be timed to one of the dates associated with the Iranian revolution of 1978-79. However, at the moment, very little is known about the latest Iranian submarine, which provokes relevant discussions and disputes. 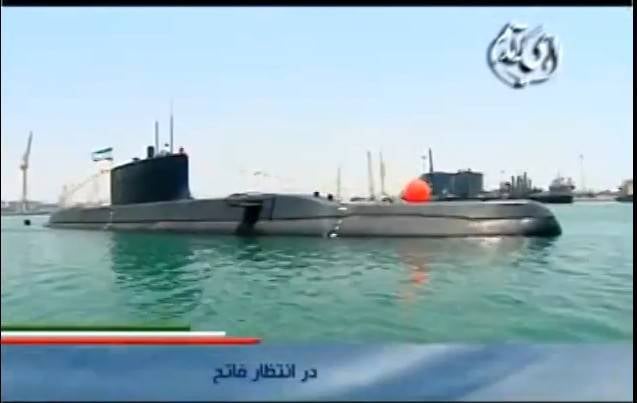 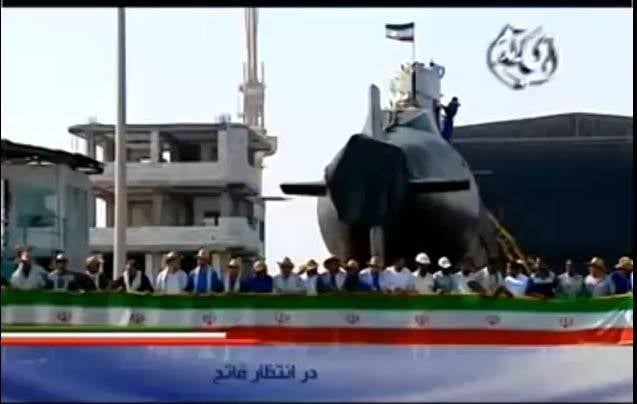 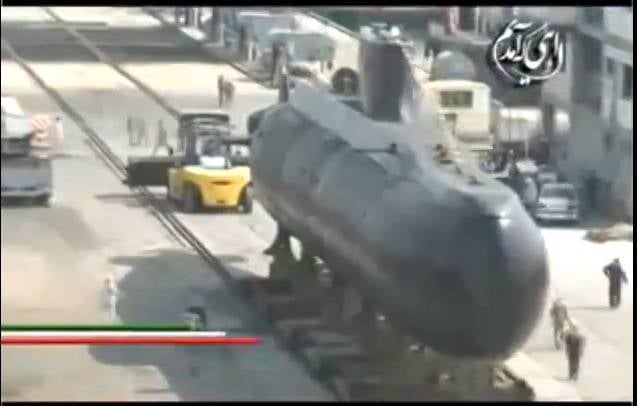 The existence of Project Fateh's lead sub was confirmed by satellite photographs taken at the end of October last year. Later, Jane's published one of the photos showing the Iran Shipbuilding & Offshore Industries Complex Co (ISOICO). A new submarine was spotted at one of the shipyard's berths, the size of which did not allow it to be attributed to other well-known Iranian submarine projects. The submarine, over 40 meters long and with a hull of about 5 meters in diameter, was identified as the lead ship of the new Fateh project. Earlier, in mid-September, a similar boat was seen at a shipyard in the town of Bender-Anzali, located on the Caspian Sea coast, which, however, is slightly longer. There have been speculations about the existence of a modified version of the Fateh project.

Iran has traditionally not disclosed the detailed characteristics of its new weapons and military equipment, which is why one has to be content with only fragmentary data that may not correspond to reality. So, it is known that the submarines of the Fateh project will for some time be the largest representatives of the Iranian underwater fleet. Their underwater displacement is approximately 600 tons, which is one and a half times more than that of submarines of the Nahang type. In the foreseeable future, the title of Iran’s largest submarines should go to the lead ship of the Besat project, the construction of which began last year.

The first submarine Fateh has a length of more than 40 meters and a width of the order of 5 m. The scheme by which the boat was built is unknown. Judging by the size and displacement, the project is made on a single-hull scheme, which allows to achieve the required strength characteristics in combination with acceptable dimensions and weight of the structure. The submarine is equipped with a diesel-electric power plant, while there is every reason to assume that Iranian shipbuilders have not provided for any units inherent in modern air-independent power plants. This will correspondingly affect the combat capabilities of the new submarines, but such flaws can be attributed to the lack of experience with industry.

According to some reports, the submarines of the new project will be able to dive to the working depth of 200 meters, and the maximum available value of this parameter will reach 250 meters. In the surface position, the submarine will be able to reach speeds above 10 nodes, in the underwater position - up to 15 nodes. According to some data, the cruising range at economic speed will reach 4 thousand miles.

Level Iranian shipbuilding industry has also hit weapons complex. Fateh is supposed to equip the boats with four torpedo tubes. Some sources mention ammunition, consisting of eight torpedoes. Furthermore, there are statements about the possibility of the use of sea mines. Thus, the list of combat missions of promising submarines is limited only by the attack of ships and submarines of the enemy or the installation of minefields.

Due to the lack of accurate data, it is still possible to draw only the most general conclusions concerning the prospects of the Fateh project. It is easy to see that this project continues the line of Iranian developments and has the appropriate appearance. Iranian shipbuilders have created a larger and, apparently, more sophisticated submarine compared to previous ones. Having created several previous projects, Iran gained the necessary experience and on its basis created a new submarine. Thus, the submarines of the types Ghadir and Nahang became landmarks on the way to the Fateh project. Similarly, the Fateh project can be considered a step towards the next submarine of the Besat type, laid down last year.

As follows from the available information, the latest Iranian submarines will be armed only with torpedoes and mines. This greatly limits the range of tasks performed, and also seriously affects the methods of combat work. For example, submarines of the Fateh type will not be able to strike at ships or coastal targets of the enemy from a distance of several tens or hundreds of kilometers, since they are unable to use cruise missiles. The effectiveness of torpedo attacks is difficult to assess due to the lack of information about the characteristics of torpedoes and the noise of new submarines.

Despite the rather weak weaponry, boats of the Fateh project may have advantages related to their small size and displacement. Relatively small submarines can secretly move in the Persian and Oman gulfs, as well as in the Strait of Hormuz. Thus, a large number of submarines of the type of Fateh will be able to control several important water areas. In addition, the construction of the second submarine of the new project on the shores of the Caspian Sea is a cause for concern. The appearance of the Iranian submarine on this sea will present the corresponding requirements for equipping the Caspian flotilla of the Russian Navy.