February 5 2014
81
The decline in oil prices again forced the global financial community to talk about the next wave of the crisis, which could hit the countries - major exporters of “black gold” in the first place. As is known, Russia is among not only the world's largest oil exporters, but also among its main producers. At the end of last year, about 510 million tons of oil was extracted in our country (3,75 billion barrels, taking into account the ratio of tons and barrels for Russian grades of oil). 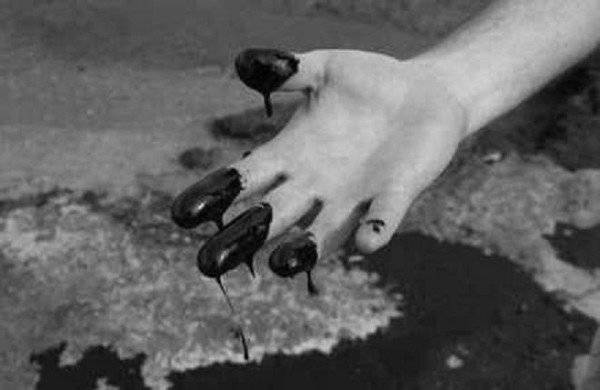 For the first month of 2014, a barrel of oil lost around 5% in price and today is trading at around 104-105 dollars. According to a certain circle of economic experts, such a fall in oil prices is not a temporary phenomenon. They say that the world should prepare for the fact that the price level for "black gold" will steadily decline further. What reasons explain their fabrications? Let's just say, everyone blows in his tune. For example, economic analysts from the United States and Japan are confident that the decline in hydrocarbon prices is a trend that the world should get used to because the United States has an annual increase in the development of shale oil (and shale gas too).

Ernst & Young reports that 2013 was a watershed year for the United States. It was in this year that a significant amount of shale hydrocarbons was produced, demonstrating an abrupt surge in production. According to specialists from the same Ernst & Young, in two or three years the United States should almost completely provide itself with oil, reducing imports to the minimum of all recent years. At the same time, Ernst & Young analysts stubbornly do not mention the fact that in the United States every year the number of lawsuits against those producing companies that claim a "cloudless future" of shale oil production is sharply increasing every year. The number of abandoned "deposits" is increasing abruptly ...
The lawsuits are mainly of an environmental nature, and are supplied with very interesting evidence from those who have already experienced the whole “charm” of shale hydrocarbon production. Frames from the muddy slurry flowing from the kitchen faucet, which flares up from the match held to it, were published by many news agencies.

In his blog on Echo of Moscow, journalist Vasily Golovnin, who works in Tokyo, publishes information that he said he heard at the National Press Club in the capital of Japan. So, in Japan they are sure that with the growth of shale oil production, Americans are not being cunning. Moreover, in the Japanese economic press there are predictions that in just over 5-7 years, the United States can completely abandon oil imports, since it will switch to full self-sufficiency in this matter.

But why are Japanese economic mass media so sure of the success of the American “shale miracle”, when in other countries of the world (and in the USA too) in terms of the efficiency of shale oil production - there is a great skepticism?

In fact, Japanese confidence is no confidence at all. This is a kind of mantra that has to be repeated for ourselves in order to convince ourselves again of a cloudless future with cheap oil. Such a "mantra" is aimed at this. First, if oil will only continue to fall in price, it will have an extremely positive effect on the Japanese economy, because for its development we need not just energy, but cheap energy. Secondly, the active development of the Japanese economy will again allow the Japanese to contend with China for economic primacy, at least in the East Asian region, and in fact the Japanese economy has lately been more than a giant hole (national debt is more than 1000 trillion (quadrillion) yen - about 10 trillions of dollars) is clearly not in the “openwork”.

True, an interesting "but" arises here. After all, cheap energy (oil in the first place) and for China are also extremely beneficial. China alone can buy billions of yuan in purchases of hydrocarbons from Russia if the price of a barrel fell below the psychological mark in 100 dollars. Why, then, do the Japanese so much hope that the decline in oil prices will play up to their economy, but will not give any positive to China? It is worth returning to the publication of Vasily Golovnin on Echo of Moscow. The focus of this publication becomes clear after such words of the author:

Keeping oil prices at a level no lower than 70-80 dollars will give a chance for survival to countries with archaic authoritarian regimes that, as a rule, control global oil reserves.

And almost immediately:
The US refusal to import oil will not be the only blow to the market - China, too, is believed to be, if not reduced, then not too much to increase its consumption. China's economy is losing growth. And the main chance of China is the transformation towards the Japanese development model. Those. fast jump from mass production of low-cost products to a technologically innovative economy. The first in the world succeeded in Japan, then in South Korea. If China manages to make such a transition, it will reach a new level of development, but it will not noticeably increase oil consumption. If he fails, the result will be the same, since the pace of his economic growth will in any case fall.

Do not many “fall” and “lose the pace of growth”? .. That's the highlight of this publication on the most “democratic platform” of all Russian media ...

That is, the main message goes in what form: if oil costs more than 80-ti dollars per barrel, then “authoritarian archaic” regimes can still somehow stand up. If not, “kaput” right away ... According to the authoritarian archaic regimes, judging by the words presented, “the gentleman from Tokyo” also includes the Chinese model, which, you see, must certainly move “towards the Japanese development model”. This, I'm sorry, what is such a Japanese model of development? Oh yes, the one in which the state has a trillionth (in dollar equivalent) debt in the 10 liabilities, and this debt (almost 80 thousand dollars for every living Japanese), any Japanese government is trying hard to disguise the nationalist “renaissance”, something else from this series. You can’t go anywhere - you have to disguise, as if the government of the Land of the Rising Sun took responsibility and began to pay its debts, tightening its belts and strangleholds on ordinary Japanese, then this cabinet would be immediately sent to "pacify Fukushima". The Japanese authorities (like the US authorities, by the way) do not want to take responsibility in terms of repaying huge public debt, delaying this point for the future, and in order to justify their actions, they come up with fairy tales “about a white bull” - authoritarian regimes, goodness from shale oil, the need for transition China's economy on Japanese rails (read - rake), and much of the same series ...

Obviously, the materials that the oil “well, will surely fall below the plinth,” or even completely end in years like this through 20-30, are also directed against Russia. Of course, such an opportunity to our "partners" gives more than a substantial raw material part of the Russian economy. Any trough in oil prices will hit not only the economy of the Russian Federation, but also its political segment. The budget for 2014 year is laid out, based on oil prices not lower than 93 dollars per barrel. Today, even more 10 dollars are coming to this critical point, but if the speculation continues, and if someone from Wall Street says again: “The crisis has come,” then these 10 “spare” dollars will dissolve quickly. And in this situation it will be possible to blame at least the Japanese, even the Americans, even the Venusians, and the Russian economy (unlike the Chinese one) will definitely have a hard time. Offensively? Yes. Annoying? Yes. Insulting and annoying to our government? Here there are some doubts, because in recent years, the raw material part of the economy has only grown, despite the Napoleonic plans for diversification, modernization and other innovations ...

Of course, with a rational approach to the use of income from the commodity sector, it is also possible to disperse the economy well (Norway is an example), but the fact of the matter is that with a rational approach, everything is somehow difficult ... Dear oil is bad - we start money in the US You know, the European “Uncle's” pod is rammed so that inflation does not jump ... Cheap oil is bad again - pod lop is uncorked, programs are “adjusted”, belts are tightened…. Well, it’s just an energy source not granted by nature, but some kind of punishment ... Is there a person in power who can turn this "heavy cross" into what hydrocarbons should be for the modern economy - a real impetus for its full-fledged (and not only raw materials) development? "Will seek…"

Ctrl Enter
Noticed oshЫbku Highlight text and press. Ctrl + Enter
We are
How the US dollar turned into a big financial mystificationThe struggle of the two largest economies of the world is escalating
Military Reviewin Yandex News
Military Reviewin Google News
81 comment
Information
Dear reader, to leave comments on the publication, you must sign in.