Why China is actively investing in Belarus 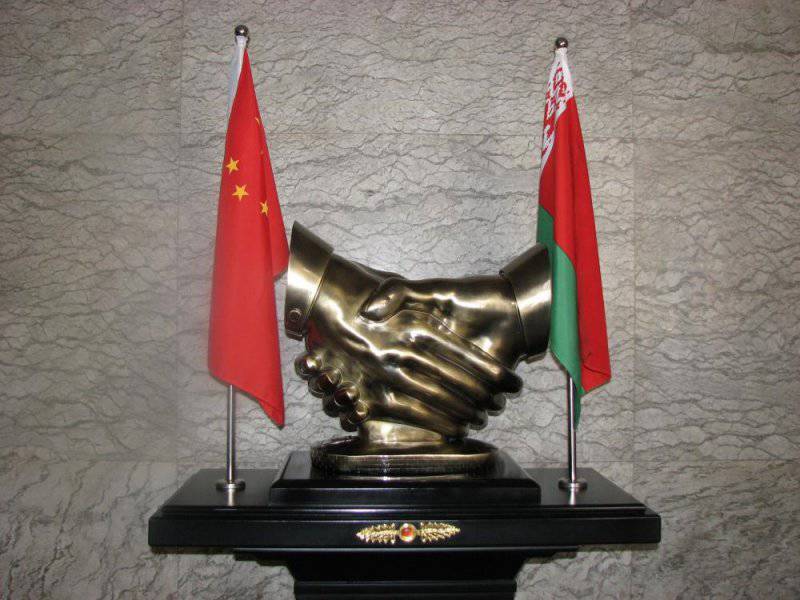 In the coming years, China and Belarus are going to build an industrial park twenty kilometers from Minsk. The economic potential of Belarus is often underestimated, and the Celestial Empire decided to take advantage of this. But will the investment benefit the Belarusian economy? And would not the opening of an industrial park threaten the joint interests of Moscow and Minsk?

Belarus is attractive for investors because it is stable. As you know, money loves silence, so every entrepreneur is looking for a safe haven. The political prospects of Belarus are transparent and clear: it is obvious that in the coming years the republic will not face such problems as the CIS countries.

However, the sanctions regime imposed by the European Union and the United States against Alexander Lukashenko, prevents Western investors. Due to the confrontation, foreign investors cannot invest in the development of the Belarusian economy. Belarus itself does not suffer from this: it has other strategic partners who are ready to support it with the ruble. Thus, those who wanted to make Minsk unpleasant, found themselves in an uncomfortable situation, and are now forced to drool at the promising Belarusian market because of the high fence, which they themselves built.

But the Belarusian market is open to investors from those states that implement a balanced economic policy and do not get involved in trade wars. The Belarusian market, free from the dominance of Western goods, is very attractive. However, Russian investments, despite their volume, are insufficient, and therefore Minsk is looking for new partners.

Fortunately or unfortunately, continental China became interested in Belarus. China plans to invest heavily in the infrastructure of the republic. Thus, a large Chinese-Belarusian industrial park is planned to be built near Minsk. The park will be huge - according to rumors, for its construction is required to eliminate 14 settlements. The new complex will combine enterprises of different profiles: chemistry, biotechnology, machinery, electronics, light industry. The Belarusian authorities have already promised a tax amnesty to Chinese investors in the next 10 years. 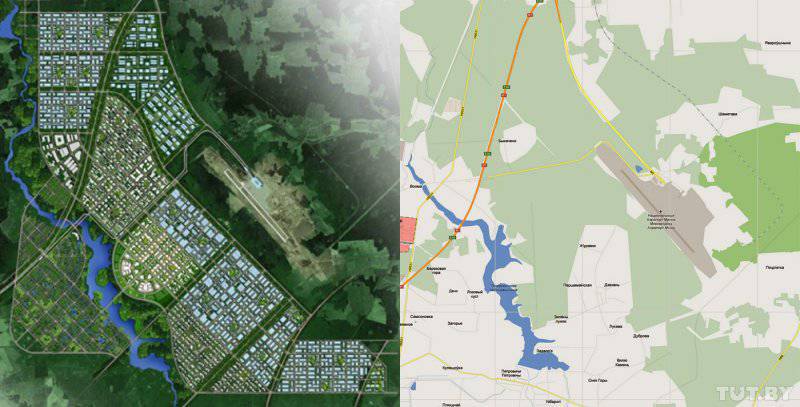 The approved scheme of the Chinese-Belarusian industrial park

At the same time, residents of villages and cities offered for demolition will not receive any benefits and privileges. In connection with the expected construction, a lot of unconfirmed gossip appeared, for example, that about 600 thousands of Chinese will be settled near Minsk. This number is not confirmed by anyone: even local residents agree that such rumors are exaggerated. Exhaustive information about the industrial park is contained in the newspapers, and we are not talking about the resettlement of the Chinese.

However, no matter how, Belarusians rightly fear that the new complex of enterprises will harm the environment. On the territory of the future industrial park there are two natural reserves with many unique underground lakes, as well as reservoirs of drinking water flowing into several districts of Minsk. In addition, for the construction of the park will need to unearth several cattle cemeteries, which threatens the spread of dangerous diseases.

Investments must be protected - this principle is adhered to by any state that is ready to invest in the development of a foreign economy, otherwise the money will fly into the pipe. Does it make sense to build a factory if the rebels burn it out? Is it worth building a railway bridge if it is bombed?

In Belarus, the risks of losing their own funds are absent. As stated above, the country is stable, and its entry into the Customs Union becomes an additional guarantee of capital security. Thanks to the Russian-Belarusian agreements, Chinese investors, contacting Belarus, are confident that if the republic faces any difficulties, Russia will help it.

In addition, the opening of an industrial park in one of the countries of the Customs Union opens up another hole for China on the Russian market: now the “attack” will be carried out not only from the Far East, but also from the European direction. There is no other market for the sale of goods produced by enterprises of the new industrial zone. It will be difficult to supply products to the European Union because of the contradictions between Minsk and Brussels, and the Belarusian market itself is too small. There is only one option left - Russia and Kazakhstan.

Thus, the Chinese industrial complex on the outskirts of Minsk can be considered as a kind of Trojan horse. At first, it may seem that the appearance of foreign investors is a blessing for the Belarusian economy, but if you look at the problem better, it turns out that China is not just investing in the infrastructure of Belarus, but is striving to form its own monopoly that can transform Belarusian borders and spread to all countries of the Customs Union. .

The new industrial park near Minsk must be considered in conjunction with the Ukrainian-Chinese project, which deals with the construction of an industrial park in the Crimea. At the same time, the Celestial Empire is strengthening its position in Western Europe: at the insistence of the Monetary Fund and the European Union, Chinese entrepreneurs acquired several companies from the depressed countries of the PIGS group - Portugal, Italy, Greece, and Spain.

China is also strengthening its position in Africa: here the Celestial Empire stresses that the Chinese and Africans in their time survived the colonial era and suffered greatly from the white aliens. Why should not the formerly oppressed peoples rally their efforts in the struggle against neocolonialism? And this technique works well.

It is possible that, following the Chinese emissaries, soldiers from the Middle Kingdom will begin to arrive in Africa, as investments need protection, and the armed forces of African states are too weak to repel external and internal threats.

However, Belarus is not Africa. Here is an efficient army, a dynamically developing economy, a strong vertical of power. If something happens, Minsk will find support from Moscow. Therefore, Belarus is unlikely to move closer to China as much as it does with Russia. First of all, it is connected with geographical distances, as well as with the cultural proximity of the Russian and Belarusian peoples. But this does not diminish the threat from the Chinese "Trojan horse": it seems that China has found a new occupation for itself, and will do everything possible to squeeze the juice from the Customs Union - its potential rival in Central Asia and Eastern Europe.