US provoke Russia to an arms race 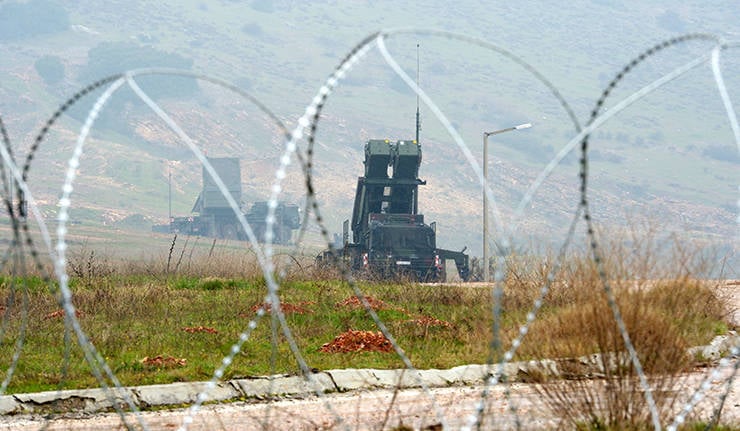 The United States has stepped up the deployment of a missile defense system in Europe. At the same time, Washington is very concerned about the modernization of the Russian Armed Forces.


In the next two years, four destroyers of the missile defense (ABM) of the US Navy will be deployed to protect Europe from a missile attack in the sea areas of the Old World. The first of these days - the destroyer Donald Cook, equipped with the Aegis anti-missile system, headed for the Rota naval base in Spain.

Informing this news during the Munich security conference, Pentagon chief Chuck Hagel also said that two days earlier he had encouraged Poland with the US readiness to deploy missile defense elements here. Global challenges are addressed to Europe and the United States from the Middle East and North Korea. And in these monstrous levels of tension, Chuck Hagel noted, countries like China and Russia are modernizing their armed forces, also "challenging defensive partnerships around the world."

The fact that the deployment of the US missile defense system in Europe has long and more than reasonably worried Russia was lowered by the Pentagon chief in his speech. The fact is that the missile defense system is a kind of “sacred cow” for the United States, explains Pavel Zolotarev, deputy director of the Institute for the USA and Canada. The very issue of missile defense itself gives impetus to the development of science in a very wide spectrum, both fundamental and applied.

According to Zolotarev, any attraction of budget funds in the field of missile defense brings results. However, not in the sense that it is possible to create an effective missile defense system, it is an unrealistic task, the expert said.

"They understand this perfectly well and do not set out to create a missile defense system capable of reflecting a massive missile strike. As an example, I constantly cite (such a fact): the first stage of the Star Wars program at the time of Reagan allowed the Internet to be brought to the global level. the fact that it was actively developed under the Star Wars program. What new technologies may emerge now is difficult to say. But in order to achieve the goal set — to maintain our technological superiority over all — it’s necessary ational invest in missile defense system. But it is still necessary to have a reason to convince their voters to invest their money in missile defense. So if it were not for Iran and North Korea, it would be necessary to invent them. "

At the same time, budget investments in missile defense, and therefore in advanced branches of science and technology, are largely capitalized. Business is involved in military projects through actions. So one should hardly worry that the missile defense will destroy the United States, Zolotarev believes. And, in addition, for the European Union, as part of NATO, the missile defense program is also of practical practical importance for the formation of an integrated control system for both air defense and missile defense. Such a system, if necessary, will allow you to deploy mobile systems such as "Patriot", their counterparts of the sea-based in the right quantity and where necessary. The control system is the most important thing, says Pavel Zolotarev.

The European milestone of the US global anti-missile defense system does not meet its officially declared purpose, says Vladimir Evseev, director of the Center for Socio-Political Research. Because, according to him, neither Iran, nor the DPRK, even more, do not have missiles today that could really threaten Europe and the United States.

"The weapons of the Islamic Republic of Iran are liquid rockets of the type" Gadr-1 "," Shehab-3M ". These missiles have a range of not more than one thousand six hundred kilometers. A priori, these missiles cannot pose any threat to European states. At present, The Islamic Republic of Iran continues to work on creating a Sajil-2 solid-fuel rocket, but the timing for adopting this rocket is not clear. For at least two years, there have been no flight tests of this rocket, so to say that this rocket will be Yata soon adopted, apparently, it is not necessary. "

Under these conditions, it is obvious that the United States is deploying a missile defense system in Europe with the goal of possible deterrence of the strategic nuclear forces of the Russian Federation, Vladimir Evseev notes. The missile defense destroyers deployed at military bases in Europe pose a potential threat for the interception of Russian ground-based and sea-based intercontinental ballistic missiles (ICBM), the expert is convinced.

At first, Moscow reacted rather reservedly to the US missile defense program in Europe. For example, it put into operation new radar stations such as the Voronezh DM. But today, Russia is forced to create a new heavy rocket, develop a combat railway missile complex, and also build up its arsenal of Topol-M and Yars-type ICBMs. It turns out that the United States and NATO are pushing Russia to take military-technical measures to contain the West.

Thus, the arms race is unwinding, summarizes Vladimir Evseev. And until the West sees Russia as an equal partner, it will be impossible to say the creation of a common security system between the Russian Federation and NATO.

Meanwhile, the activation of the Euro-PRO program was officially commented on by the Russian Foreign Ministry. Recall that the head of the Foreign Affairs Department of the Russian Federation, Mikhail Ulyanov, did not rule out that with the further development of the missile defense system, Russia will take advantage of the right to withdraw from the Treaty on Strategic Offensive Arms. The chances of avoiding such a scenario depend on the political will of the United States.