Another article by Yuri Krinitsky “Parry a quick global strike” continued a heated discussion about the further ways to implement the Concept of Aerospace Defense of the Russian Federation. The main problem is that with the creation of the EKR Troops, unified leadership and joint responsibility for organizing and conducting armed struggle with all the forces and means of an aerospace attack (SVKN) of the enemy over the entire territory of Russia and its allies were not restored.

The discussion arose because of different ways to solve the problem. It turned out quite extensive. At the same time, with the many particulars and lengthy phrases with which the authors operate, it is not immediately possible to understand the essence and differences of the proposed ways of solving the named problem. If we discard all particulars, two fundamentally different paths emerge very clearly. 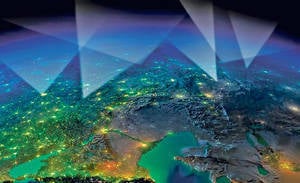