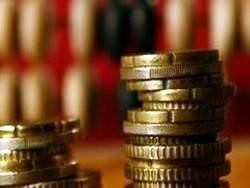 Only the place of communists is now occupied by political Islam, the famous economist believes


If you look at how the situation is developing in world politics, you can see the most powerful changes.

You can disagree with the concept of the collapse of the global financial elite, you can not believe in the continuation of the economic crisis, you can sincerely believe in "European values", but it is enough to read Obama's recent speeches - that at the UN General Assembly last fall that the last speech before Congress and it becomes clear that something is happening. And here it is not so important whether a particular person believes in the reasons for the changes that we are proposing, or not. Because the changes are exactly taking place.

Of course, even here you can behave like an ostrich (more precisely, as rumor attributes to an ostrich), that is, hide your head in the sand and not think about anything. But still these minorities minority. And the rest, just the opposite, turn their heads to feel some whiffs ... And the main thing in this situation is to understand what will happen among the elite, that is, those people who can (although not always want to) make decisions required scale. Of course, we cannot think for them, but we can give some reasoning.

So, the first and main group are those who absolutely do not want to change anything. And the longer the elite “sat quietly,” the more such people. Actually, in our country, we see them every day on TV, read about them in newspapers, and see in government institutions. But in other countries there are a lot of them. They have one task in life - to nip in the bud any attempt to change something in the system that provides them with a beautiful life. And anyone who tries only to give a hint that the situation requires change is exterminated by this group with the utmost cruelty - if not physically, then within the framework of social and political life. Since this is not perceived as a desire to get out of the crisis, but how to dislodge someone from the current elite and sit in its place.

As is clear, as a result, the possibility of reforms is sharply limited, which sooner or later leads to an explosion. The classic example is Russia 1917, when the categorical reluctance of the estate aristocracy to change something in the country led first to the death of this very aristocracy, and then to fundamental changes in the country. But there are more "soft" cases.

To understand the present moment, you need to see who personifies this group today. It seems to me that it consists of two main parts. The first is the international financiers (for the overwhelming part of which there will simply be no place as a result of the crisis, since the financial system will fall short), the second is the bureaucracy (the international is almost full, the national is in large part). Again, because of the reduction of money and the simplification of the management structure.

What are these forces doing? Well, everything is clear with the bureaucracy: here ours is not different from the international one, the bureaucracy is always and everywhere the same. And it does a very simple thing, it is responsible for what we have in the press got the name “guard”. That is, it dramatically increases the parameters of ensuring “security” (quotes because it does not mean us, but only itself), eliminates unauthorized activity, lowers the level of education, and then goes on in the list. I will note that the same thing is happening in the world as with us - under the furious cries about “freedom and democracy”. However, in the literature this combination was considered so many times that it was somehow inconvenient to even repeat.

With the financiers somewhat more complicated. The fact is that in them the processes of the “withering away” of a part of the elite have already begun, and the matter is gradually reduced to the formula “die you today, and I tomorrow.” But at the same time, there are no less protective tendencies, but they still manifest themselves in provisional industries, including economics.

Their essence is manifested in the simplest formula: “We desperately need a creative part of what can be done, but only under the condition that nothing can be done with us.” In combination with the growing security, this boils down to ingenious reasoning in the style of the stories of the heads of our Central Bank of recent days about the reasons for the devaluation of the ruble. You find it funny? As a professional, I don’t really, because I perfectly understand that they say the same thing on their inner parties. Just because “step to the left, step to the right ...” Well, you understood.

And in this situation, for the first time, I have to admit that in some moments English is more “powerful” than Russian. The fact is that it has two verbs “to be able” - “may” and “can”. And if the second means physical possibility (in our case, reform), which, of course, takes place, then the first means real execution, which cannot be achieved. Because that part of the elite (the people are either silent or divorced), who wants to change, while not able to "kill" the guardian instinct of most of the elite. In our country, this elite mainly consists of bureaucracy, and among them - of financiers and lawyers, who do not accept change at all.

So what do those who understand all this and at the same time can influence something? The big question. You can, of course, educate young people, but ordinary young people have little influence on what, and the elite really don’t want to destroy the world in which they inherit parental status. There are, of course, individual exceptions, but they do not make the weather. So, with a high probability we are in for a crisis comparable to the 1917 year, only on a global scale.

Only now there are practically no communists today. Instead, we have political Islam. And, just like the Communists then, he does not consider the possibility of reforming modern capitalism, its slogan is “We will destroy the whole world of violence, to the ground ...”. But "and then" - no. Missing. It's like young people on the “Maidan”: there is no desire to build a “national state”, but there is no longer an understanding that they will have it. And the tougher the financiers and the bureaucracy defend the old system, which is clearly “not a tenant” (even Obama understood!), The brighter will be the victory of Islam!

You can, of course, pretend that I (and those who agree with me) are a marginal who do not understand or see anything, and the crisis is about to end. But this, as is clear, is not a very constructive way out - at least for people who think. But what a constructive way out? I do not see yet ...