February 4 2014
74
Today the name of Alexander Rosenbaum is familiar to millions of Russians. This is a famous Russian songwriter who, in general, needs no introduction, his work is loved and respected by millions of people. The form of his work is very close to the author or as it is also called bard song. The artist gained the greatest popularity in 1985-90's as a singer who wrote and performed many “Afghan” songs. The Afghan war was known to the singer firsthand, during the war he often visited Soviet units, giving concerts in them. Alexander Yakovlevich Rosenbaum himself is a retired military man; in 2000, by order of the Ministry of Defense of the Russian Federation, he was given the rank of colonel of medical service of the reserve.

It is worth noting that the arrival of artists on the front line is quite an old tradition, since the days of the Civil War, when special front propaganda teams appeared on both sides. It took a much larger scale during the Great Patriotic War. During the war years, front-line teams of artists gave almost 1,5 a million concerts — 10 concerts a day. And although now the newspaper headlines of the war years seem boring and trite: “The artists inspired the fighters before the battle,” “The Muses didn’t keep silence,” “Art helped to forge the Victory,” behind all these propaganda stamps, the 100-percent was hidden from print. a life.

For example, the Soviet artist Lydia Ruslanova was dubbed by the people the “Guard of the People’s Artist”. Throughout the Great Patriotic War, she spoke to the Soviet soldiers on the front. After the surrender of Nazi Germany, her famous concert took place, which was organized on the steps of the captured Reichstag. According to the memoirs of Lyudmila Kairanskaya, Honored Artist of Russia, when Zhukov, Eisenhower and de Gaulle came to the soldiers, they were greeted with applause, but when the announcement was made: "Lidia Ruslanova will speak before you," something simply unimaginable began. So, along with the famous Katyusha multiple launch rocket systems and a tank T-34 Soviet artists contributed to the great Victory. 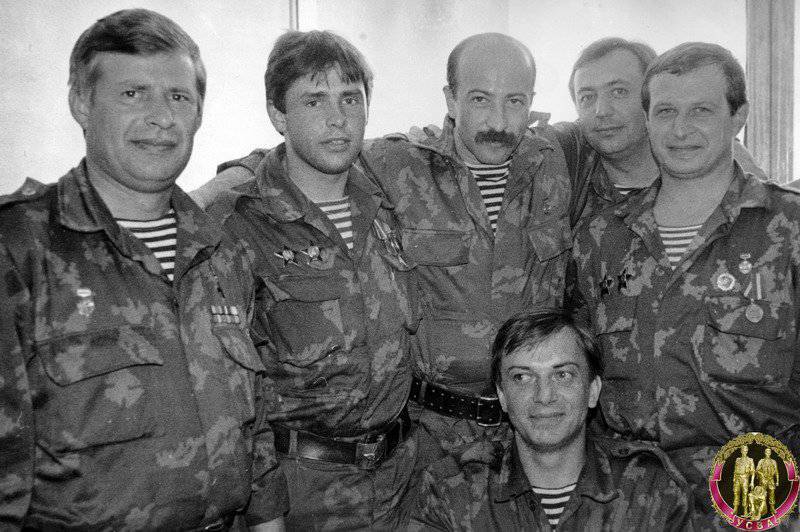 This tradition has not disappeared anywhere in 40 years, when domestic artists reached Afghanistan, into which Soviet troops were deployed. Many came to Afghanistan with concerts and not once. Among them are Iosif Kobzon and Lev Leshchenko, Valery Leontyev and Edita P'eha. This list goes on and on, it is quite impressive. They all sang in military clubs or on improvised scenes - two “Urals” shifted to each other. Most of the songs at such concerts were performed at the request of the servicemen themselves. Such concerts were very important, because, according to the “Afghans”, they blew home, a meeting with the Motherland.

However, Alexander Rosenbaum overtook many Soviet performers in popularity. It was he who wrote the most famous song today about the Afghan war, we are talking about the “monologue of the pilot of the Black Tulip. “Black tulips” were called planes that brought zinc with killed soldiers to the Soviet Union. The words of this shrill song survived the war and to this day have a special meaning for all those who managed to visit Afghanistan in those years.

Somehow the already famous artist made such a confession: “On the Afghan war before my first trip there, I wrote only one song -“ In the mountains of Afghanistan. ” Many still love this song. For Rosenbaum, it ceased to exist already after the first trip to the war, because of just one line “Equalize to the banner!”. During the battles in Afghanistan, no one was equal to the banner; there was no political leader Klochkov in that war, because he was part of the Great Patriotic War, of that time. There was no such element in Afghanistan, but Rosenbaum could not have guessed about this before going there. And this line of just two words, to some extent killed the song. Having been in Afghanistan personally, Alexander Rosenbaum wrote “Black Tulip”, “The Road to Life”, “Caravan”, having invested in his songs his own personal feeling of war. He recorded the song "In the Mountains of Afghanistan" on the record, but never performed it again, leaving it just for stories. 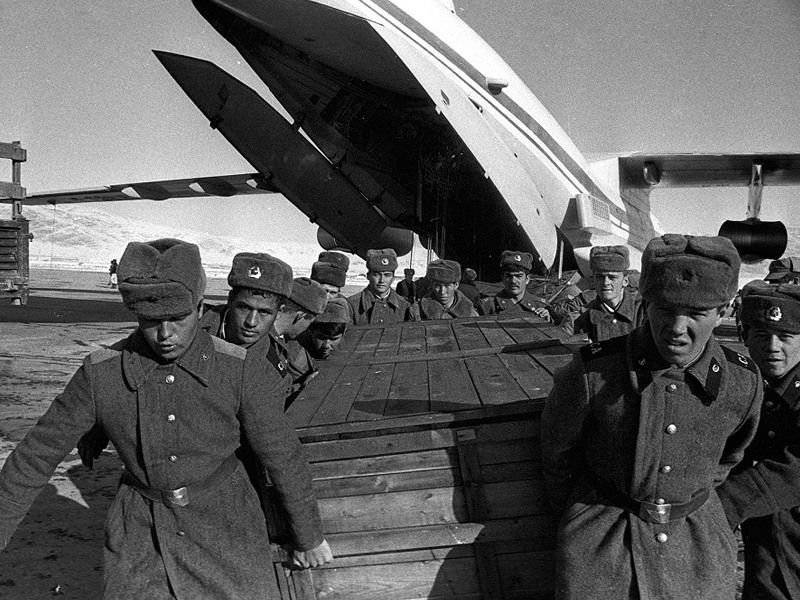 After the end of the conflict, Rosenbaum told why he decided to go to this war. He stressed that they were driven not by politics, but by civic duty. He went to Afghanistan not for the wrong war, but for the people who were involved in this conflict, for someone's children, who by the will of fate were in this country. Then he didn’t care if the war was right or not. According to Rosenbaum, the easiest way to talk about this "wrong" of the conflict was to those who managed to otmazats his sons from the army. However, simple Aunt Masha was unable to do this, and her son went to war. It was to these sons that Rosenbaum rode. These soldiers, who could go under the bullets tomorrow, could count on meeting with a famous artist to the same extent as their wealthy peers - Leningrad and Muscovites, whom the war had not touched.

At the same time, the participation of Alexander Rosenbaum in that war was not limited only to concerts. In Afghanistan, he not only sang, he had to shoot, kill, heal people. He survived the war from within, personally met with many of its parties, which exposed human characters. These trips have played a very important role in his life. After the war, he said that he did not regret for a second that he had been in Afghanistan and was happy that he had the courage to be there. He compared the six and a half months he spent on this war with six years of peaceful life. It was a time that affirmed his courage, will, breadth of coverage of people and life, influenced creativity. The unforgettable feeling of front-line fraternity, the merging of people in the face of death, all this forever saved the artist from the danger of skepticism and cynicism, which gave rise to Soviet reality. It was in Afghanistan that he fell in love with the army, and in the future he strongly supported it, protested against the defamation of the armed forces and constantly maintained creative contacts with it.

The ideal officer officer for Rosenbaum was General Boris Gromov. Later, the general spoke very warmly about the artist. According to him, Rosenbaum was a man in whom there was an attractiveness, firmness, from him there was some kind of force that was transmitted to others. In Afghanistan, Alexander not only ambushed and acted with the special forces, he toured a lot of remote outposts. If to compare with other artists who came there with concerts, they mostly performed in clubs and on some more or less adapted scenes for this. Rosenbaum also performed at such sites, but still he tried to spend most of his time where soldiers were hardest. 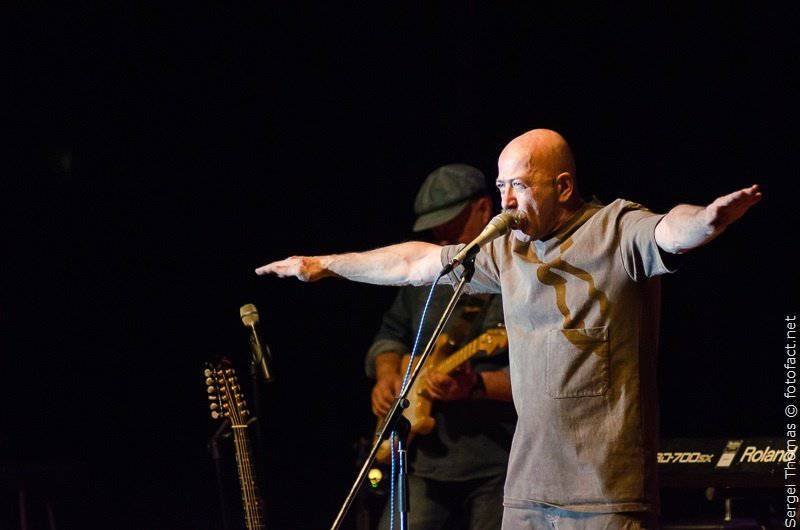 Having been in Afghanistan, he understood a lot. That war is not just tragedy or horror, but also life in all its manifestations. War and birthdays are celebrated, and weddings are played, there is also their own humor. It’s not for nothing that Terkin was coined in his time. Therefore, it is wrong to speak and talk about the war only as about death, tragedy, horror. War is also life in the highest sound, it is in the war that all feelings reach the highest intensity, since tomorrow everything can end for you. After traveling to Afghanistan, Rosenbaum understood this quite clearly.

Later he talked about the fact that two different Afghanistan lived in his mind. One of them is a foreign land, in which thousands of young people from the USSR died, it’s a wounded soul and personal pain. The second Afghanistan, which is dear to me, is Afghanistan, the courageous and strong people who determined the look of the Soviet army. According to Rosenbaum, in Afghanistan he was fortunate enough to meet a huge number of courageous and strong people, about whom he writes songs and will write them until the very end. The trips to this war became a part of his life, of which he brought out one truth for himself: “if in civilian life, in our daily bustle, you can be replaced by a 10 foot, then in a war, a shoulder will be inserted ten times”.