Echo of the first round of "Geneva-2" 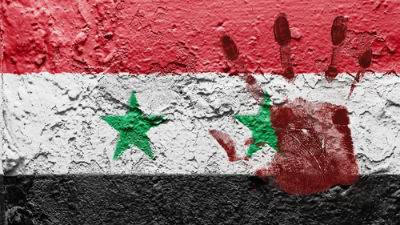 Despite the complexity of the situation, we can safely say that Syria won the first round of the Geneva-2 conference. And the SAR delegation returned to Damascus as winners with an 3: 0 score. For she submitted to the conference three very reasonable proposals, which were rejected by the so-called “opposition”, which throughout the conference consulted the former US ambassador to Damascus, Robert Ford, and other equally dark individuals. So, Syria has proposed an important document - a declaration of the basic principles for resolving the crisis, a statement condemning the decisions of the United States to supply militants weaponwhich ultimately falls into the hands of extremists associated with Al-Qaida, and a statement on combating terrorism, based on UN Security Council Resolution No. 1973 for 2001 year.


The fact that the delegation of the “opposition” rejected all three documents, especially the first one, says that the opposite side in general has no interest in resolving the crisis, it does not care about the sufferings of ordinary people, but only the will of the sponsors. The Syrian people were able to draw the appropriate conclusions for themselves.

During the stay of the delegation in Geneva, the Syrians went to the rally in support of it. In Damascus, there were several car races with national flags on cars. A youth action was held near the UN office in the Mezze district. In the city of Hama, trade unions held a rally in support of the Motherland. A student demonstration took place in Aleppo, and a mass nationwide march took place in Hasaka.

After the arrival of the delegation, on February 2, residents of the newly liberated city of An-Nebeck en masse took to the streets in support of the military. Perhaps it was one of the most massive shares in recent times. In the metropolitan quarter of Kafr Sousse on the same day, a popular demonstration took place, the participants of which expressed support for the very political declaration of the basic principles for resolving the crisis, which was proposed in Geneva.

That is, while the “opposition” rejected this most important document, the Syrians are expressing support for it. What again speaks about how far the "opposition" from the people, from its aspirations and demands.

Therefore, the "opposition" in the person of terrorists continues to revenge the Syrian people with dirty and vile methods. So, February 2 on the city of Dzharamana in the province of Damascus poured real rain from mortar shells. 26 people were injured, among them - women and children.

In the village of Asal Al-Ward, Damascus Province, terrorists assassinated the chairman of the branch of the Peasants' Union of the Province, Muhammad Khalluf. A bomb was planted near his home. As a result, 3 people were injured, among them the son of Hallluf.

In the province of Homs, terrorists fired 5 missiles at residential buildings in the villages of Al-Mukhtariya and Beit An-Nabhan. Fortunately, there were no casualties, but many apartments were damaged.

In eastern Syria, between the cities of Deir ez-Zor and Hasakah, gangsters sabotaged the Ad-Jibs gas pipeline, which led to the shutdown of the gas plant and enormous material damage to the country's economy.

And another, very ominous echo of the first round of negotiations, extremely unproductive for the "opposition", was a statement by the Secretary of State John Kerry. He threatened Syria with an armed invasion on the basis of Chapter 7 of the UN Charter, implying the use of force. The reason for such threats was the delay in the removal of chemical weapons, which, according to the Organization for the Prohibition of Chemical Weapons (OPCW), was not due to ATS, but due to bad weather conditions and obstacles from terrorists. So, recently, on January 27, gangsters killed two Syrian specialists who dealt with this issue.

But Kerry is well aware that the UN’s decision to bomb Syria will not be possible. With similar low-grade statements, he is trying to put pressure on Damascus before the next round of talks, but these words look like a very cheap bluff.

Ctrl Enter
Noticed oshЫbku Highlight text and press. Ctrl + Enter
We are
Geneva-2: the miracle did not happenSyria: the rebels do not give up because they do not want to die
Military Reviewin Yandex News
Military Reviewin Google News
20 comments
Information
Dear reader, to leave comments on the publication, you must sign in.