Is Uzbekistan a new Central Asian springboard for America? 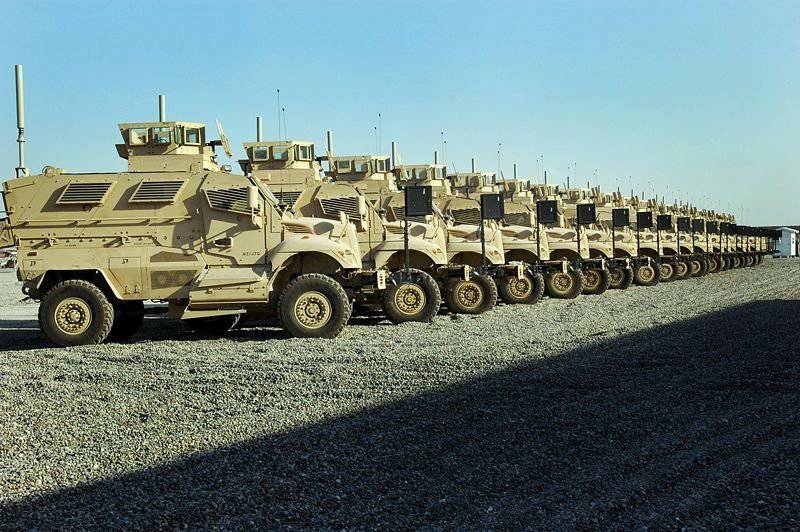 The withdrawal of US troops and other NATO countries from Afghanistan will be carried out through the territories of the states of Central Asia. In particular, Uzbekistan will become a transit point on the way home - a country with a strong Islamist underground. However, despite the threats from the Islamic Movement of Uzbekistan, the White House was quick to make Tashkent its strategic ally. Will Washington fall into another trap? Will he face a second Afghanistan? And in general - why does he need such an ally as Uzbekistan?

At first glance, it would seem that after the withdrawal of the NATO contingent from Afghanistan, the US military power in Central Asia will seriously decline. These expectations are reinforced by the intention of the Kyrgyz authorities to close the military base of Manas, owned by the States. However, the White House at the same time seeks to enlist the support of many governments of the Central Asian republics, including Uzbekistan.

It seems that Americans are leaving unstable Kyrgyzstan. Indeed, Manas was only needed to service the occupying forces in Afghanistan. When the war is over, it does not make sense to maintain a military base located in the danger zone: in Kyrgyzstan, another uprising can start at any time, and then the US military will be isolated or fired. In such circumstances, Washington would like to get a more stable ally, for example, Uzbekistan, where for years there has been a fairly strong regime, not inclined to compromise and able to protect itself from the Islamic and secular opposition.

Flirting with Uzbekistan may be the first step towards opening a new American base in Central Asia. This base will be an analogue of the airfield in Manas if it is closed to the military aviation States. According to the Information and Analytical Center for Public Processes in the former Soviet Union, the United States will try to create several military bases in Uzbekistan at once, with the intention of staying in the republic for as long as possible.

The fact that the USA has excluded this country from the list of dangerous states testifies to the preparation for the introduction of American troops into Uzbekistan. By law, in countries with a high level of danger, United States military personnel should receive an additional fee. It turns out that if a network of US military bases is established in Uzbekistan, the White House will save money on employees' salaries, since Uzbekistan is now officially considered a peaceful and safe country. We will not discuss whether these statements correspond to reality: it is known that the financing of military operations abroad is devastating the American treasury, and any honest and dishonest methods are suitable for reducing expenses.

Excluding Uzbekistan from the list of dangerous countries has another goal: to cuddle up with Tashkent. Of course, having approved the policy of the leadership of the republic, it is impossible to achieve the mutual position of its ruling elite. However, the United States will not be limited to small compliments: the recognition of Uzbekistan as a stable and secure state is only one of many steps to bring countries closer together.

The gap between Washington and Tashkent occurred in 2005, when riots broke out in Andijan. Then the US condemned the actions of the Uzbek authorities, who used weapon to suppress the Islamists. According to the West, Tashkent was too indiscriminate in the use of force, and civilians were injured along with militants. In turn, Uzbekistan considered such statements interference in internal affairs, and laid siege to Western diplomats. Over the next few years, relations between the United States and Uzbekistan remained, to put it mildly, cold: Islam Karimov was placed on a par with Middle Eastern rulers unpleasant to the West, and Uzbekistan was nearly equated with Syria, Iran and North Korea.

Islam Karimov himself and the ruling elite of Uzbekistan declare that their country adheres to neutrality. And in fact: after 2005, Tashkent did not rush into the arms of Moscow, but remained in splendid isolation. After leaving the CSTO, Uzbekistan implements a very complex multi-vector foreign policy, diversifying risks and trying not to become too attached to its partners. According to political analyst Alexei Vlasov, despite Washington’s latest attempts to bribe Tashkent with courtesy, Uzbekistan has not yet made its choice, and willingly cooperates with both the United States and Russia.

However, the United States just started their flirting. Now America is preparing the ground for settling in Uzbekistan. Thus, from abroad in the country comes humanitarian aid, non-governmental funds are engaged in financing Uzbek political organizations. As is known, such activity is a sure sign that the States are interested in something: free cheese is only in a mousetrap, and you have to pay for investments.

But what is the interest of the United States? The answer is obvious: after the withdrawal of troops from Afghanistan and the closure of the military base in Kyrgyzstan, the United States would like to leave its military bases in Central Asia. Of all the Central Asian republics, only Uzbekistan is more or less suited to the role of a military ally of the States. Tajikistan is weak and constantly on the brink of civil war, Kyrgyzstan is heading for the abyss, Kazakhstan is an ally of Russia, and Turkmenistan has unequivocally declared that it is neutral and will not tolerate anybody’s bases on its territory - neither Russian nor American. Only Uzbekistan remains, although things are bad there: not only is the country on the verge of war with Kyrgyzstan and Tajikistan due to problems in the Fergana Valley, so can the militants of the IMU still descend from Afghanistan. The Islamic Movement of Uzbekistan took an active part in the Afghan war, and has a rich combat experience.

However, Islam Karimov managed to build a fairly reliable vertical of power that could withstand internal challenges. And Tashkent hopes to defend itself against the war with Kyrgyzstan and Tajikistan with the participation of the Americans. Yes, yes, Islam Karimov, in anticipation of a big war in the Fergana Valley, is not averse to enlist the support of the States. True, if he allows the American military into the territory of Uzbekistan, he will become dependent on Washington. Apparently, Islam Karimov is now facing a choice: to become a vassal of the United States, automatically defending himself against neighbors, or leaving Uzbekistan independent, but unable to resist the IMU, Tajikistan and Kyrgyzstan.

In the current situation, Russia can resist America in only one way: to offer Uzbekistan more advantageous conditions for military cooperation. However, what we will do with the military base located somewhere in the Uzbek sands is unknown. Uzbekistan’s neighbors may become embittered at us, because they will believe that this base is directed against them.

But where it would be more reasonable to conclude several contracts with Uzbekistan in the field of military cooperation, relating, for example, to equipping the army with modern types of weapons. New economic agreements will also help. It is important that Islam Karimov feel protected and know that if the war breaks out in the Fergana Valley, Uzbekistan will find itself in an advantageous position. That is why Moscow must guarantee Tashkent that it will not oppose it and will not support its opponents, and will also do everything possible to preserve the status quo. Then Islam Karimov will not need to seek support somewhere abroad, inviting to his country the military from the United States or other countries hostile to us.

Ctrl Enter
Noticed oshЫbku Highlight text and press. Ctrl + Enter
We are
The southern frontier is under threat. Will Central Asia protect itself?Why Uzbeks and Tajiks do not take the world
Military Reviewin Yandex News
Military Reviewin Google News
92 comments
Information
Dear reader, to leave comments on the publication, you must sign in.