February 4 2014
81
The construction and supply to the troops of the Pantsir-S1 anti-aircraft missile-cannon complex (ZRPK) continues. To date, the armed forces have received dozens of such systems, in addition, a number of new air defense systems will be delivered in the near future. At the same time, the Tula Instrument Design Bureau (KBP), which created the Pantsir-C1 air defense system, is working on a project to upgrade the complex. Not so long ago, several Newsconcerning the new project "Shell-SM". It is this system in the future that should complement the existing systems in the troops, and in the future, possibly, replace them. 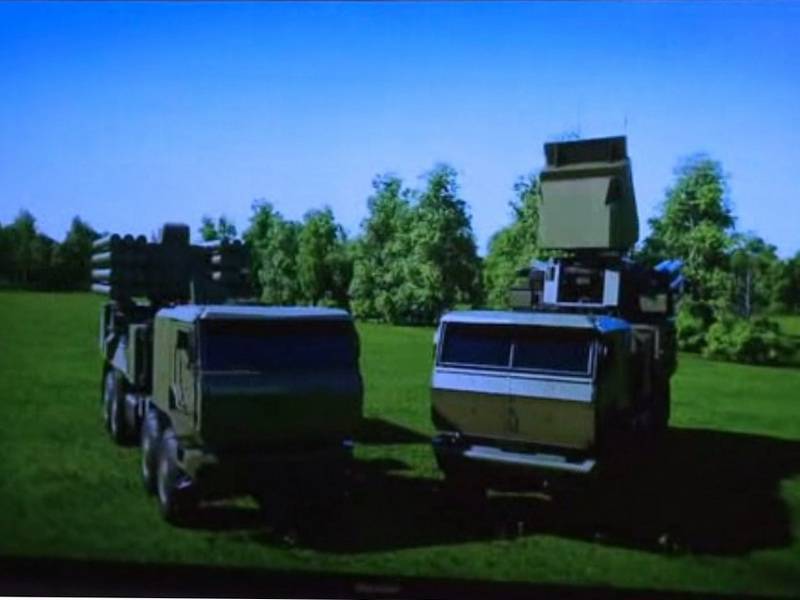 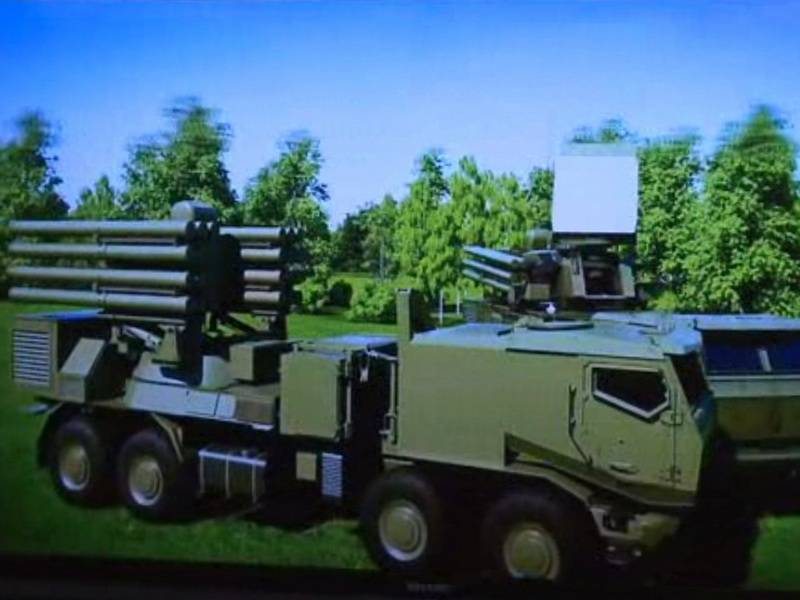 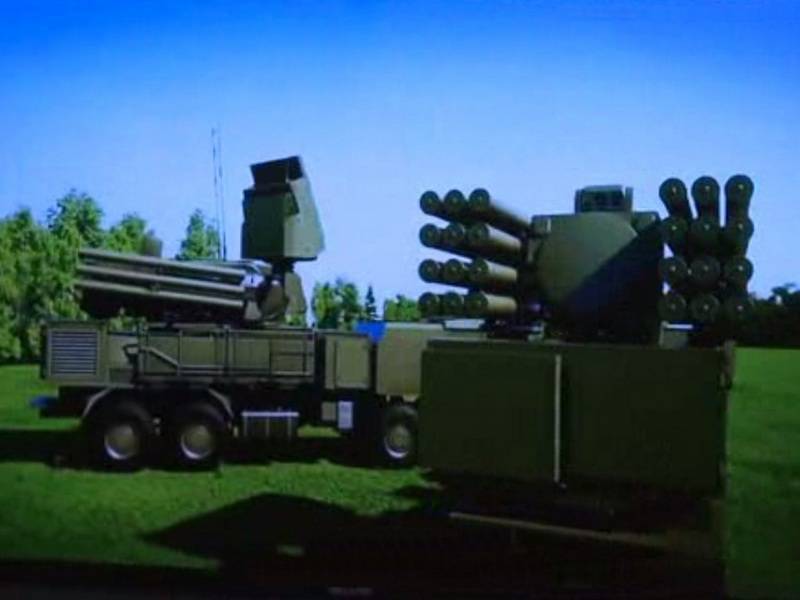 In late January, it became known about the imminent "premiere" of a new anti-aircraft missile and cannon complex. Unfortunately, the exact date of the demonstration of the Pantsir-SM system, as well as its characteristics, has not yet been named. All information on this subject is limited to only the most general formulations: the complex will be presented in the near future, and in terms of its characteristics it is superior to the existing Armor-C 1.

On January 20, Russian President V. Putin, accompanied by the leadership of the Ministry of Defense, visited the KBP and the Shcheglovsky Val plant, where construction of the Pantsir-S1 ZRPK is underway. The delegations demonstrated various developments in the field of armaments and military equipment in the form of both finished samples and promotional materials. Of greatest interest is the animated video, which demonstrated a certain anti-aircraft complex. A number of features shown in the video of technology suggests that the promising system "Pantsir-SM" was so demonstrated to the president and the leadership of the Ministry of Defense.

The video shows two combat vehicles built on the base of the Typhoon chassis created by the KAMAZ plant. On the same chassis are mounted various complexes of equipment, differing from each other in several characteristic features. So, one of the cars carries a combat module, much like the one used in the Pantsir-С1 complex. On the roof of the combat vehicle there is a rotating turret with antennas of radar stations and transport and launch containers of missiles. It is impossible to draw precise conclusions about the use of automatic cannons from a freely available passage of an advertising video - if they are present on a painted car, they are not visible.

In general, the first of the cars shown in the video, much like the current ZRPK "Pantsir-С1", however, has several noticeable differences. First of all, it is a radar target detection radar antenna. It differs markedly from the existing modifications used on the complexes, from which it is possible to make some assumptions about changes in the composition of electronic equipment. On the tower, as before, it is proposed to install two blocks of six transport and launch containers with missiles.

The second car, shown in the video, has a different composition of electronic equipment, but it carries a greater number of missiles. It can be seen that it transports and can use 24 missiles in transport-launch containers. Between the two blocks of missiles placed antenna radar target tracking and guidance. There is a block in place of the target detection radar, apparently equipped with optical or thermal imaging surveillance systems. A greater number of missiles and a reduced composition of radio-electronic equipment can be considered as evidence that the Pantsir-SM anti-aircraft complex instead of a transport-charging vehicle or with it will include a starting-charging vehicle. This technique has already been used in some air defense systems of the last decades and has proven itself well.

If the assumption of the presence of a starting-charging vehicle in the complex turns out to be correct, then the basic method of increasing its combat effectiveness becomes clear. In this case, a combat vehicle with a target detection radar will be able to monitor the situation, produce target detection and target designation of both its own weapon systems and the start-up vehicle. Currently, the Pantsir-C1 combat vehicle can simultaneously fire up to 4 targets. In the upgraded version, this figure may double. At the same time, as follows from the available materials, both machines in the anti-aircraft complex will independently guide the launched missiles.

Previously, there were reports of a deep modernization of the missile complex "Pantsir-C 1", which will significantly improve its performance. As a result of this modernization, the maximum target range can reach 40 kilometers. In addition to the obvious consequences of a tactical nature, this may lead to a change in the class of the complex. At present, the Pantsir-C1 belongs to short-range anti-aircraft systems, and increasing the range of missiles will transfer it to the class of short-range air defense systems.