February 7 2014
108
Few have heard, but in November 1944, the Soviet Union almost went to war against the United States. It was on the territory of Yugoslavia liberated from the fascists, and the famous pilot, Hero of the Soviet Union, and later Marshal A. Koldunov took the most direct part in the events. 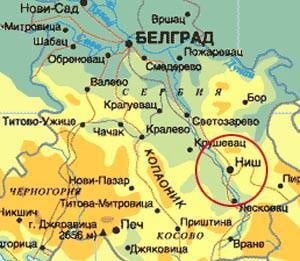 This is a very little-studied episode of the Second World War. In the West, they prefer not to remember about him at all. In the USSR about this history It was possible to read only one source - the memoirs of the military pilot N. A. Shmelev “From Low Altitude”, published in the 1966 year. It follows from the book that in the morning of November 7 1944, at the airfield of the city of Niš (Serbia), Soviet pilots from the 707 th assault air regiment were going to celebrate the famous Soviet revolutionary holiday, when they suddenly began to swoop down on strange aircraft and drop bombs. At first, the intruders were mistaken for German “frames” - this is how we called Fokke-Wulfs FW-1941 from 189. It was strange: firstly, the “frame” was a high-altitude reconnaissance aircraft, not intended for ground attack airfields. Secondly, several dozen (!) “Focke-Wolfs” at once were simply nowhere for the Germans to take.

However, the proceedings decided to postpone until later. An emergency link from the neighboring 866 th Fighter Aviation Regiment was flown into the air. In the first attack they managed to “fill up” two strangers. Gradually, the entire regiment took off, and a real “dog fight” began in the air - a maneuverable battle at low altitudes. Another “frame” was shot down, and our Yak-3 was killed. But soon the Soviet pilots noticed with amazement that on the wings and fuselages of the enemy aircraft were drawn not black German crosses, but white stars of the USAF! Someone even remembered the designation of the American "frame" - the heavy fighter P-38 "Lightning". On the same machine, only in the version of the photo reconnaissance, Saint Exupery, who was known to everyone, flew and died.

The best ass-regiment, Hero of the Soviet Union, Captain Alexander Koldunov (46 air victories towards the end of the war) also participated in this battle. The one who in 1987 in the midst of perestroika will be removed from the post of commander-in-chief of the air defense forces for the scandalous landing of M. Rust on Red Square.

It was he who, risking his life, flew up to the leading American to demonstrate the red stars on his plane. Be that as it may, the Americans have gone home. But not for long. Literally half an hour later, another group of American planes attacked a convoy of Soviet troops that was passing through Niš along the highway. They also managed to drive away, but they managed to do things. As a result of the raid, the commander of the rifle corps, General Stepanov, died. His last words were: "Damned imperialists!"

“The American command,” the author of the memoirs writes, “of course, apologized to ours for this“ incident ”. But what's the use of these false words? They do not return our dear comrades who died during the treacherous raid of the "allies." 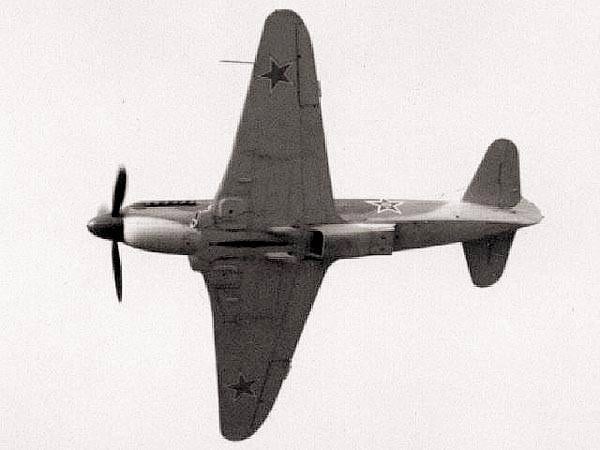 In general, the tonality of the book by N. Shmelev left no doubt that it was seriously edited in the Main Political Directorate of the SA and Navy. Thoughts could even appear: didn’t they write this episode during the years of the Cold War? But suddenly the confirmation came from a completely different side - from the former Yugoslavia.

As you know, the Soviet troops helped the National Liberation Army of Yugoslavia expel the Nazi invaders from the country. Under the agreement that 16 of October 1944 was signed by the Yugoslav Marshal Tito and the Soviet Marshal Tolbukhin, parts of our 17 Air Army received the right to use any local aerodromes. For this, the Soviet Air Force had to train Yugoslav pilots and mechanics in the operation of Yak-3 fighters and Il-2 attack aircraft. One of these groups was based at the airfield of the city of Niš.

Veterans of the Yugoslav division shared their memories of the incident in the Belgrade newspaper Politika from November 9 1988 - just on the 44 anniversary of those events. 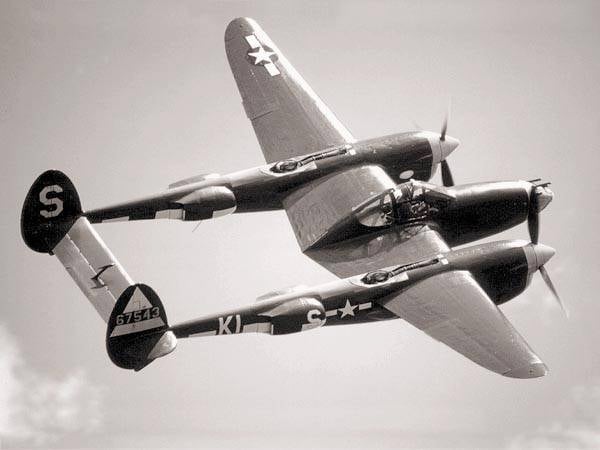 According to them, on November 7 1944, a group of B-6 American Mitchell bomber B-25 bomber, accompanied by Lightning fighters, suddenly appeared above the 30 th Guards Rifle Corps of the Red Army north of the city of Nis. Total aircraft were pieces of 31. The Americans very accurately bombed the head of the column: the corps commander died, the 37 soldier and officer, another 9 man was injured. A group of X-Numx Yak-3 fighters took off from the airfield, one of which was immediately shot down. In the air, a fierce battle ensued. The partisan political commissar, who was assigned to the Niski aerodrome, brought to the attention of the personnel that only 7 of American and 3 of Soviet aircraft were shot down. At the same time, Americans lost 14 pilots.

If you believe the data of the unknown Yugoslav Commissioner, it turns out that the Americans lost 5 single "Lightning" and 2 bomber "Mitchell" with a crew of 5 people. Most likely, these were airplanes from the 15 Air Force of the United States Air Force, which were based in Italy in 1944. According to the latest information, only Lightning fighters participated in that battle from the American side and the number of shot downs among them was no more than three.

By mutual consent of the parties, the short "Soviet-American war" was forgotten. If it happened closer to the spring of 1945, when the crack between the allies in the anti-Hitler coalition was much wider, things could turn differently ... But for one of the heroes of the events described, Alexander Koldunov, this meeting with the American pilots was not the last. In 1948, he received the second Hero Star just for the downed Americans, when the Cold War had already begun. But that's another story ...

From the Editor "Courage". Here is the current information about those events: "November 7 1944, in the area of ​​the city of Nis in Yugoslavia, two groups (a total of 27 aircraft) of American Lightning aircraft attacked by convoy the Soviet troops by mistake, and 12 Soviet soldiers and officers were killed, including the commander of the 6 Guards Rifle Corps Guard Major General G.P. Kotov. To repel a raid, 9 fighters, led by captain A. Koldunov, were raised. Risking life, Koldunov approached American aircraft, showing them red stars on the fuselage, but was fired upon, and two Soviet aircraft were shot down. 3 (according to Soviet data) or 2 (according to American data) of the US aircraft were shot down with response fire, including one of the Koldunov himself. In the end, managed to achieve a cessation of the battle - Koldunov almost "put" his plane in front of the leading group of Americans. After the incident, there was a big diplomatic scandal. The Americans recognized the “mistake” and apologized, but the American command downed American planes on the countdown. ”

Based on materials: Sergey Osipov, newspaper "Arguments and Facts" №45, 2004,

Ctrl Enter
Noticed oshЫbku Highlight text and press. Ctrl + Enter
We are
Diplomats of the People's Commissariat of Defense: on the eve and during the warSoviet aces on Lend-Lease fighters. Part Z. "Cobra"
Military Reviewin Yandex News
Military Reviewin Google News
108 comments
Information
Dear reader, to leave comments on the publication, you must sign in.