Armata: a chance to fix a long-term mistake 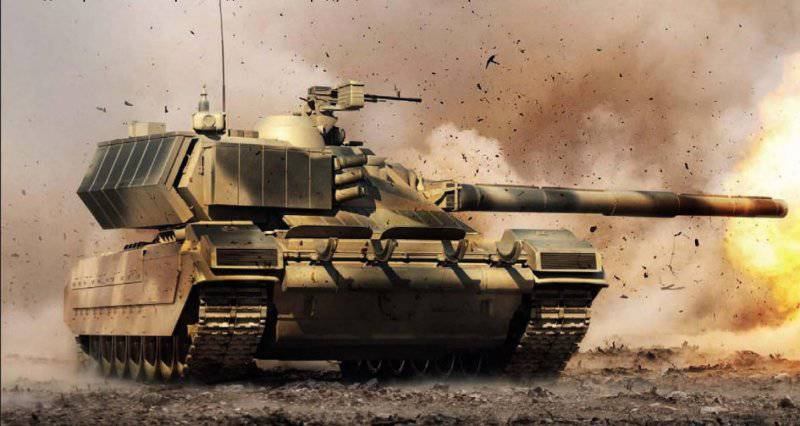 As far as one can judge from the numerous responses received by the author, an article on the problem of unitary shot to tank Armata (NVO, 2013, No. 43) attracted attention. On the Internet, all defense blogs reprinted it. The opinions expressed are very different, but the main conclusion remains: the problem deserves serious discussion.


We repeat once again: the transition of domestic tanks in the 1962 year to the shot of separate loading was an error. Nobody in the world has gone this way. All but us saved unitary shots.

It is appropriate to recall here that at about the same time in another form of the armed forces - the Russian navy - the exact opposite event occurred. The sailors clearly understood that there was no room for a separate shot during automatic loading, and transferred their 130-mm AK-130 shipboard installation to the A3-UZS-44 unitary cartridge. He became the heaviest and longest unitary patron of Russia. The mass of the shot (cartridge) is 52,8 kg, the length of the shot is 1364 mm, the mass of the projectile is 33,4 kg, the mass of pyroxylin gunpowder 15/7 PS is 10,5 kg, but it did not create any problems when working with it.

The 1962 decision on split loading and the type of automatic loader was based on two unproven assumptions:

- tank shot can be divided into two equal parts along the length (projectile - propellant charge);

Any engineer had to intuitively feel the danger of the irreversibility of technical solutions arising from these assumptions. In the future, huge complications caused the restriction of the projectile in length. This began to be felt almost immediately, primarily in the development of new armor-piercing feathered sub-caliber shells (BOPS). The first 125-mm BOPS 3BM12, 3BM15, 3BM17 had a length of 550 – 570 mm and freely fit into the floor carousel automatic loader.

An even heavier blow is the length limitation inflicted on tank-launched missile guided missiles (TUR). The role of these missiles in the tank ammunition is increasing rapidly. In addition to the main task - the defeat of the tank in the line of sight - they are assigned the task of destroying enemy tanks on the approach to the battlefield at distances up to 8 km and the task of combating anti-tank helicopters. In the latter case, the TUR should be equipped with a fragmentation or fragmentation-beam warhead.

ROUND must be near-sonic or supersonic with a length of at least 8 caliber (for a standard Russian caliber 125 mm, the length of the rocket must be at least 1000 mm). Instead of quickly translate with the caliber 115 mm 125UBK3-10 «Sheksna» caliber 2 mm wonderful unitary shot for the T-62 with 9M117 missile having excellent characteristics: firing range 100-4000 m, average speed - 370 m / s, flight time to the maximum range - 13 seconds, rocket mass - 17,6 kg, rocket length - 1048 mm, - the developers began to make desperate attempts to fit into the short slot of the unfortunate carousel. Attempts have evolved in two directions:

- the creation of a short (“paradoxical” in the terminology of A. Arkhangelsky) rocket in the dimensions of the standard high-explosive fragmentation projectile 3ОF26 with an extension of 5,5. Such a rocket 9М119 for the Svir and Reflex complexes was developed by the Tula KBP in 1986 year. The rocket turned subsonic with great flight time to the target. At the same time, the powder charge occupied only 1 / 3 of the volume of the throwing part, the rest of the volume remained empty. On the use of missiles to destroy maneuvering helicopters, the question was not raised at all;

A common drawback of missiles of this type is considered to be insufficient reliability due to the unpredictable behavior of the junction of parts at high overloads when fired.

A return to the unitary patron will require a transition to a new type of automatic loader. This new species can be considered already universally recognized. It is located in the aft niche of the tower (shoulder strap) and contains a closed belt conveyor with a direction of movement perpendicular to the axis of the tower. Currently, all foreign tanks with automatic loaders are equipped with automatic weapons of this type (Leclerc (France), Type 90 (Japan), K2 Black Panther (South Korea), Yatagan (Ukraine)). This machine was used in an experienced domestic tank "Black Eagle".

One of the obvious advantages of this design of the machine is the possibility of easy adjustment to its unitary shots of a larger caliber (140 mm and 152 / 155 mm). It also points to a strong simplification of the procedure for loading the automatic rifle with a new ammunition load, including with the use of an automatic loader on the ammunition carrier.

It is already quite obvious that the role of TUR will continuously increase. This is due to the main military concept of the United States and NATO, based on the desire to avoid contact battle (“winning the battle before the battle”). According to some estimates, the share of TOUR in tank ammunition reaches 30 – 40%. New designs of unitary shots with TUR are being continuously developed using cumulative combat units, including tandem and hypersonic rockets with armor-piercing rods. Examples include the Lahat TOUR (Israel) and МRМ-М-КЕ (Mid Range Minition Kinetik Energy, USA). The data of both TUR are presented in the table.

The final decision on the appearance of the TUR for the Armat tank and the automatic loader for it will depend on the solution of two key issues:

- will the tank keep the classical scheme with a habitable tower or will it receive an uninhabited tower?

To date, the last scheme is implemented in tanks. In the automatic loader is only half the ammunition.

One must be aware that returning to a unitary cartridge with a bottle sleeve will require complex and expensive developments:

- full processing of the breech of the gun;

- development of a long, partially burning cartridge having sufficient strength. This may require the use of nanomaterials in the sleeve, such as carbon fibers;

- design development of the liner, ensuring reliable fixation of a heavy rocket in it. The solution to this problem is proposed in the application of MSTU for the Subori unitary cartridge with ROUND;

- development of the rocket body design, ensuring its durability during compression of the powder gases in the process of firing.

Difficulties are expected great. But to overcome them will have to go. Split loading is incompatible with current trends in the development of tank ammunition. Saving it will make the tank "Armata" hopeless. Returning to the unitary patron is the only way to ensure the survival of "Armata" in competition with Western tanks.

In conclusion, we pay tribute to emotions. An error has been made. 50 years went the wrong way and it looks like we will go further. AT stories domestic weapons difficult to pick up a similar episode. It is impossible to get rid of the sad impression that the professional level of specialists has fallen. The infallible flair of engineering, which has always distinguished the Russian school of technology, has disappeared.

Or there was another: they saw the mistake, but they were silent. Then we must remember the well-known definition: the engineer acts and creates in the five-dimensional space - three spatial coordinates, time and conscience. It seems that in the case of separate loading of tanks, the dimension of space has decreased.

Ctrl Enter
Noticed oshЫbku Highlight text and press. Ctrl + Enter
We are
Armata should return to the unitary shellWhat you didn't want to know about England
Military Reviewin Yandex News
Military Reviewin Google News
121 comment
Information
Dear reader, to leave comments on the publication, you must sign in.