Ukraine needs not “federalization”, but reunification with Russia 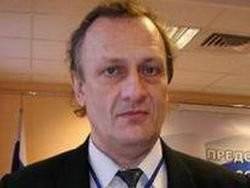 
Exploring the reasons, motivation and driving force of the current “Euromaidan” in Kiev and beyond, it is customary to remember in vain the complex national structure of Ukraine. This is not a “melting pot” of self-determination, which would give out a certain “standard citizen”. In fact, we are talking about at least two states within one common state border.

The existing alignment does not fit into the state-owned model in Ukraine — unitary, with regional division. According to the deputy of the Verkhovna Rada of Ukraine, Vadim Kolesnichenko, who is quoted by the business newspaper Vzglyad, this situation was relevant in the face of the threat of the Cold War, but now it is the federation that can save the country from collapse.

“Let's live in peace. We do not climb to you, you do not climb to us. We live in one country, common borders, common territory .... People see that the authorities are not ready to answer for what is happening in the country, and they themselves are ready, first with sticks and then with weapons, defend your point of view. We need to think with our own head and understand that we are on the verge of a civil war, on the verge of splitting the country, ”said the“ special ”favorite of official Moscow.

He supported the deputy in the idea of ​​actual administrative decentralization and his colleague Oleg Tsarev. “When in the west they put monuments to Bandera with money earned in the east, it is unfair. We have different churches, different heroes, different attitudes towards stories, ”He wrote on his Facebook page.

An interesting picture is generally formed: the goal of Kolesnichenko, Tsarev and Doni is the same, but the ways of its realization are mutually exclusive. Let it be wild, but so in Ukrainian!

It is more interesting here, however, not even so much in itself, a proposal worthy of a broad discussion, but rather the Olympic calmness demonstrated by pro-government deputies. As if already there is no Maidan, as if already there are no “Molotov cocktails”. And if there is nothing like this “no”, one can also dream, distract, forget. After all, there are deep doubts that the likely federalization of Ukraine today is a guarantee of civil peace. But the reason for the discussion is great. Well, light up on the central TV channels, again ...

In a conversation with a KM.RU columnist, the well-known public figure, chairman of the Dnipropetrovsk Russian community, Viktor Trukhov, called the idea of ​​the federalization of Ukraine, called it a provocation:

- Just at this moment the question of the federation should not be raised at all. A federation is actually a prologue to the destruction of any state, like, for example, the Russian Federation is a prologue to the destruction of Russia. Ukraine is the heart of Russia, and splitting it in a federal format means actually losing another territory, which in the future will be very difficult to reunite.

Public statements Kolesnichenko, as a rule, are always stupid. Even speaking on television, he is not able as a deputy to create an attractive image so that his words have at least the appearance of weight. And the “attractiveness” of his train of thought is a separate story altogether. I say it quite responsibly, I can say it in his face, I know him well. And his current statement is pure provocation.

First, who will let him reformat the polity? This is just a PR statement. And the West in Ukraine needs a civil war, and no federal state.

There is such an interesting game: the West "regrets", gives advice, expresses a position, but in fact everything goes to a large-scale fratricidal war. When in Dnepropetrovsk, “guests” from Maidan tried to seize the regional administration and killed a policeman, they did not say a word to the media. I myself only learned about this directly from the colleagues of the murdered man.

Bandera and now there are hanging around the regional council. I personally observed how they relate to people: even their companions are sometimes beaten. So what kind of "federation" can there be a speech, when people, watching all these scenes, already sometimes doubt - do they not join them in these militants who at least try to impose some order on themselves, unlike toothless power?

The country was once artificially dismembered thanks to communist propaganda. After all, everyone in Ukraine, up to 1917, considered themselves Russians, including those in the West. Later, the so-called internationalist treatment was carried out: the Bolsheviks took up the formation of national cadres.

At the direction of Lenin, who, in turn, was guided by the instructions of the Entente, national enclaves were formed, and after that the process of processing people's self-awareness by firing up conflicts was launched. And they are still alive in the people's memory, more than one generation has to pass in order for the memory of the mass slaughter provoked by the Bolsheviks in Western Ukraine to go to the earth together with the old people who remember it.

By the way, it is characteristic that Bandera, with all its “separatism”, consider themselves to come from Kievan Rus, but for some reason, Ukrainians. Full semantic eclecticism, porridge in their heads! Here, overcoming the historical ignorance of young people should be addressed to Messrs Kolesnichenko, Tsarev, and others like them. And they are engaged only in posturing in public and allow themselves irresponsible statements about the need for a federation, without thinking what it may lead to.

And all this will lead to the fact that the split of Ukraine will not be a figure of speech, but a fact. But how then to be with the blood spilled by the soldiers of the tsarist and Soviet armies? ..

Ctrl Enter
Noticed oshЫbku Highlight text and press. Ctrl + Enter
We are
Technique "melting pot": how to make "them" "us"Igor Shishkin: Algorithm for the reunification of the Russian nation: reunification as a response to the challenge of disintegration
Military Reviewin Yandex News
Military Reviewin Google News
122 comments
Information
Dear reader, to leave comments on the publication, you must sign in.