Leonid Ivashov: “Klitschko and Yatsenyuk will play their role and leave” 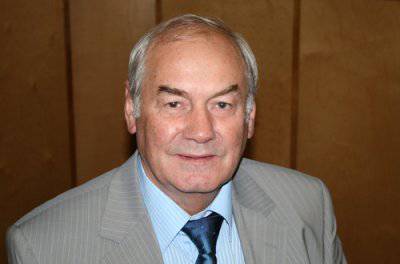 The chaos in Ukraine seems to have become frightened in Europe. From there, as well as from the United States, the militants from the Maidan were threatened with sanctions. And they create a national guard and calls for "protest peacefully" are deaf. The comment of our Company was given by the President of the Academy of Geopolitical Problems Leonid Ivashov.

“Peaceful protest was manifested no more than two days on the Maidan. And then moved to the power option. And in fact, it was a plan to seize power. The oppositionists were first united by a common desire to overthrow the current government, to create an atmosphere of chaos, to carry out a coup d'état. And then - to turn Ukraine towards the European Union. But when the power was already shaken, then various opposition groups began to appear among the oppositionists.

And today, as a matter of fact, this crowd on the Maidan no longer obeys either Klitschko or Yatsenyuk. And they went to the first positions of the Tyagnibok, which has an extensive system of militants, gangster structures, and Dmitry Yarush. Yarush announced the creation of a national guard. And in general, he took responsibility for the revolution on himself. Of course, it scared everyone today. Because such a nationalism is harsh both in the case of Yarush, and in general among the “zapadents” such an approach is against everyone. Against the "Muscovites", against the "Jews", against the Communists, and even against the Orthodox. It is clear that today this already translates the situation in Ukraine into a new phase. The phase is radical, the gangster phase.

How will this national guard be formed? The backbone is already there. He trained in camps, trained in political centers, he was funded in the West. But this option, when they oppose everyone, does not suit Europe either, at least.

Americans understand that the European Union is a tough competitor to America, especially in the financial and economic sphere. And they, of course, would like to see such Ukraine, destroyed, with fascist views, with anti-Semitism, and so on, slipped into Europe. As they slipped the terrorists, in fact. And Europe today toilsya with them. And the Americans stand aside. Naturally, Europe does not want such a Ukraine. He does not want to see her at his side.

Today, it seems to me, there is not enough Tymoshenko on Maidan. She is a tough woman. She has a higher authority than Klitschko and Yatsenyuk. And behind it stands a big business, its business. And so she could power usurp through democratic pictures. But she could clean up the mess. Neither Klitschko nor Yatsenyuk will establish order in Ukraine. They will play their role, collapse Ukraine or destabilize it, and then go into the shadows. Because for Klitschko and Yatsenyuk there are various groups in the same West. And they are in a warring state with each other. Yes, they will play some role, which is spelled out in the script. But no more than that.

Today, everyone is praising both on the Maidan and in government circles with the Declaration of Independence of Ukraine 1991. When the Ukrainian people came out for independence - and emphasize: this is independence, first of all, from Russia. But they forget that this declaration stated: Ukraine becomes a sovereign, independent state for the subsequent conclusion of a union treaty. And this will of the people - the fact that the people voted for the independence of Ukraine for the signing of a union treaty, for the new union instead of the USSR - is somehow forgotten. And the Constitutional Court for some reason does not pay attention to this. Therefore, everything that is happening today is being done against the will of the people, expressed in the referendum of the 1991 year ”.