The word "victim of Stalinist repression" 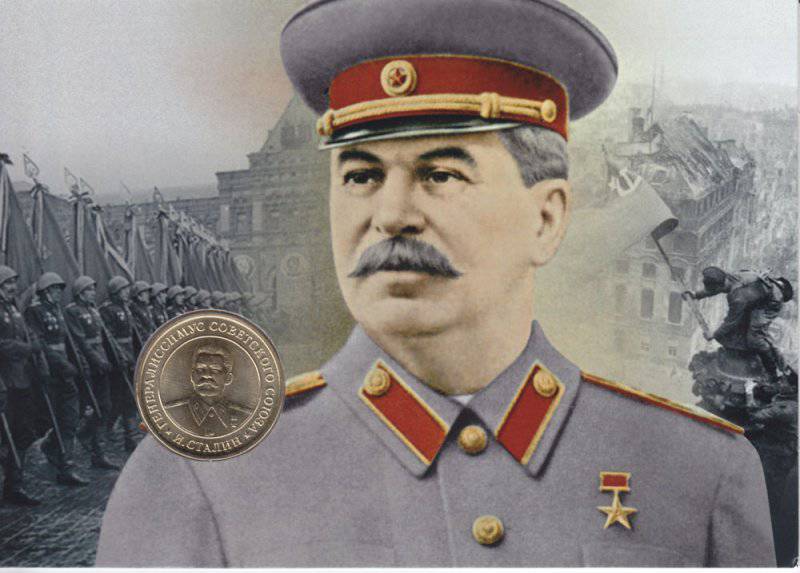 5 March 1953 - exactly 60 years ago - Joseph Vissarionovich Stalin died. There was so much "garbage" on his grave that it was time for the "wind stories»Begin your cleansing functions. Probably, a person who has raised an almost unaffordable country “with a plow” to the level of a great world power with “nuclear weapons»And saved the world from fascism, deserves that people know him and from the positive side.

And it’s good if they get this knowledge from the lips of the “victim of Stalinist repression” who now lives in Novosibirsk. This is Vera Vasilyevna Sheludchenko.

She tells about her father that under pain of death he was forced to serve in the army of Kolchak. During the retreat, he, wounded, hit Harbin. After healing, he returned home in 1923 year as a supporter of Soviet power, which helped him build a solid three-room house. Where did he move with a big family, who lived before the revolution in a one-room earthen hut.

Ten years have passed. And it was necessary for this to happen, he publicly scolded the former chairman of the collective farm for the fact that he had slandered innocent people who almost had not paid their lives. Actually for nothing. In retaliation, the chairman fabricated a denunciation according to which Vera Vasilyevna’s father was arrested and then shot.

- How many good people died because of such bastards, and now they all hang on Stalin alone! - she is still indignant.

Unexpectedly for me, Vera Vasilievna asked a very deep question: why do they constantly “shake” the 1937 year? What, in the first twenty years of Soviet power, no one “repressed” anyone?

I think that the answer to this question is not only of her interest. The fact is that until the middle of the 30s of the last century, the most massive repressions came from the ardent haters of the Russian people, who at that time occupied almost all the key posts in punitive organs. And how the “Trotskyists” hated the Russian population, one can learn from the statements of the “ardent Bolshevik” of Trotsky-Bronstein: “We will show what real power is. By terror, bloody baths, we will bring them to the animal state ... For now our young men in leather jackets are the sons of watchmakers from Odessa and Orsha, Gomel and Vinnitsa - oh, how wonderful, how delightfully they know how to hate! With what pleasure they physically destroy the Russian intelligentsia — officers, engineers, teachers, priests, generals, agronomists, academics, writers! ”

That these are not empty words, Trotsky and his accomplices have argued at every opportunity. Here is just one of them. In 1920, Wrangel's army left the Crimea. However, many tens of thousands of "white" soldiers and officers remained in their native land. Moreover, Frunze promised them life and freedom. But Trotsky, having spat on the promise of Frunze, who was trying to avoid senseless victims, “advised” his comrade Zemlyachka (Rosalia Zalkind), who was then the Crimean government, to destroy every single one. Otherwise, his legs in the Crimea will not be!

Countrywoman, knowing the nature of his boss, tried with might and main. “It’s a pity to waste cartridges on them - to drown them in the sea,” she ordered. And thousands of people were alive thrown into the sea, tying heavy stones to their feet.

And then an uncomfortable question arises for Stalin's detractors: how can one explain their fishy silence when it comes to the chilling soulless atrocities of the “Trotskyists” that took place before the notorious 1937 year.

The answer lies on the surface. After all, until 1937, they were mostly repressed. And after the year 1937, as a rule, they have already been repressed THEM.

Did Stalin know about the atrocities that the “Trotskyists” were doing, who firmly put the “Bolsheviks” on themselves? And if he knew, why did not he stop these outrages?

It seems that much he could not know. But after, in 1924, contrary to Stalin’s wishes, the ETUC (Jewish Communist Party) implicated in Zionism, at the insistence of the all-powerful Trotsky then joined the CPSU (b), Stalin’s position became so precarious that there was nothing to openly fight against the destroyers of the country was and think. But time worked for him. And therefore, closer to 1937, the time came when the “Trotskyists” were fully responsible for their atrocities.

Yes, Stalin carried out reprisals. But these measures were directed against those who not only deliberately destroyed the Russian people, but also undermined the country's potential in the face of increasing military threat. And the pharisaic bourgeois propaganda did a good job of people seeing Stalin’s defeat in the “white and fluffy” “5 column” in the 1937 year as a perennial tragedy of the whole people under the yoke of “Stalinist repression”.

We must assume that in those harsh years, people knew about the true culprits of unreasonable "repression" much more than now.

Although Vera Vasilyevna has no higher education, she understands with her peasant mind that if the USSR was destroyed with the help of “anti-Stalinism”, then we simply will not be able to revive the country without the spirit of “Stalinism”. “And honest people have nothing to fear from him,” she says.

Stalinism is, first of all, “think about the Homeland before, and then about yourself.” And from this follows a mobilization project, the eradication of corruption that is disastrous for the country, contempt for acquisitiveness, the education of all-conquering patriotism, and so on. This alone does not suit applicants for world domination. But they consider Stalin to be their main enemy because in the 30s of the last century he tore out the bloody Russia from their sticky clutches and turned it into the most powerful country in the world. Which for many years has become an insurmountable obstacle to the creation of a world fascist concentration camp, which is being built right before our eyes.

As for Vera Vasilyevna Sheludchenko, she firmly believes that until the people know the truth about Stalin, Russia will be ruined to the end. She not only understands this, but also fights for the triumph of the truth about Stalin. And though she is not a poetess, a poem is taken as a soul for her soul. And it begins like this: “Return Stalin to the people!” ...

Author:
Valentin Zadiraka, winner of the Union of Journalists of Russia 2012 of the Year award, Novosibirsk
Originator:
http://newsland.com/news/detail/id/1136986/