Increasing the number of Chinese in Kyrgyzstan has become a national problem? 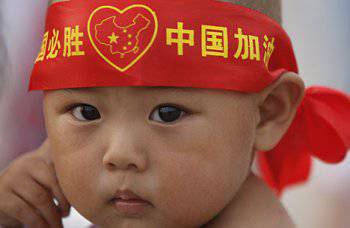 
In short, over the course of 20 years, tens of thousands of Chinese have been involved in all branches of our country, they continue to write their “glorious history". For example, according to the latest data, about 50 Chinese mining companies operate in Kyrgyzstan. No one is going to restrain these figures; there will be even more such enterprises. After 7 on April 2010, the new power came, which opened up a wide road for the arrival of the Chinese. A new system has appeared, our government is asking for help from China for the development of the economy, opening the gates of Kyrgyzstan for the Chinese. But we should not unequivocally consider this issue. Because China, trying on the role of a strategic partner of Kyrgyzstan, will invest 3 billion dollars over the next three years.

This huge amount will be spent on the Datka-Kemin energy project, on the reconstruction of the Bishkek-Torugart highway, on the construction of the Balykchi-Jalal-Abad road and on the main project (2 billion dollars) on the construction of the Kyrgyzstan-Uzbekistan-China railway. If these megaprojects are implemented, there will be a big leap in the economy of Kyrgyzstan, there will be tangible progress. But no one guarantees that, following these 3 billion dollars, 100 thousands of Chinese will not enter Kyrgyzstan. If the dream of the Kyrgyz authorities and the Chinese people come true and a railway is built, then hundreds of thousands of Chinese will move to Kyrgyzstan. This is the main threat. Dear contemporary, ignoring this circumstance is unreasonable!

We need to tell people what people saw with their own eyes. On the highway Bishkek-Torugart was driving a car “Ho”, which got into an accident in Naryn. The car was loaded with goods in boxes, but only from these boxes after the accident, dozens of Chinese began to come out. It is obvious that the Chinese in the boxes loaded in “Ho” decided to take refuge in Kyrgyzstan without having any documents ...

Do such problems need not numerous Kyrgyz people? Of course not. I want to note that the government made a short-sighted decision, wanting to develop the economy of Kyrgyzstan, bringing such a sacrifice.

Will Russia give up leadership in Central Asia to China?

Strengthening China creates problems not only for 5 million, poor and economically underdeveloped Kyrgyzstan, but also for such strong powers as the United States, Russia.

For example, 5-10 years ago, akin to us, Russia enjoyed prestige in Central Asia, and for many years occupied leadership positions in the region. Apparently, in recent times, China has been luring Central Asia to its side. This phenomenon is due to the fact that recently the Chinese economy is experiencing unprecedented growth. For example, if earlier Central Asia mainly exported gas, oil and other valuable resources to Russia, now it has begun to export to China. If earlier Russians owned energy infrastructure and a market, now China has made Russia a competition.

Earlier, we mentioned investments in the amount of 3 billion dollars. The Chinese president promised Kazakhstan investments in the amount of 30 billion dollars, and Uzbekistan - in 15 billion dollars. Obviously, this is proof of China’s economic dominance in Central Asia. It is worth noting that at a recent summit in Bishkek, Chinese President Xi Jinping said: “China will provide free 30 training for thousands of students from SCO countries. A scholarship will be allocated for them. ” This is aimed at spreading Chinese culture, history literature to other countries.

At the beginning of the article we wrote that the number of Chinese in Kyrgyzstan is 90 thousand people. More than half of these 90 thousands work and live legally. But the Kyrgyz government does not want to know that the other half of Chinese work illegally, they do what they like.

Probably, these Chinese have long understood that in Kyrgyzstan laws sometimes work, and sometimes give a “failure”, ignore laws and appear like “mushrooms after the rain”. These Chinese people who appeared “after the rain” easily lead the Kyrgyz by the nose. For the first time they throw money, for the second time they will ignore it or they will get into a fight. Recently, there have been many such events. Let us cite a few examples so as not to be unfounded.

October 22 450 people threatened to destroy the office of the Chinese company Zijin Mining Group, which is located in the village of Orlovka, Chui oblast. Because the employee of the said company killed the horse of the villager. After this event, villagers entered into a confrontation with Chinese workers, evacuated around 250 workers, and the company was suspended indefinitely. After these events, the Chinese side spread a message in the world press: "In Kyrgyzstan, it is not easy to do business, they are beaten, taken away, expelled." But for some reason they forgot about their hooliganism in a strange land, that they killed a horse.

In addition, we recall the clash of Chinese and Kyrgyz citizens in Kochkor. In the spring months of this year, police officers came to the village of Semiz-Bel in Kochkor district to check out 1053 employees of the Chinese company China Road. But the illegally working citizens of China raised their hands on the police. In order to free the detained, illegally working Chinese, 83, a Chinese citizen attacked the Kyrgyz police and the National Security Committee, freed 7 Chinese citizens and allowed them to escape. Law enforcement officers detained 25 Chinese citizens who did not manage to escape. They were sent to the ROVD.

During the winter months, a conflict arose between representatives of the local population and the Chinese workers of TBEA in the Uzgen village of Kurshab. 12 citizens of China, 5 militiamen and several locals got to the hospital. After this conflict, 100 people were questioned. A criminal case was initiated, which was later closed. Because the Chinese consul asked for forgiveness for the tricks of his countrymen.

In the summer months, Chinese workers from the Jalal-Abad mine at Bozumchak not only did not allow law enforcement officers to verify their documents, but also did not allow them to enter the territory while being protected by armed guards. In short, such examples are complete. Summing up, I would like to say that we should not take the money thrown up by the Chinese, so as not to be deceived. I would like to say that we should treat China as neighbors, and not pretend that we cannot live without it! But can we do it? We need to understand that the Chinese are creating problems for the whole world, come to their senses, before it is too late!

Because the Chinese state recently comes from everywhere, is spreading like the sea. But the Kyrgyz government does not strengthen the dam, but stands on the shore of this sea, considering itself a hero.

newspaper "Fabula" №60 from 20.09.13
Ctrl Enter
Noticed oshЫbku Highlight text and press. Ctrl + Enter
We are
Russians of Kyrgyzstan: Is the Exodus Irreversible?What you didn't want to know about England
Military Reviewin Yandex News
Military Reviewin Google News
43 comments
Information
Dear reader, to leave comments on the publication, you must sign in.