“The radiation background in the desert of North Carolina does not exceed the norm and is still deadly for humans. Gangs of mutants - descendants of victims of a nuclear explosion - continue to rage in the slums of Washington and New York. " 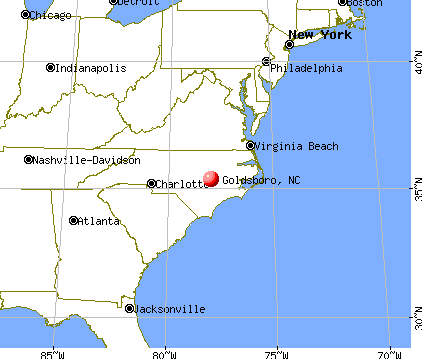 Kind apocalyptic news could well be today's reality, if a nuclear catastrophe occurred, the reality of which the US authorities were silent for half a century. The famous American journalist Eric Schlosser, working on a book on nuclear weapons, was struck by how many times America, and behind it the whole world, was close to a nuclear catastrophe. Schlosser found in the archives evidence of hundreds of serious accidents and incidents related to the US nuclear weapons. And recently declassified documents indicate that in 1961, the United States was on the verge of probably the most real and grandest possible catastrophe.

According to the official stories, on the night of 23 on 24 in January 1961, the commander of the strategic nuclear bomber B-52G Stratofortress of the US Air Force, which performed a regular task of patrolling the East Coast, found a leak from the fuel tank. He was instructed to land at his airfield - the Air Force Base Seymour Johnson near Goldsboro. However, on the “home” road at an altitude of about 3 kilometers, the bomber entered its peak and began to collapse. Two crew members could not get out of the falling plane and died with him, another pilot crashed while landing with a parachute, five survived.

In addition, it was known that when the B-52 was destroyed, two Mark 39 hydrogen bombs dropped out of an airplane. One of them fell in a deserted marshland and went deep into the ground, the second descended by parachute. Both devices were safely neutralized, no one was hurt. 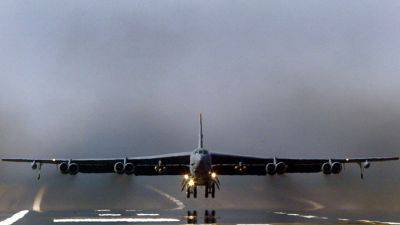 This is all information about the incident, which was known until Schlosser was discovered by a recently declassified report written 8 years after what had happened Parker Jones, senior engineer at Sandia National Laboratories, was in charge of nuclear weapons safety in those years.

It turns out that the bombs aboard the aircraft, each carrying a payload in 4 Megatons, behaved quite differently in the crash process. The first one really fell into the marsh, while the second one, in the process of descending, began to enter combat mode, preparing for the destruction of the “enemy target”.

After the parachute was opened at the hydrogen bomb, which is 260 times more powerful than the “Kid” dropped on Hiroshima, the nuclear explosion mechanism was activated. Mark 39 fell to demolish North Carolina and cover Washington, Baltimore, Philadelphia, New York and further to the northeast with a radioactive cloud. Destroy millions of Americans and for decades to turn into an uninhabitable desert most of the US East Coast.

The nuclear disaster, hundreds of times greater than Hiroshima and Nagasaki together, was avoided only by lucky chance. According to the investigation, of the four security mechanisms that prevent unwanted detonation and spontaneous bomb explosions, three have failed. Only the last safety device worked - it was he who turned off the power supply of the warhead, which saved America from an inevitable catastrophe.

Characteristically, despite this report, the US government has repeatedly publicly denied that its nuclear arsenal has ever threatened the lives of Americans. The United States authorities acknowledged that an incident involving hydrogen bombs occurred in the skies over North Carolina, but they never released information about how dangerous the situation was.

“The US government invariably hides information from the American people in order not to answer questions regarding our nuclear policy,” Schlosser said. - We continue to talk about one hundred percent guarantee that this weapon will ever accidentally work. But here's the real case when it almost happened. " 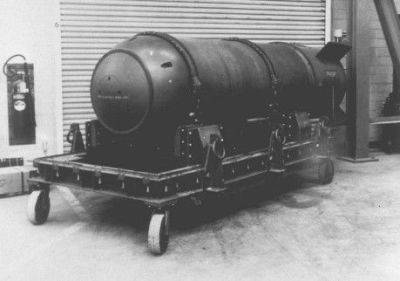 If this bomb had exploded ... It is not known how the American nuclear deterrence services would react in this situation. Three days before the incident, John Kennedy delivered his inaugural address as president of the United States. The cold war between the USSR and the USA was approaching its peak, remained only a year before the onset of the Caribbean crisis. With high probability we can assume that the destruction of hundreds of thousands of people and the transformation of part of the United States into an uninhabitable desert should be attributed to the attack of the Soviets. And what is the best way to "hide" the fact that this catastrophe is the result of its own mistakes, to strike back at the USSR.

Meanwhile, having miraculously escaped a nuclear catastrophe, the United States continued to increase its nuclear arsenals until the SALT-I treaty was signed in 1972. After that, the number of atomic warheads remains stable, however, experts are worried about another problem - the aging of the nuclear infrastructure. Over the past 40 years, the American nuclear arsenal has been worn out in order, and now a B-52 is not even needed for a monstrous disaster. The slightest malfunction of equipment that has served for more than a dozen years and ... the radiation background in the desert of North Carolina will be deadly to humans.