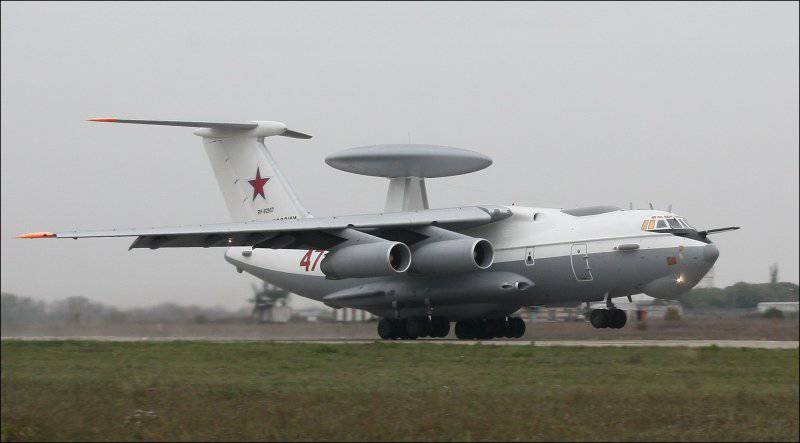 The third modernized long-range radar detection and control aircraft A-50U will be handed over to the Air Force of the Russian Federation, Interfax-AVN reports with reference to the spokesman for the Russian Air Force, Colonel Igor Klimov.


“The flight, cabin and engineering staff of the Center for Combat Use and Retraining of Ivanovo Flight Command departed for Taganrog aviation scientific and technical complex G.M.Berieva for receiving a modernized A-50U long-range radar detection and control aircraft, ”I. Klimov said.

According to him, military pilots will check the performance of power plants on the ground, in various modes, and the readiness of the aircraft to perform the flight. In addition, the aircraft will perform three flights at medium and high altitudes, during which, the operability of the radio engineering complex, communications equipment, the passage of commands in an automated mode aboard the fighter, the system for receiving and processing information will be tested.


“After successful inspections, the plane will fly to the center of combat use and retraining of flight personnel in Ivanovo to the Severny airfield,” said I. Klimov.

Aircraft A-50U is designed to detect air and surface targets, targeting fighter crews to targets, transmitting information to radar stations and ground control points. The basis of A-50U is a powerful and modern radar complex "RM".