Who to believe? (Ostrogogo pneumonia in the eyes of some media) 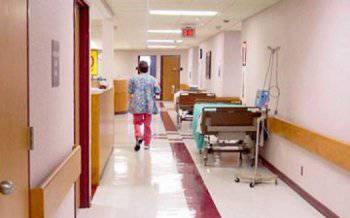 “Information is what we communicate to the consumer,” said one of the most famous American TV presenters, W. Cronkite.


After reading the statements on this topic of various media, I decided to comment on this.

On January 29, the Ombudsman for the Voronezh Region, Tatyana Zrazhevskaya, visited the guarded part. According to the Ombudsman, conditions for conscripts are ideal. The temperature in the premises is maintained at 21 degrees, there is a room for drying clothes, where the temperature of the equipment is 45 — 50 degrees. Also, there are two souls per company. In addition, quartzing is constantly held in the premises, and conscripts are given a vitamin cocktail every day - a mixture of syrup with a decoction of linden and other useful herbs.

Lusy, the song in the open! I am touched by how wonderful everything is! A month has not passed, and the representative has already inspected everything.

According to official data, 688 soldiers got into Voronezh hospital in January, of which 98 came down with a diagnosis of pneumonia. The rest - SARS and other diseases. The epidemic at the training center began before the New Year. Attention, question: it only seems to me that one of the turtles of that ... is lying? Tell me, stupid, how can you get sick in such luxurious conditions?

As told Zrazhevskaya, conscripts three times a day measure the temperature. If it is above the norm, the soldier is sent to the medical center. It has 33 cots. Half of them are now busy. According to the ombudsman, there are more than enough medications in the first-aid post. Every month, the military sends to the ministry applications for drugs that are lacking. Anti-cold medicines have remained since last autumn.

And in December last year in Nikita Nikita’s demobilization hospital in Voronezh (he was in the same room with my mate with pneumonia), I told something else. “I begged to take me here. In the medical unit - oak forest, treated with aspirin and paracetamol, something else was pricked. Damn him, with demob, here at least cure. " Another week after the date of the layup lay, by the way. Well, doleli, not kicked out.

At the same time, the head of the medical unit, Captain Zolotavin, hanged himself. What caused the suicide, investigators are now investigating. According to some information, the head of the police bought at his own expense the missing medicines for the soldiers, since they had to treat with expired medicines.

According to Zrazhevskaya, the epidemic is already declining. Now in Voronezh Hospital 230 soldiers from the unit. At the same time, recovering conscripts from the hospital are first placed in a quarantine room, and only then completely put into normal service. The Ombudsman noted that the leadership of the unit is open for inspection and can be viewed with documents.

Well yes. Labor doctors of the Voronezh hospital. And Nikita told me that before taking him to the hospital, they took him a written receipt not to disclose everything related to the epidemic. Trifle ...

According to Zrazhevskaya, the main problem in the unit is the lack of medical staff. Now on 1500 conscripts have 3-4 paramedic. They can not determine the time of complications in sick conscripts. Moreover, the medical staff is fully staffed. The Ombudsman believes that the number of medical staff must be increased. The unit also noted that the place of the hung chief of the medical unit is now occupied. But the name of the doctor is not called.

I don’t know what they showed to the bokosmen (they came up with the term), but for some reason the soldiers from that part spoke with one voice about dampness, cold and complete refusing to treat the diseased. And I believe them more. And with a new doctor - lies. I learned through friends. He is not here.

Everything is very similar to the old army anecdote about the fact that "everything is in order, only Tuzik died." A joke a joke, but two young men died and the officer committed suicide. Not the worst, according to reviews.

And we continue to sing about the fact that "everything will be fine."

This is how it happens: they sing, they sing, and then they wonder where so many people want to make it, with pink and orange flags.

Ctrl Enter
Noticed oshЫbku Highlight text and press. Ctrl + Enter
We are
What you didn't want to know about EnglandList of destroyed the largest and most high-tech enterprises
Military Reviewin Yandex News
Military Reviewin Google News
51 comment
Information
Dear reader, to leave comments on the publication, you must sign in.