"The era of wars and revolutions" - the return? 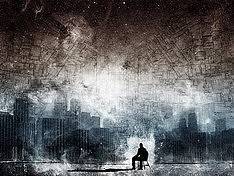 Remembering the Third World Vain about every fallen bomb has long become fashionable. As a rule, this is nothing more than rhetorical exercises. Recently, however, the situation in the world is increasingly beginning to resemble La Belle Époque - the “beautiful era" preceding the First World War. 2011 becomes if not like 1913, then at least 1900.

It is believed that globalization makes global wars meaningless. But rarely did trade, investment, and humanitarian ties evolve as actively as they did before the First World War. International trade grew at an impressive pace — for the second time it reached the same volume only in 60's. Entrepreneurs with almost equal ease could invest in Iran or Luxembourg. Not only goods, but also masses of the population were actively moving - the peak of migration fell on the “beautiful era”, by the way, accompanied by the same noise effects as now. The average European could travel the world almost without hindrance.

As a result, there was talk about world government and erasing borders - and it really began. Economic globalization, having reached certain limits, led to attempts at further “integration” with the help of shrapnel and mustard.

Another 2 characteristic signs - a surge of terrorism and "opposing" the growth of pacifism. The turn of the nineteenth and twentieth centuries was teeming with dynamiteers (the anarchist international), and pacifism was very popular.

Concerning the periodicity of conflicts, Toynbee put forward a “two-generation hypothesis”. Its essence is that the survivors convey a sense of horror from the war to their children. However, when the military stories told to grandchildren, war is already erased from memory, and the stories emphasize heroic and majestic military exploits. Therefore, the grandchildren are ready for the test again and dream of military glory.

The problem is that the Toynbee prescribed interval was not observed even in cases where all the prerequisites were for this. The idea of ​​the alternation of world and supporting wars also turned out to be erroneous - the Second World War followed the First World War. Moreover, the sequence was clearly not observed in the 17th century - the Thirty Years War, “recorded” in supporting conflicts, was in fact a typical “world” massacre.

However, the cyclical nature of global wars does not negate this. Therefore, rather quickly, they tried to find a rational explanation for it, associating it with the Kondratieff economic cycles.

In other words, the “attacks” of world and supporting wars invariably began in the ascending phase through the 10-23 year after the start of the cycle. A typical period can be considered from 10 to 15 years.

An attempt to fit wars into the general scheme of the Kondratieff cycles was undertaken by J. Goldstein. His idea boils down to the fact that world wars are caused by a gap between the declining rates of increase in production efficiency and the continued growth of the economy (it falls with a delay in 10 years). This gap leads to an increase in the demand for raw materials and new markets (since it is impossible to develop intensively and have to develop extensively), which provokes collisions. The greater the financial and military potential of the rival powers, the more bloody the war. Global conflicts once again stimulate innovation. Further, by destroying production, they force states to reorient resources to solve internal problems and clear up space for the formation of a new technological order - which accelerates the growth of production efficiency. Then the effect is exhausted - and we see a new round of growth in spending on "defense" ...

We live within the Kondratieff cycle that began in the 1973-75 biennium. The highest point of the cycle falls in the middle of 1990-x - for the West, this is the era of prosperity. Now - the final part of the downward stage, a cyclical crisis.

It is easy to see that "our" cycle contains a riddle - the war, which was to begin in 1985-1990 in the framework of the traditional scheme, did not take place. There was a round of confrontation between the United States and the USSR in the Reagan era, but instead of a collision, one of the rivals simply collapsed. Does this mean that the standard layout has stopped working? Extremely unlikely. "Failure" was the result of combining a number of unique factors, which is unlikely to be reproduced in the next cycle.

First of all, it should be noted extremely non-standard parameters of the USSR as an opponent of the current hegemon. First, the USSR-West rivalry was rather paradoxical. It was a confrontation between two complementary economies - an exporter and an importer of raw materials in conditions, as a rule, of penny prices for these same raw materials; 70's oil shock was artificial. In other words, the confrontation was almost without an economic foundation and came down to pure geopolitics. Secondly, by the beginning of 80 (despite the left-wing rhetoric), the USSR economy was already on the verge of a crisis. After the brilliant accomplishments of 30-60's, the era of regression has come - unobvious in 70's, but fully manifested a decade later. These two factors are more than enough for the Soviet elite to raise their paws up.

The sixth cycle will obviously take place against the backdrop of the US-China rivalry. However, it is obvious that they will become the cores of extensive coalitions (Entente-2 versus the Quarterly Alliance -2). At the same time, there are no prerequisites for the crisis of the Chinese model in the coming 20 years. Next is the potential collision of two competing economies (we are talking about two importers of raw materials in terms of its high cost and shortage). At the same time, the importance of foreign markets - including the American one - for China is rapidly decreasing. The role of trade and financial “dependencies” is generally overestimated - in 1914, countries were tied up with very interconnected economies. In other words, we are dealing with a classic “beautiful era” scenario.

At the same time, the idea that nuclear weapon ruled out the possibility of large wars between the "world" powers, has nothing to do with reality. Wars using tactical nuclear weapons are possible, and, sooner or later, inevitable. As for strategic nuclear weapons, their massive use of an enemy capable of large-scale retaliatory strike is excluded. As a result, after the USSR had the opportunity to launch a retaliatory nuclear strike, the doctrine of limited nuclear war quickly became the official doctrine of the United States, including a purely “tactical” one in escalation control mode. The USSR declared that a limited nuclear war would inevitably grow into a universal war. However, this thesis has never been set firmly, and the leadership of the Union undoubtedly prepared primarily for a limited conflict (hence tens of thousands of tactical ammunition and tanks) Thus, nuclear weapons did not “cancel the war forever”.

On this basis, the probability of a global conflict in the ascending phase of the next Kondratieff cycle looks almost one hundred percent. More specifically, we are talking about the possible beginning of a conflict in the interval between 2018 and 2031 years (I remind you that world wars begin 10-24 years after the onset of a cyclical crisis). At the same time, even “reformatting” the world economy in an anti-globalistic way will not have any effect. We should not think that wars are generated by globalization. Rather, they arise in the specific development of the economy, which creates "demand" for it. Therefore, the compression of international trade and the slide into protectionism only aggravates the problem - this was exactly what was observed during the Great Depression, which, as we know, ended World War II.