90 years of the first Constitution of the USSR 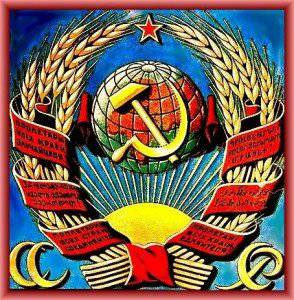 90 years ago, 31 January 1924, the first Constitution of the USSR was adopted. The basic law of the Union of Soviet Socialist Republics (established December 30 1922) had the highest legal force. The constitution enshrined in law the social and state structure of the Soviet Union, the basic principles of organization, activity, as well as the competence of the organs of the socialist state, the electoral system, the rights and duties of citizens. The Constitution of 1924 of the year, unlike the Constitution of the RSFSR of 1918, divided the rights of the USSR and the Union republics. The center received all the main state legal functions of higher authorities: the development of the fundamentals of legislation, the security of the state, foreign policy, allied industry, finance, transport, communications, etc. The republic received secondary functions.

The appearance of the Constitution of 1924 was a consequence of the formation of the USSR in 1922. The formation of the USSR was determined by the political will of the Bolsheviks, who relied on a wide population. The population of the former Russian Empire surged in excess during the years of the Civil War, intervention, the dominance of national separatists and all kinds of gangs that did not have a special political platform and simply robbed people. Understanding of the need of the state for the safety of people and order was received by everyone, based on personal experience. Only a strong state could provide external and internal security, mobilize the economic resources of the republics to restore the destroyed national economy, transport infrastructure, and implement plans for modernizing the economy. In addition, the restoration of statehood was due to historical and cultural unity of the territory of Russia. Therefore, the process of unification and restoration of statehood was simultaneously carried out “from above” (by the Bolshevik party) and supported “from below” (by the people).

Vladimir Lenin defined and formulated the basic principles of the basic law as early as 1918, when, under his leadership, the first Constitution of the RSFSR was drafted. In December, the 1922 of the year opened the I Congress of the Soviets of the USSR. Lenin was elected its honorary chairman (he was not present because of the progressive disease). The Congress of Soviets approved the Declaration and the Treaty on the formation of the USSR. The USSR included the RSFSR, Ukraine (Ukrainian SSR), Belarus (BSSR), and Transcaucasia (ZSFSR). The congress decided to draft an all-union constitution, each of the republics already had its own constitution.

It should be noted that during this period there was a tough confrontation between the two concepts of the creation of the USSR. Stalin, who headed the commission on the establishment of the USSR, fought for the "autonomy" of the national republics. They were supposed to be part of the USSR as autonomy. Initially, the project was approved in Minsk, Kiev, Baku and Yerevan. Only Tiflis (Georgia) was against. The Central Committee of the Georgian Communist Party voted against this draft. Although Ordzhonikidze and Kirov came to the then capital of Georgia to convince local communists of the correctness of this decision. Then, Ukraine was against the Stalinist project. Kiev and Tiflis spoke about a union of republics without a single supranational control center. Stalin believed that the formation of national republics is a logical continuation of the revolution, but the further development of these processes will lead to a dispersion of resources, the threat of intervention and colonization. Lenin initially supported Stalin with his idea of ​​“autonomization” and a strong center, but then began to insist on the “federalization” of the state. In addition, Lenin could have been influenced by a disease that undermined his thinking abilities, made him irritable and suspicious. As a result, a compromise was adopted. Formally, the republic retained the status of state formations and the right to secede from the USSR. However, in the competence of the Union were left all crucial areas, including the formation of a single budget of the USSR.

In April, 1923 passed the XII Congress of the RCP (B), at which it was suggested that the highest bodies of the USSR take into account not only the general needs and requirements of all the peoples of the Union, but their specific needs and requirements. The need to establish a special body of representation of nationalities on the principles of equality was noted. At the same time, the need to ensure equality of rights and obligations of the Union republics was noted when building the central bodies of the USSR. Representatives of the union republics should take part in their work.

Soon after the congress of the Communist Party, the CEC created an expanded Constitutional Commission. It included 25 people, including representatives of the CEC of all union republics. The constitutional commission was headed by Mikhail Kalinin. In June, a meeting was held with senior officials of the national republics and regions. At the meeting, a proposal was made about the need to establish a second chamber of the USSR CEC, which will include representatives of the Union and autonomous republics. The second chamber was to be approved by the Congress of Soviets of the USSR. The meeting proposed and the name of the two chambers of the CEC of the USSR - the Federal Council and the Council of Nationalities. Both chambers were equal in rights and had the right to legislative initiative.

The 1924 Constitution of the year consisted of two sections: the USSR Declaration of Education and the USSR Treaty of Education. The declaration on the formation of the Soviet Union contained the basic principles of the unification of the republics (voluntariness and equality), the special nature of national relations ("national freedom and equality, peaceful cohabitation and fraternal cooperation of peoples"). The Declaration also emphasized that national hostility and inequality, colonialism, chauvinism, national oppression and war reign in the capitalist camp. Expressed the necessity and inevitability of the expansion of the Union.

Treaty on the formation of the USSR including 11 chapters (72 articles). The first chapter defined the sphere of activity of the supreme organs of the USSR. The second defined the rights of the Union republics. So, among the rights was the possibility of leaving the USSR and the impossibility of changing the borders of a union republic without its consent. It was established union citizenship. The third chapter defined the order of formation and the powers of the Congress of Soviets of the USSR. Chapter Four revealed the powers of the Soviet CEC. It consisted of two chambers - the Union Council and the Council of Nationalities. The Union Council was formed from representatives of the Union republics (in proportion to the population of each republic). The total size of the chamber was determined in 414 people. Representatives of the union and autonomous republics (5 people from each) and autonomous regions (1 from each) formed the Council of Nationalities. Sessions of the USSR Central Executive Committee were to be held three times a year. In between, the Presidium of the CEC of the 21 person was considered the highest authority.

The fifth chapter defined the powers of the Presidium of the CEC, which was the highest legislative, executive and administrative body. The sixth was about the Council of People's Commissars. The government was the executive and administrative body of the CEC. Council of People's Commissars consisted of 12 people: the chairman, deputy, chairman of the High Council of National Economy (VSNH) and nine people's commissars. The seventh chapter defined the powers and procedure for the formation of the Supreme Court of the USSR. Chapter Eight considered the composition and powers of the people's commissariats. The ninth chapter defined the working order of the OGPU. The prosecutor of the Supreme Court should supervise the actions of the United State Political Administration. The tenth determined the structure of the authorities of the Union republics. Almost all of them were subordinate to the central authorities. The eleventh chapter approved the symbols of the state - the emblem, flag, and determined the capital of the state.

According to the Constitution, the exclusive jurisdiction of the Union included: foreign policy and trade; questions of war and peace; military establishment; economic planning and financial management; All-Union Justice. The highest authority of the USSR was the Congress of Soviets of the USSR, which was elected from the city councils and from the provincial council congresses. In the intervals between Congresses, the highest authority was the CEC of the USSR. The Central Executive Committee of the USSR formed the Council of People's Commissars of the USSR (SNK of the USSR), which was the highest executive and administrative body.

Ctrl Enter
Noticed oshЫbku Highlight text and press. Ctrl + Enter
We are
The internal springs of the Soviet-Polish warUnion of four
Military Reviewin Yandex News
Military Reviewin Google News
8 comments
Information
Dear reader, to leave comments on the publication, you must sign in.