January 31 2014
38
A few days ago, the British press published the first information about a possible agreement between the UK and Russia. According to The Telegraph, the contract will be signed this spring, after which the two countries will be able to start cooperation in the military-technical sphere. Official confirmation of the existence of the draft agreement has not yet appeared, but British journalists cite statements from several unnamed sources. 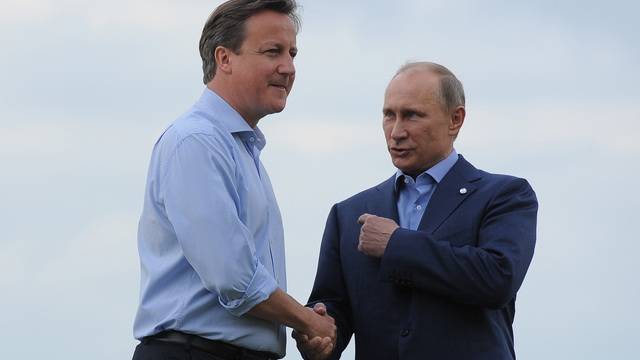 With reference to a representative of the UK Ministry of Defense, it is reported that the parties are currently working on the full text of the agreement and are making the necessary changes to it. The agreement, which must be signed by the British Ministry of Defense and the Russian Federal Service for Military-Technical Cooperation, will define the conditions, rights and obligations of defense companies of the two countries in the field of military technology. The exact terms of the agreement have not yet become known.

According to the publication The Telegraph, the main consequence of the bilateral agreement will be the ability to buy weapons and equipment abroad. Thus, the British military will be able to buy Russian weapon and equipment, and the Russian army will have the opportunity to purchase British-made military products. At the same time, however, the cooperation of the two countries will not be limited to the purchase of finished products. It is possible that the defense enterprises of Great Britain and Russia will begin to exchange technologies and work on joint projects.

The subject of future transactions may be various military products. For example, the publication of The Telegraph mentions the opinion of unnamed Russian diplomats. They hope that in the foreseeable future the new treaty will have the most interesting consequences, including the delivery of Kalashnikov assault rifles to the British armed forces. Of course, such expectations may not be justified, but mutually beneficial purchases of various elements of equipment or equipment look quite realistic.

According to The Telegraph, the new agreement between Russia and the UK will concern “free access technologies”. Based on this information, it is possible to outline an approximate circle of technologies and products that will become the subject of new bilateral agreements. Most likely, the parties will order from each other some products that are not associated with complex and new technologies. Therefore, it is unlikely that Russia and the United Kingdom will sell each other armored vehicles or anti-aircraft missile systems.

At present, the parties are only preparing a draft agreement and therefore it is too early to talk about its conditions and consequences of a military-political or military-technical nature. Nevertheless, it can already be noted that such a treaty would be useful for countries from the point of view of international relations. After a series of events in recent years, relations between official Moscow and London have noticeably deteriorated. The signing of contracts on cooperation in the military-technical sphere will have a positive effect on the relations between the two countries.

Cooperation in the military-technical sphere can also be viewed as a way to expand the economic ties between the two states. So, currently in Russia there are about 600 British companies. For comparison, the number of German firms doing business in our country is more than an order of magnitude more: there are about 7000. The agreement on cooperation in the field of armaments, equipment and equipment can attract British businessmen to Russia and thereby have a beneficial effect on the economic ties between the two countries.

The international agreement, the signing of which may take place this spring, will be the next step in strengthening ties between Russia and the UK. The strategic dialogue between the foreign policy and military departments of the two countries began thanks to the agreement of Russian President V. Putin and British Prime Minister D. Cameron. In 2012, they agreed on the need for new negotiations involving diplomats and the military.

The bilateral dialogue continued in March 2013, when Defense Ministers S. Shoigu and F. Hammond discussed common issues of cooperation between countries in the military sphere. Finally, last fall, Russia and the United Kingdom agreed to jointly provide security at the upcoming Olympic Games in Sochi. In accordance with the existing agreement, the British intelligence services will provide all possible assistance to their Russian colleagues.

As we see, the available information on a possible Russian-British agreement on cooperation in the military-technical sphere indicates a future strengthening of ties and improvements in relations between the two countries. At the same time, information published by the British press, which has not yet received official confirmation, does not allow us to speak with confidence about the consequences of signing a new agreement. Perhaps some points of the agreement will certainly be useful for the Russian defense industry and the armed forces, and the implementation of others will be associated with some problems.

Currently published information allows you to make only the most general assumptions. If the staff of The Telegraph has received the correct information, then the terms of the Russian-British agreement will be available in the next few months. As already mentioned, according to British journalists, the contract will be signed in the spring.

Ctrl Enter
Noticed oshЫbku Highlight text and press. Ctrl + Enter
We are
World MIC - who is in the topMinistry of Defense Innovation Day
Military Reviewin Yandex News
Military Reviewin Google News
38 comments
Information
Dear reader, to leave comments on the publication, you must sign in.