An open letter to Ashton: The blood and death of Ukrainians on the conscience of the EU

January 31 2014
178
Journalist Oles Buzina published in her blog an open letter to Galina Yevsyukovka, a resident of the village of Makarovo in the Luhansk region, to the High Representative of the European Union for Foreign Affairs and Security Policy Catherine Ashton. 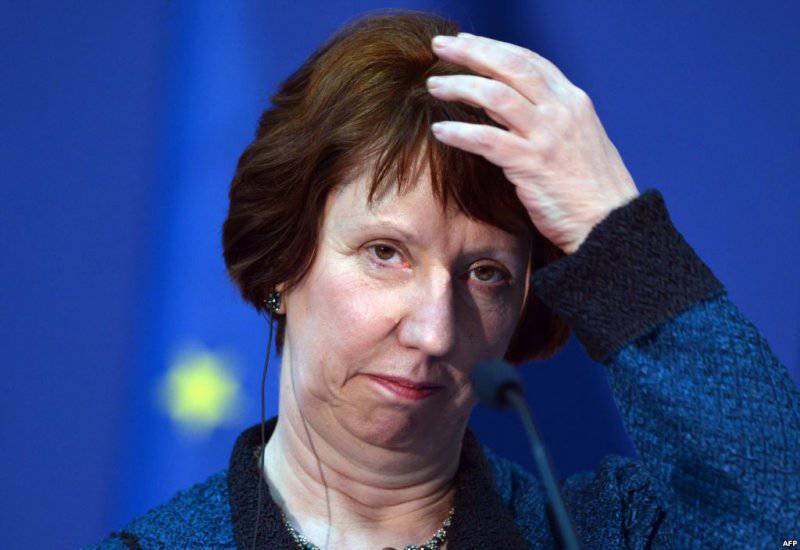 We publish the text of the letter without changes:

"Dear Mrs Ashton, I, a simple Ukrainian woman from a small village in Eastern Ukraine, blame you and the European Parliament for putting pressure on the state of Ukraine, an aggressive policy that led to events happening from November 2013 of the year to the present."

I’m 50 years old, and to convince me of choosing a vector for Ukraine, I need proof. It may surprise you, but I was not too lazy to familiarize myself with the 906 pages of the association agreement that your European government imposes on the state of Ukraine - this is the discharge of the country!

I did not vote for President Yanukovych, but in this case I think that he will enter history as a politician who dared to say no to unconditional surrender. You will not be able to deny that the terms of the agreement ignore the close economic ties of Ukraine and Russia, thereby provoking outrage among citizens of industrial regions of Ukraine. I invite you to Lugansk, Donetsk, Zaporozhye, Kharkov - look into the eyes of the miners, the workers of enterprises that have work thanks to orders from Russia. They defend their right to work, the lives of their children.

Do you want to help us? Help create jobs in Western Ukraine. And then those who take out the pots for your elderly Europeans will return. Help the children get their parents back. We do not need your “cheap” products - they are deceitful, like your entire European cooperation policy. You play on the feelings of the Ukrainian youth, which sees beautiful pictures of European cities. Tell them the truth. On the growth of unemployment, the economic and demographic crisis. Europe is dying out! With your reforms you have changed the public consciousness of people. Homosexuality, which until the year 1973 was considered a disease by the World Health Organization, is considered your norm. In 10 countries legalized same-sex marriages, in 3-s countries were allowed these "families" to adopt children.

I was shocked by the norms of your education: a child up to 4 must provide information about the enjoyment of physical intimacy. At the ages from 4 to 6 years - about sexual pleasures and different family concepts, and in 9 years - an exam on the understanding of orgasm. Mother of Ukraine - hear me !!! Ukraine has already released children's books about homosexuals. The corruption of our children is in full swing, and its main goal is the destruction of the traditional family and the education of perverts!

And this is your merit, Mrs Ashton. I got acquainted with your biography - you worked in the field of education and social policy. The French magazine Causeur writes: "The foreign policy of Europe is entrusted to the most incompetent woman. When Europe has nothing to say, it sends Catherine Ashton."

Let me give an example of Estonia, which in 2007 adopted the law of the "Bronze Nights" in response to opposition of the opposition. And Turkey, France, Egypt? So why is your policy so one-sided? And your simplified Schengen is valid only on paper. How many Ukrainians were denied a visa? You need only the resources of Ukraine and the market! Do you want to make Ukraine a banana republic-will not work!

Citizens of Ukraine! Do you want Europe in Ukraine?

Do not spit in the elevator, do not scum in the entrance, do not throw garbage on the street, drive by the rules, do not take and do not give bribes, respect your history and culture. Think and do not be a vegetable. I ask international lawyers and deputies of the Verkhovna Rada of Ukraine to assist in drawing up a claim on material and moral damages to the state of Ukraine, as well as to Ukrainian citizens for the restoration of health, to the European Parliament.

I urge the women's organizations of Ukraine to rebel against the invasion of alien ideology!

I blame the European Parliament for instigating and trying to break up Ukraine. That you plunged my country into fighting without rules. On your conscience is the blood and death of Ukrainians!

Ukrainian, tell yourself: "My country is my rule," the statement says.

Ctrl Enter
Noticed oshЫbku Highlight text and press. Ctrl + Enter
We are
Oles Buzin: Results of mobilization in UkrainianOles Buzin: How much is the price of "kennels" in Prague for political immigrants
Military Reviewin Yandex News
Military Reviewin Google News
178 comments
Information
Dear reader, to leave comments on the publication, you must sign in.