PACE knows who is to blame for the Ukrainian conflict 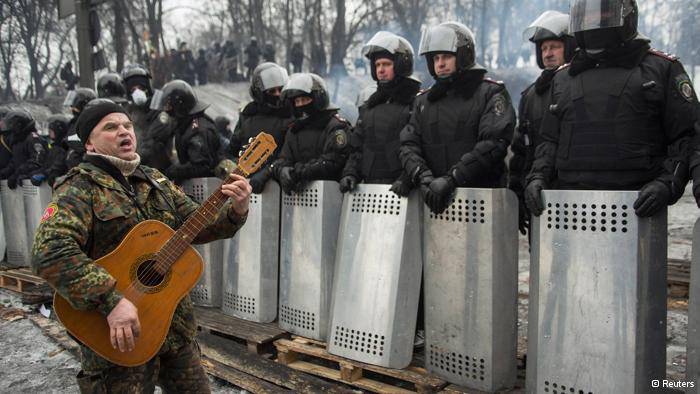 The Parliamentary Assembly of the Council of Europe is an organization whose strangeness in the administration of a policy has to be made almost permanent.

Recall that the PACE is a consultative body that consists of parliamentarians from various European countries. The main purpose of this body is a kind of “reconciliation of watches” by representatives of various delegations on certain issues. It is of interest that the “reconciliation of watches” in PACE is carried out with a high degree of originality: the western “watches” by definition are “exactly”, but the “eastern” watches (Russian, Belarusian, Ukrainian and others) are certainly “lagging behind”. And the western sector of the PACE every time tries to “bring the clock down” - so that we, so to speak, keep up with that time and with that understanding of the situation that he (the West) considers the only correct one. Against this background, resolutions adopted by the PACE, and this is perhaps the only thing that the Parliamentary Assembly of the Council of Europe is different lately, are turning into documents thoroughly imbued with conflict and double standards.

A similar “impregnation” was noted and discussion of the resolution on the Ukrainian issue. This time, in PACE, whose full members (on paper) are both Ukraine and the Russian Federation (12 parliamentarians from Ukraine, 18 - from Russia), decided to express their concern with Ukrainian problems exclusively in an original way. The “key” is approximately the following: the Ukrainian authorities are to blame for everything themselves, because at the Vilnius EU summit they did not want to sign an association agreement with the European Union, succumbing to “economic and political pressure” from Russia ... They say that get-pogroms, arson, Nazi slogans, cries of exclusivity, calls for the violent overthrow of power.

Now, the PACE by a majority vote calls Ukraine to immediately fulfill a number of conditions, and by the same majority immediately intends to deprive the PACE Ukrainian delegation of the right to vote if these conditions are not met ... At the same time, the conditions put forward by “progressive Europe” are a priori for Ukraine deaths are like. What is at least the condition to remove representatives of the Internal Troops, militia, “Berkut” from the streets, so that they could not “use violence” against “peaceful demonstrators” ... In general, the essence of the prepared document is understandable, and this document outraged how Ukraine ( a part that is still capable of rational thinking), and so is Russia.

The keynote speakers on Ukraine were such “professionals” in the Ukrainian situation as Marietta de Purbe-Lundin (from Sweden) and Mailis Reps (Estonia, Alliance of Liberals and Democrats for Europe). 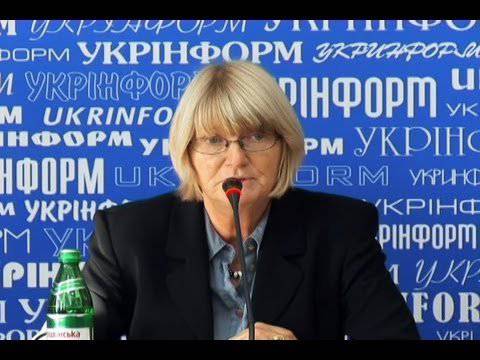 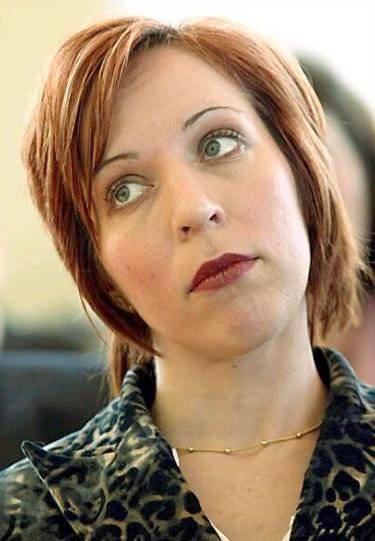 Well, the fact that the Swedes from long-standing (perhaps from the “Poltava”) consider themselves experts in the Ukrainian lands - we guessed ... But Estonians, where, excuse me, climb? Or does this same Reps believe that its membership in the structure, in the title of which there are the words “liberals”, “democrats” and “Europe”, initially gives her the opportunity to act as an expert on the situation in any state in the world, regardless of the mood and concerns of this state?

Before the meeting, the Assembly was addressed by its head, Anne Brasseur, who literally stated the following:

We must help the Ukrainians out of this crisis, and, without going into the details of their domestic policy ... 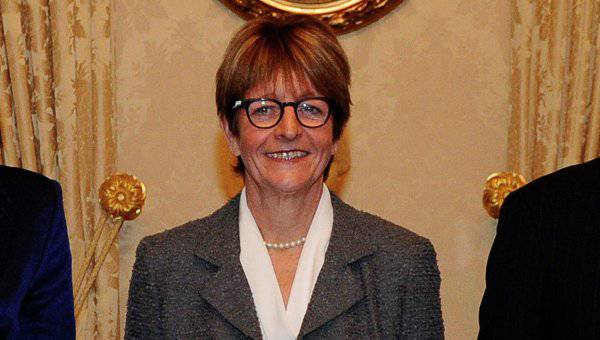 In both! That is, the PACE leadership signs in advance that he does not care about the Ukrainian internal political details, no one (apparently, neither Reps nor Purbi-Lundin) was going to understand it initially, but they are trying to “help the Ukrainians” ... like this: we do not know what you want, but we know well what we want, and therefore we will help you ...

The head of the Russian delegation, Alexei Pushkov, having studied the draft resolution proposed in PACE, was noted by the following publication in his microblog:
In PACE, they are trying to condemn Russia for the "pressure" on Ukraine in a situation where the EU countries not only pressure, but directly interfere in the affairs of Ukraine.

In the resolution on Ukraine in PACE, representatives of the EU countries seek to again strike at Russia, distorting events and facts. Political aggression.

The resolution is full of double standards. The authorities of Ukraine are accused of using force against demonstrators, which the authorities in the EU constantly do.

Another representative of the Russian delegation, Robert Schlegel, tweets:
The authors of the PACE report on Ukraine proposed to deprive the delegation of Ukraine of the word at the next session

The Assembly has just, with a difference in 20 votes, rejected an amendment on the need for a free referendum in Ukraine. What a feyspalm.

And the truth is that perhaps the “advanced” European “democrats” can afford to criticize the fact of the decisions taken by the Ukrainian delegation regarding them ... Of course not. Therefore, the idea of ​​depriving the right to vote of the Ukrainian delegates may well be implemented in practice through a majority in PACE. Adoption of the amendment, which actually does not allow for holding a free referendum in Ukraine, also fits into the same outline. Well, it is not in the interests of modern “democratizers” that the honest will of the people of Ukraine, the majority of whom (of the people) unequivocally speak in favor of maintaining close contacts with Russia, despite the obvious pressure from the West.
The western and pro-Western part of PACE (and not only PACE) is, and, frankly speaking, furious, because it was not possible to tear Ukraine away from Russia by a pile of papers of the association agreement, just as it was not possible to completely bury Ukrainian production (agriculture, aviation and the aerospace industry), which, incidentally, is still a serious competitor for the EU. The electric power and coal mining sectors of Ukraine alone are worth what! For well-known reasons, the West (and PACE today once again confirms this) is not interested in a normally functioning Ukrainian industry, which is also essentially oriented towards the markets of the Customs Union countries.

In general, once again it is possible to say that PACE is an organization that seeks to look at events occurring in the world, exclusively through such lenses, which multiply one and many times reduce the other. As an example: the words of the resolution on the use of force by the Ukrainian law enforcement officers against peaceful demonstrators ... But the words about how these “peaceful demonstrators” throw police bottles with incendiary mixtures, use cold weapons, provoke the "Golden Eagle" to a bloody conflict, the draft resolution does not. The draft contains words about “political and economic pressure” from Russia, but there are no words about more than large-scale (with financial support from radical anti-government organizations) pressure from the West ...

It should be recalled that several years ago the PACE delegation tried to “inspect” the presidential elections in the United States. Then the "inspectors" just thrown out from the sites. They shook themselves off, scratched themselves and fell back, not adopting any resolutions on this issue ... For democracy! ..

Isn't it time to take such a “democratic” version as a note to both Ukraine and Russia? And then, you understand, the Swedish-Estonian "inspectorate" in Kiev, an expression of concern about the actions of the Ukrainian police, the negative role of Moscow - is it not too much that PACE takes on? ..

Ctrl Enter
Noticed oshЫbku Highlight text and press. Ctrl + Enter
We are
Results of the week. "Of course, he is guilty, but he ... is not guilty ..."New Resolution on Abkhazia and South Ossetia from PACE
Military Reviewin Yandex News
Military Reviewin Google News
42 comments
Information
Dear reader, to leave comments on the publication, you must sign in.