War at our borders. Why is it inevitable 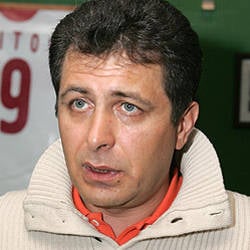 
Whoever eats a girlfriend, forgive her and dance.

It’s also interesting not the similarity of political technology schemes implemented - it’s more than obvious, and this was often said and written, including here, on “However”, and not only your humble servant: just look at the recent publication of Anatoly Wasserman.

We are more interested in the fact that in different places of the planet with this realization of the same “schemes” “at the exit” for some reason almost always everything turns out differently. In terms of results.

Take, for the purity of the experiment, territories where the implementation of these political technologies has, for various reasons, done without gross external interference and / or direct foreign intervention. Libya, Syria and the former Yugoslavia are therefore not suitable for us, Russia, Egypt and Ukraine remain.

Here we compare them.

The result is what is called - on the face.

In the Russian Federation, a carefully prepared “belolentochnaya revolution” (the fact that it was thoroughly prepared was easily confirmed by the medical fact that the website of the White Ribbon movement to combat fraud in the elections to the State Duma of the Russian Federation was registered in the United States by Israeli citizen Arsen Revazov long before the elections themselves, right after a certain V.V. Putin announced his desire to be elected for the third presidential term, and the revolution was immediately called “snowy”, although there was no snow at all that winter) - so: in Russia This carefully prepared and generously financed “revolution” by the Federation has failed in a completely magical manner. Not only to the complete bankruptcy of the entire constellation of the participants of the process, but, in fact, to the complete discrediting of all shades of the anti-state ideology in general. It can be said that for Russia it turned out to be something like an infectious disease, from which the patient, if not dying, acquires stable immunity.

In Egypt, the “revolution” seemed to have won at first, but then, thank God, it was quite well suppressed to the joy of the majority of the long-suffering Egyptian people. Although, of course, not yet fully.

Ukraine, especially in the light of recent events - I really don’t want to “croak”, but even hunting is no longer a lie to itself — it seems that it is sliding into the “Yugoslav version”. And even without any “humanitarian bombing” to you. No matter how sad it sounds, but - and they even, it turns out, are not needed here: these politicians are without American aviation quite capable of bombing themselves.

And here arises the most important, from my point of view, question: why ?!

The difference in mentalities?

There is something else, the same abstract?

It’s just that the Russian Federation, which was most carefully “hunted” and which most of all, will be frankly lucky, at the time of the “attack of political technologists” was capable — albeit rather imperfect — but at least partially sovereign, which means responsible state.

Egypt didn’t have such a state, but there was at least an army - yes, a business mired in unusual business structures and other dubious affairs - but organized and, most importantly, understanding that it has something to fear and something to protect it from .

In Ukraine, at this particular point in time, do not deceive yourself, there is nothing at all.

In addition to the repeatedly devoted "Berkut" and Orthodox monks with icons.

Instead of the state - oligarchic clans gnawing between themselves.

Instead of the army, it is generally not clear what.

The rest is purely regional self-organization: in the west it is its own, in the east, of course, it is its own.

What comes out of this - anyone can guess himself.

And - with any outcome of the current stage of "confrontation".