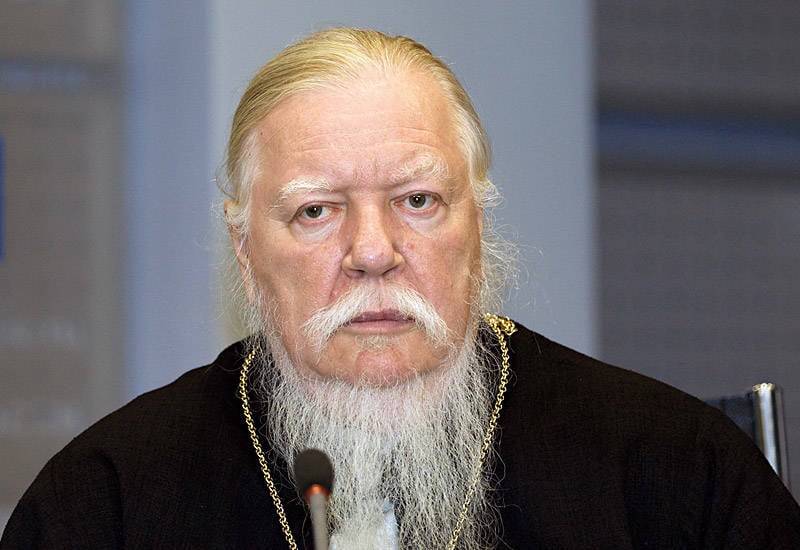 The topic of “family values” in contemporary political rhetoric is almost cult. Nowadays no star of politics or show business can speak about them. True, the discourse of family values ​​in Russia is peculiar, if we speak in the context of the dominant religion.

After all, how often does it work? In the temples we pray, we set candles, and then we walk, and then from the "fattened up", which was not useful, is killed in the mother's womb. The state seems to be in words and against such “family planning”, but in practice it is not that it supports, but also does not particularly hinder.

With all current restrictions, advertising the clinic in the newspaper, where, among other things, the point “Abortions” is registered, is much easier than advertising cigarettes or alcohol. Abortion is somehow not perceived at the top as a danger ... Is it any wonder, by the way, that with such an abundance of medical advertising, fitness and other things, the nation for some reason does not want to be healthy and strong?

“In terms of disease, even among schoolchildren, and in terms of extinction speed, we have half a century left to exist both as a people and as a state,” the head of the Patriarchal Commission on Family, Protection of Motherhood and Childhood said during his speech to the Federation Council Dmitry Smirnov.

Terrible prediction, is not it? It is, of course, very easy to write off on Fr. Dmitry to metaphors. As one can probably call some exaggeration the following thesis of the priest: “We do not love and do not want children. Translated into Russian, this means that we do not want Russia, its continuation; we want our culture to die, to have mosques instead of our churches. ”

Of course, this is not about everyone, but including some of those who have gathered a lot in the hall to listen to what the famous shepherd will do for demography. Their names, surnames, titles still announce история, but for now it is still possible to oppose them somewhat down, waving numbers and graphs. The birth rate is on the rise, maternity capital is growing, the state loves, appreciates and does not forget ...

And this love and care, of course, is very much felt in regions where local authorities continue to judge in a rather peculiar way about the needs of mothers of many children, offering those who take ridiculous handouts for the very support that they should be grateful for. This is easier than, for example, to allocate land and give non-burdensome (ideally - generally interest-free) loans for housing and education. Since the market with the 90-ies and did not really get accustomed to be more humane to those with whom you want to "raise Russia."

Abstracts about. Dmitry, in an interview with the KM.RU columnist, was fully supported by the head of the Orthodox Life Education Center, Archpriest Maxim Obukhov:

- There are, of course, some modest grounds for optimism, but this is not about "increasing the birth rate." In general, demographic processes are very inert, they stretch over decades. Those of our fellow citizens who are now in reproductive age were born in the 80-ies, when there was a short peak in the birth rate. And what will happen next? Demographic processes are in principle very difficult to manage. It is not enough just to open a certain financial tap and sit, rubbing your hands, in anticipation of the rise of indicators.

This is not the creation of infrastructure, not construction, not breeding piglets. Decisions on demographics should be of a strategic nature, not momentary. On the other hand, there have been certain changes in public opinion: the influence of the Russian Orthodox Church in our society is very serious. The decrease in the number of abortions, which is observed, in many respects I link it with this factor. But to say at the same time that the problem is solved, of course, is impossible. The threat remains, and for this part of about. Dmitry can not argue.

- But still, did not the distinguished archpriest retain too much paint? Is it true that with such a policy of Russia only half a century has been measured?

- Any prediction is relative, and in his speech about. Dmitry warned about the danger that awaits Russia. But this was not a prophecy: it is precisely a warning, a warning, a call to think about the scale of the problem. Of course, there are countries in the world that have large territories and are sparsely populated. For example, Canada, where 30 millions of people live somewhere, Mongolia, Kazakhstan ... But still, it will be more difficult for Russia to overcome the consequences of such a state of affairs - for a number of reasons that geopolitical experts will tell you better. But we already feel the demographic pressure. Therefore, we still have a lot to do to strengthen the demographic situation ... but it is not done.

Anxious about It is difficult for Dmitry to disagree also because, as it is easy to see, the state, for example, issues subsidies for in vitro fertilization programs. Billions of rubles are directed, in fact, to birth control, to ensure artificial childlessness. At the same time, measures to support large families, especially in economically weak regions, are clearly insufficient to provide them with normal living conditions and for the development of children. And this must be talked about tirelessly, without embarrassment: the danger is too serious, which Fr. warned about in his speech to the Federation Council. Dmitry Smirnov.