Fight on the outskirts of Mozdok 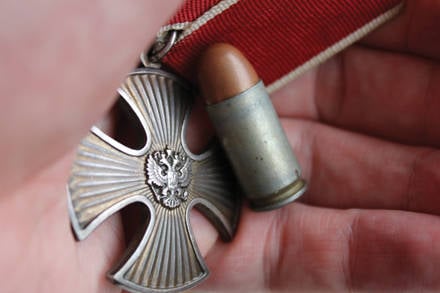 Any soldier who participated in counterterrorism operations in the North Caucasus knows about Mozdok. Military stories associated with the city, whose name derives from the Circassian "maz degu", which means "dark forest", a great many. Sad and funny, touching and instructive, tragic and heroic.


History few know about captain Sergey Astanin, operational officer of the Russian FSB Directorate for the Republic of North Ossetia-Alania, who was killed on February 9, 13, during the detention of armed bandits. This misunderstanding will help to correct the “Hun” - one of the comrades of the deceased.

- Sergey was born here in Mozdok, October 21 1981. He studied first at the local secondary school number 2, then at the school of the village of Lukovskaya (a suburb of Mozdok), from which he graduated in 1998 year.

Higher education in the Rostov State University of Communications. After that he worked in his native Lukovsk school as a teacher, teaching the children the subject of “Basics of life safety”.

In 2005, he entered the service in the state security organs, graduated from special courses.

The first time, when I ran into him in the corridor and the smoking room, I thought that the guy was too careless, kind and unorganized for our work. Where Sergey appeared, the atmosphere immediately became more joyful and funnier from his humor and smile. But the very first serious case showed that, despite the cheerful nature and mischievous appearance, Astanin is a very capable, astute and competent employee. He quickly grabbed information, did not hesitate to learn from the experience of the old-timers of the department and soon earned him respect. Believe me, to do this in a team of experienced operatives is very difficult! 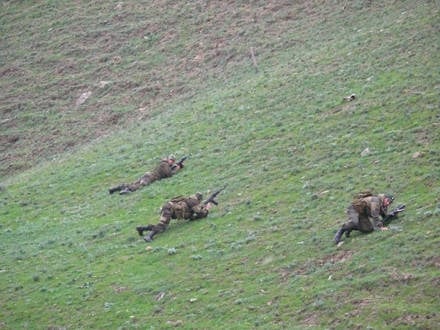 Together we unraveled a tangle of crimes, through several links leading to the participants of the gang, created by some Shikhayev. Criminals owning a large number of firearms weapons, ammunition, explosives, explosive devices and elements to them, operated on the territory of the entire Mozdok district.

As a result of joint operational search activities with colleagues from the Ministry of Internal Affairs, in August 2007, Shikhayev was tracked down in Lukovskaya. After passing a two-month "training" in one of the camps of militants in the mountain-wooded area of ​​the Main Caucasian Range, he intended to carry out a series of terrorist attacks in North Ossetia.

The leadership planned to keep Shihaev alive by catching at the exit from the house.

It turns out. We drive up in two cars from different sides closely, shouting: “Give up! On the ground, face down. ” And he pulls out a pistol, shoots recklessly, point-blank, wounds one officer in the stomach at a tangent, tumbles like a hare, jumps - and away to the nearest cottage! Run after him. Well, scum, I think, once I put up armed resistance, now you will receive the full program, call on the radio "heavy" and the army on armored vehicles!

Having blocked together with the arrived reinforcements a plot with a dozen of rural dachas, we began a sweep and, naturally, figured out the terrorist. He again arranged the shooting, wounded an army officer. He responded fire bandit "reassured."

During the inspection of the fighting site, we found in the Shikhayev’s F-1, 10 detonators, components for the manufacture of improvised explosive devices, and when inspecting the gangster’s home, we found a series of photos from the militants ’camp, including one of the leaders of the underground sub-underground, forbidden literature and videos.

Shihayev’s accomplices — Kashashov, Malikhonov and Alashev hid for a while, lay low, but in the winter they grew bolder and again took up their dirty business.

On the morning of February 13 2008, we left the office of the head, the daily planning was over. They were already going to disperse, as they saw that a policeman had come to the department. The man was alarmed, he found a letter from one of the militants, which he hurried to bring to us.

From the clumsily written note it followed that one of the members of the gang of the destroyed Shikhayev said goodbye to his relatives and asked them to hand out his debts. He himself allegedly cannot do this, because "he received an instruction from above and sets out to administer jihad over the infidels." It turned out that the gangster decided to attack the authorities, and then intended to go into the woods. 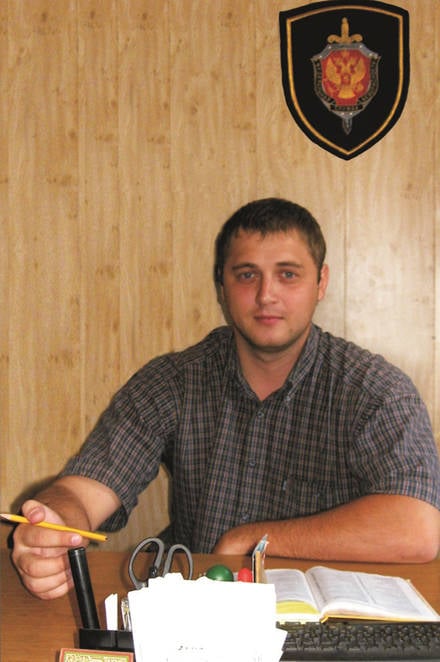 We immediately began to break through the situation: where did the policeman find the letter and how, to whom exactly was it intended and for what, when was it hidden and by whom?
Comparing the information already available with the incoming information, we understood approximately where the militants might be located, and drove there in several cars.
At this time, the operational duty officer sent a message with orientation to the criminals to all law enforcement units. And they drove into a small field, spread out from the outskirts of Lukovskaya to the bank of the Terek, began to dig the ground, unfold the polyethylene and unpack the weapons laid in the caches.

Armed, the gangsters in anticipation of future victories flopped into a warm car and gave off gas. Not here it was! The foreign car, pushing through the rut, got stuck in thick mud and sat on the bridges. Having tried to latch the car and having understood that they couldn’t push the vehicle out before the road, they didn’t think of anything more clever than calling a taxi.

We found out these details later, and then I received a call from a private security officer from the Department of Internal Affairs. Choking with excitement, the policeman said that while he was on a detour of a protected object, a branch of the pipeline, he and his partner noticed a taxi pulling a dirty foreign car on the asphalt on a cable. Having stopped the car, he approached the taxi driver and asked for documents: driver's license and technical passport of the car. For check. A partner, moving in the direction of a foreign car, took a walkie-talkie - I wanted to report suspicious people who looked like wanted ones. The gangsters, sensing something was wrong, grabbed their weapons and, with shouts about universal jihad, opened fire on the policemen.

The police, well done, were on the alert and reacted before they saw the muzzle of machine guns on their faces, pulled them down from the curb. Saved your life.

Having figured out where the militants could taxi, in order to cut off the exit road towards Chechnya, I ordered the driver to turn right into the courtyards. Not having driven hundreds of meters, we stumbled into a taxi, to which our colleagues from the second car, which followed another route, ran up. And then around the corner shows a foreign car militants! We run strictly, as in the workouts worked out: we block trips. Considering that on the one hand there is a concrete fence, and on the other - a residential building, so the militants have nowhere to go. But they were not going to give up. Having jumped out of the car and firing pistols on the move, Alashev, Kasheshov and Malikhonov rushed to the house. First we were shot to death, two others ran into the house, took a hostage.

In the bustle of shooting, Astanin decided to change his position, run about twenty meters ahead and attempt to quietly walk around the house, free the hostage. Kesheshov, having climbed to the second floor, knocked out a small dormer window of the attic and, noticing Seregu from there, released a sighting line into it from the machine gun. Top down. One of the bullets hit our comrade in the chest, punched a lung, knocked off her feet.

We could not crawl and evacuate Sergey: the fighter did not even let him lean out of the shelters, blasting the concrete in front of our heads in short bursts.

Twenty minutes later, a machine gun was brought up at the UAZ. The machine gunner got down to business, in long bursts forced the murderer to hide in the depths of the building. Sergey was immediately taken out of the battlefield and put in a car for urgent transportation to the hospital. It is terrible, but Astanin was no longer among the living.

Fifteen minutes later, special forces of the Ministry of Internal Affairs and the army team arrived at the armored personnel carriers and began to storm the house. As a result of the operation, Malikhonov was killed, Kesheshov was wounded, and the person captured by them was released.

Later, the court sentenced Kasheshov to 20 years of imprisonment with a sentence being served in a high-security penal colony.

For courage and dedication in the performance of military duty, Captain Astanin Sergey Grigoryevich was awarded the Order of Courage by post of the President of Russia (posthumously). Also, in accordance with the order of the Director of the FSB of Russia, Astana was forever enlisted in the lists of employees of the FSB Office for the RNO-Alania, and all materials about Sergey’s life, in order to perpetuate his memory, are housed in the Museum of the History of the FSB of Russia. 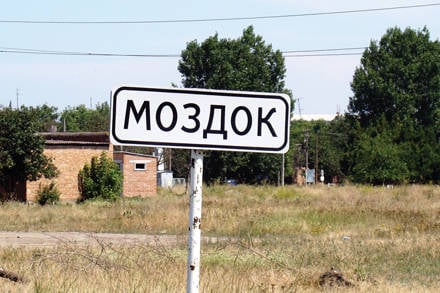 In the 2011 year, on the 30-th birthday of the hero, in the place of his death, a new park was born around a memorable granite stone set earlier. After the grand opening, flowers were laid and a meeting was held at which the director of the Lukovo School, Klara Bigaeva, announced that by the decision of the Assembly of Mozdok District representatives, the school was named after captain Sergei Astanin.

In addition, pupils with their teachers opened a corner of Sergey’s memory in the school’s museum, and an annual futsal tournament named after a brave officer was organized on the sports ground.

I am proud to have served with Sergey Astanin. Eternal memory to him.